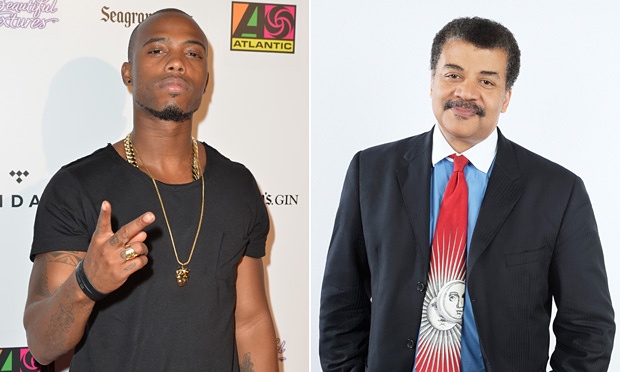 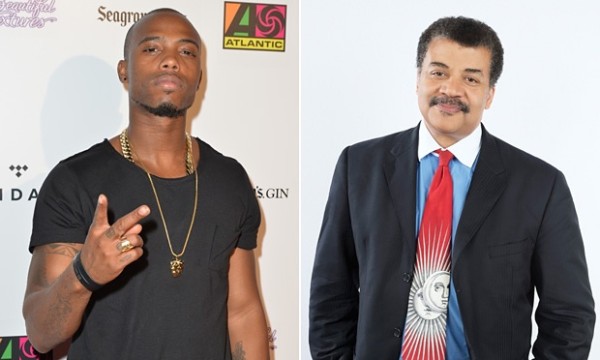 American rapper BoB has taken his claims that the Earth is flat and written a rap, in which he restates his views and disses award-winning astrophysicist Neil deGrasse Tyson who refuted the singer’s arguments on Monday.

When the singer repeatedly tweeted that the Earth was flat, Tyson pointed out some flaws in his logic. BoB claimed that the New York City skyline shouldn’t be visible from 60 miles away at Harriman State Park’s Bear Mountain. He said it would be hidden behind 170 feet of curved Earth, if the planet were not flat.

‘I didn’t wanna believe it either’: Rapper BoB insists the Earth is flat
Tyson not only pointed out that most buildings in Manhattan are much taller than that, but also corrected the rapper’s calculations, informing BoB that the Earth’s curve blocks 150 feet of Manhattan, not 170. But Tyson assured BoB: “Being five centuries regressed in your reasoning doesn’t mean we all can’t still like your music.”

Seemingly displeased by the astrophysicist’s critiques, the rapper released a diss track titled Flatline on Tuesday. It features a recording of Tyson talking about the formation of the Earth as well as numerous conspiracy theories from BoB.
In the lyrics, the rapper claims that “Globalists see me as a threat” and compares himself to black power activist Malcolm X. He calls science a “cult” and adds that Tyson needs “to loosen up his vest”.

He asks: “Why is Nasa part of the Department of Defense?” In his tweets on Monday, he posted photos of the Earth provided by Nasa, hinting that they had been fabricated. “Come on Nasa make your mind up, what does the Earth really look like?” reads the caption of one photo.

The rapper also instructs listeners to “Do your research on David Irving.” Irving is a well-known Holocaust denier who the English court found “persistently and deliberately misrepresented and manipulated historical evidence” such that he “portrayed Hitler in an unwarrantedly favourable light”. BoB adds: “Stalin was way worse than Hitler.”

He also refers to Dr Richard Sauder, an author who has written numerous books including Underground Bases and Tunnels: What is the Government Trying to Hide?, in which he explores the possibility of secret government funded underground bases.

BoB has continued to tweet his arguments on Tuesday, despite his followers and the public questioning his motives.
No I’m not crazy , Yes I’m feeling fine, no I’m not doing anything stronger than weed, am I doing this to promote my music .. No…

He added: “I’m going up against the greatest liars in history … you’ve been tremendously deceived.”

Later on Tuesday afternoon, Tyson’s nephew, who performs under the name Tyson, responded with a battle track of his own defending his uncle. Riffing on Drake’s diss track to Meek Mill, Back to Back, it’s called Flat to Fact and asks at one point: “Is Donland Trump the one who’s feeding you all these stupid bits of information?”