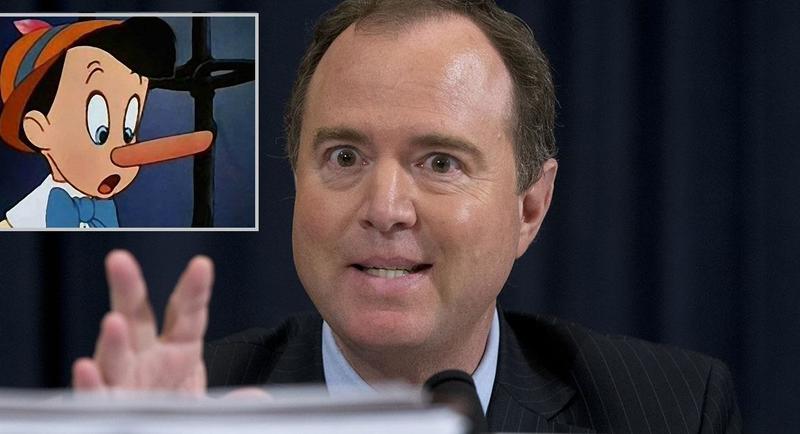 House Intelligence Committee Chairman Adam Schiff (D-CA) was called out by the Washington Post for claiming last month that his panel had “not spoken directly with the whistleblower” – a CIA employee whose second-hand account of a phone conversation between President Trump and Ukrainian President Volodomyr Zelensky sparked impeachment proceedings.

“We have not spoken directly with the whistleblower. We would like to,” replied Schiff, adding “But I am sure the whistleblower has concerns that he has not been advised, as the law requires, by the inspector general or the director of national Intelligence just how he is supposed to communicate with Congress, and so the risk to the whistleblower is retaliation.”

After it was revealed that the whistleblower approached Schiff’s panel – which then directed him to a Democrat attorney, the Post gave Schiff four Pinocchios for his statement, which they called “Flat-out false.”

“Schiff on ‘Morning Joe’ clearly made a statement that was false,” said the fact-checker. “He now says he’s was answering the wrong question, but if that was the case, he should have quickly corrected the record. He compounded his falsehood by telling reporters a few days later that if not for the [inspector general’s] office, the committee would not have known about the complaint. That again suggested there had been no prior communication.”

“The explanation that Schiff was not sure it was the same whistleblower especially strains credulity,” added WaPo. “Schiff earns Four Pinocchios.”

For those keeping track, Schiff has now lied about his panel’s contacts with the ‘whistleblower’ and fabricated quotes from the Trump-Zelensky phone call, which he later scrambled to call a parody.

A House Intel Committee spokesperson told The Post that Schiff’s reply “should have been more carefully phrased.”

“Regarding Chairman Schiff’s comments on ‘Morning Joe,’ in the context, he intended to answer the question of whether the Committee had heard testimony from the whistleblower, which they had not,” said the spokesperson. “As he said in his answer, the whistleblower was then awaiting instructions from the Acting [Director of National Intelligence] as to how the whistleblower could contact the Committee. Nonetheless he acknowledges that his statement should have been more carefully phrased to make that distinction clear.”