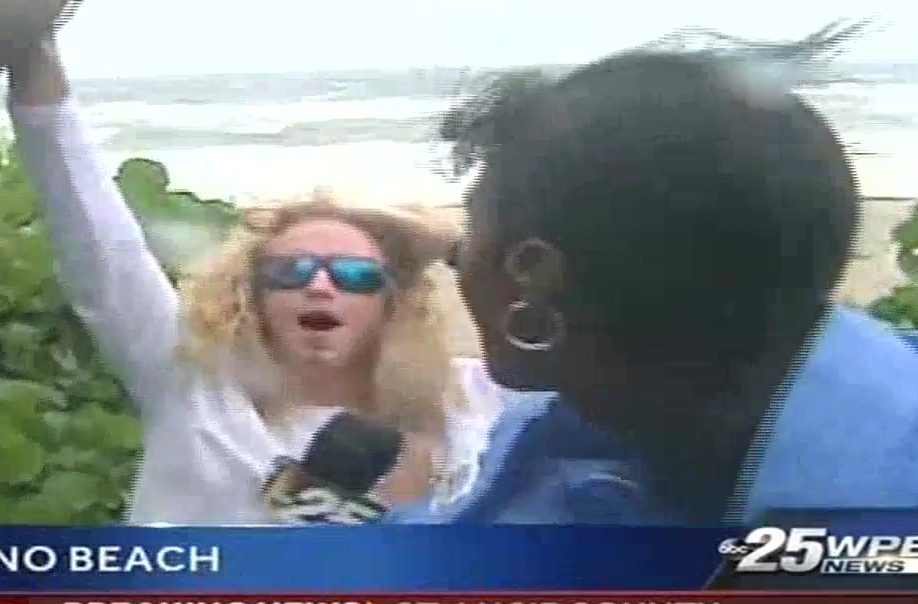 A Florida man in West Palm Beach braved the oncoming storm to crash a local weather reporter’s coverage of Hurricane Matthew and preach the word of Harambe.

The White House has declared a State of Emergency, and Florida Governor Rick Scott has begged people near the coast to evacuate — but that didn’t deter this unidentified madman from getting the word of our beloved primate out.

The reporter was speaking on how scary it was outside, when her shot was crashed.

The anchor was not amused by his support of the great gorilla’s spirit, and snarkily brushed him off as she told them to move along — though she could not help but laugh a little.

“We think we have a little indication as to who those guys are if they are out in this storm,” Salley replied.

Approximately 1.5 million people are currently being evacuated from coastal communities in Florida, Georgia, and South Carolina, as the deadly storm that has already claimed over 100 lives makes its way towards the United States.

Hurricane conditions were expected to reach Florida by Thursday’s nightfall, and the governor has pleaded with residents to flee for safety. He asserted that “this is not something you should take a chance with, time is running out” and exclaimed that there are “no excuses” for staying behind. He even bluntly stated that “this will kill you.”

Over 2,500 active members of the National Guard have also been deployed to the state to assist with evacuations.

Despite the state expecting up to 125 mph winds, this guy’s dick will clearly remain firmly out for Harambe — we just hope that he leaves the beach and keeps it out in a safe shelter.