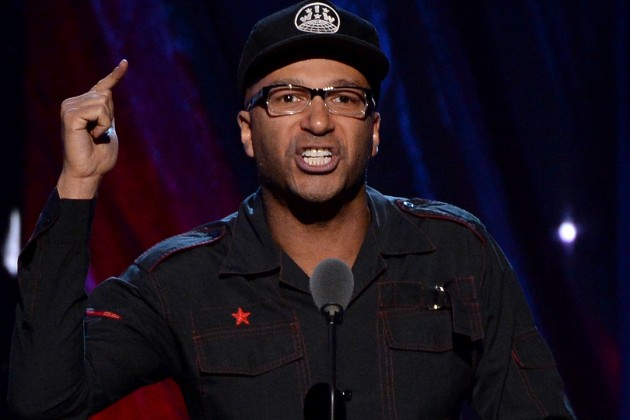 Tom Morello, formerly of Rage Against the Machine, has vowed to “cause a ruckus” at the Republican National Convention, and made the promise while wearing a red “Make America Rage Again,” hat. 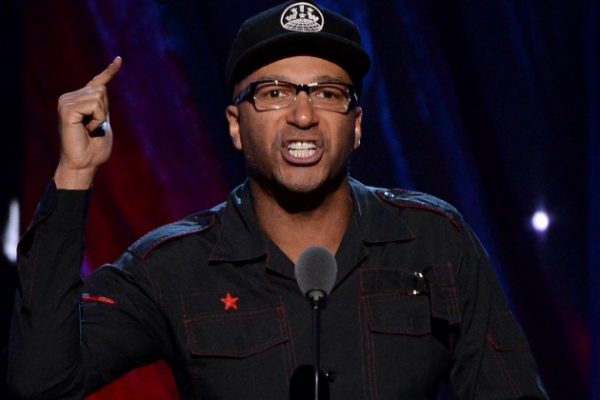 Morello has formed a new super group called ‘Prophets of Rage,’ which includes another former member of RATM, Tim Commerford, as well as Chuck D from Public Enemy, DJ Lord, and B-Real from Cypress Hill. The band made their debut at a show at the Whiskey a Go Go in Los Angeles on May 31, and is ready to head to the RNC for a pop-up concert in protest.

The group is performing classics from all three of their previous bands, as well as new songs.

“One of the things that has irked me greatly is the way that the media has talked about both the Trump campaign and the Sanders campaign, as both of them are ‘raging against the machine’” Morello previously told reporters. “We we’re going to set that record straight once and for all what it really means to Rage Against the Machine.”

In an interview with Bloomberg Politics, the rockstar called Donald Trump a “racist demagogue” and Bernie Sanders “a dreamer” as if the latter is a bad thing. He then stated that Hillary Clinton is “the lesser of three evils,” which many have said makes his credibility seem questionable as the former first lady has vowed to have more hawkish policies than any of the candidates, and even the “drone ranger” President Barack Obama.

“None of those choices are good enough,” Morello stated.

Trump is expected to be nominated as the Republican candidate at the convention in Cleveland, which is taking place from July 18 through the 21.

“Well there’s a thing called the Republican National Convention in July, and that will be a perfect place for a band like Prophets of Rage to cause a ruckus, and we will be there on the streets, in the field,” Morello told Rolling Stone. “We have a venue and there may be venues that will be spontaneous venues, it’s hard to say. This is the kind of thing you don’t broadcast to the local authorities prior to arrival.”

When asked if they will also be crashing the Democratic National Convention in Philadelphia, Morello stated that “anything is possible.”
In 2008, Rage Against the Machine made massive waves when they played an protest concert outside of the RNC in Minneapolis — which lead to over 100 people being arrested.