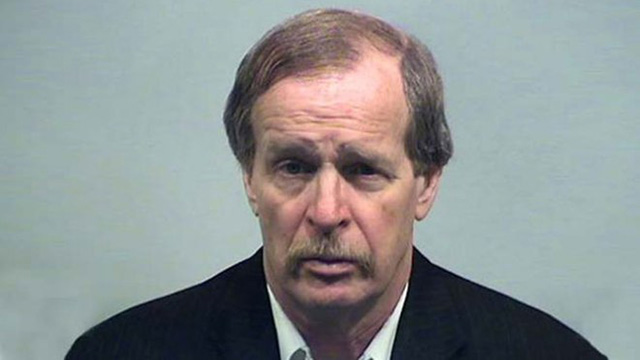 Richard Keenan, the former Mayor of Hubbard, Ohio, is facing life behind bars for raping a 4-year-old girl over a three-year period.

Keenan says the four-year-old was a “willing participant” in his sexual act.

He pled guilty to 20 counts of sex crimes, including eight counts of rape, WYTV reported. Keenan reportedly agreed to a life sentence with the eligibility of parole after ten years.

He was arrested on August 18 and released on bond the very same day, according to jail records. Despite multiple attempts from several media outlets, J. Gerald Ingram, the former Ohio mayor’s attorney, has refused to comment on the crimes his client is accused of.

Keenan once described himself as a man of faith, according to The Washington Post.

Keenan made the confession to his wife, a pastor, a social worker and his brother and sister-in-law according to the filing by Assistant Prosecutor Gabriel Wildman, Vindy.com reported.

When Keenan’s wife confronted him about the allegations, he responded, “I did it.”

“It gives the victim some closure. Obviously, keeps this young child from having to testify and I think it’s a good result given all the facts and circumstances,” said Wildman.

Keenan’s bond was revoked until his sentencing with Assistant Prosecutor Wildman stating that Keenan was a risk to himself and others.

“Obviously, we feel it’s inappropriate that he’s out. We feel that given the nature of the crimes and what he’s pled guilty to, the public has an interest in him being incarcerated,” said Trumbull County Assistant Prosecutor Gabe Wildman.

Judge Peter Kontos agreed, revoking Keenan’s previous $75,000 bond. Keenan is now being held in Trumbull County Jail until his sentencing. He will undergo a pre-sentencing investigation, which could take a few weeks.

It is unclear how the former Ohio mayor came into contact with the child.