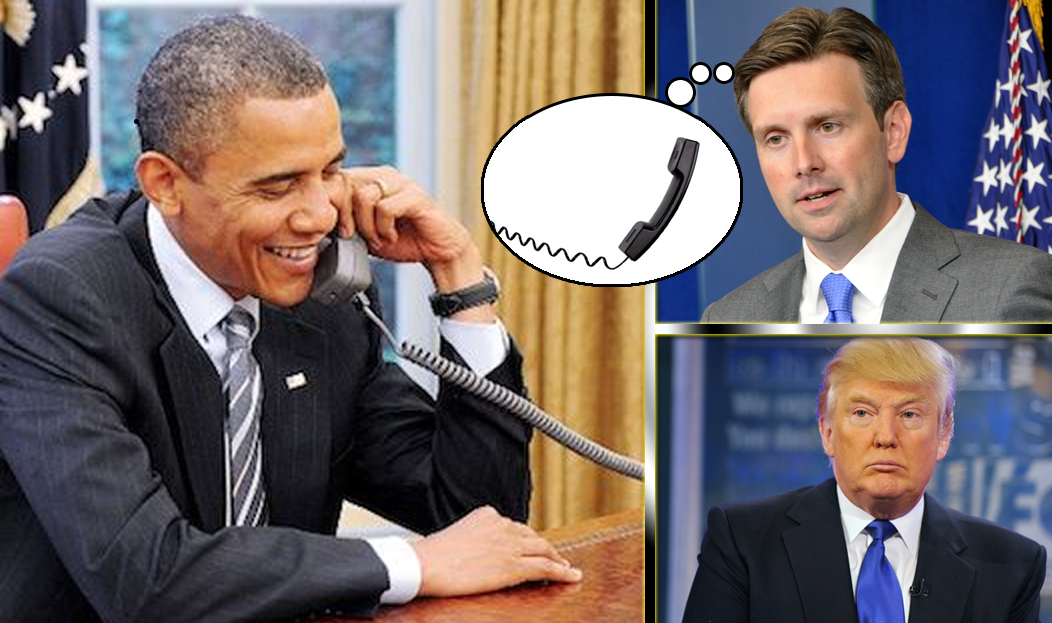 NBC News hired former White House Press Secretary Josh Earnest as a news analyst, as announced today. While introducing him on live TV, he was told that he would have to “wear your analyst hat, not your Democrat hat.”

Earnest smiled it off before immediately attacking the Trump administration. When asked who is to blame for the Republican failure to repeal major parts of ObamaCare, Earnest said:

“Well, it turns out that governing is actually a lot more complicated, and in many ways, more difficult than campaigning. The challenge of this starts at the top, and if you’re going to be president of the United States, and you actually want to go out and solve problems for the American people, then you have to figure out the way to get it done. If you are not going to be willing to make calls to the other side, and actually try and build bi-partisan legislation, then you’re going to have trouble”

Immediately making a clear reference to failed Republican effort over the past few weeks to repeal and replace ObamaCare, Earnest suggested that President Trump should even perhaps call Barack Obama:

“The telephone line still works, so if he wants some advice or some insight, I’m confident that President Obama, who is interested in the success of the country, would be happy to share his experience with President Trump.”

NBC Today Show reporter Savannah Guthrie immediately followed up with this comment by saying: “That sounds like the press secretary’s answer” before ending the show. This provides evidence that NBC News was not looking for a fair and unbiased analyst, but rather someone with the Democrat prestige and credentials of Earnest to be on their show.

Watch the full interview below:

NBC announced the hire by a memo, which has since circulated around various news sources. The memo reads:

“A native of Kansas City, Josh graduated from Rice University with a degree in political science and policy studies. With his wealth of experience and insight, Josh will be a great addition to our roster of contributors and will be an asset for our two networks as we continue to cover the White House, Congress and politics beyond the Beltway.”

What this hire proves is what alternative media have proven for years: mainstream outlets like NBC are nothing but propaganda for globalist puppets like Obama.