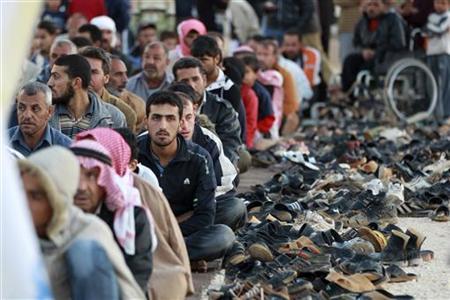 A veteran refugee coordinator gave a firsthand account of the problems within the country’s refugee admissions program, which she used as support for the full implementation of President Trump’s travel ban.

In a letter to the Chicago Tribune, Mary Doetsch said she recently retired after 25 years of working for the State Department. During that time, she gained experience as a refugee coordinator in the Middle East, Africa, Russia and Cuba.

“I have seen first-hand the abuses and fraud that permeate the refugee program and know about the entrenched interests that fight every effort to implement much-needed reform. Despite claims of enhanced vetting, the reality is that it is virtually impossible to vet an individual who has no type of an official record, particularly in countries compromised by terrorism.”

“We can only query against that which we have collected, and so if someone has never made a ripple in the pond in Syria in a way that would get their identity or their interest reflected in our database, we can query our database until the cows come home, but there will be nothing show up because we have no record of them,” Comey said in 2015.

Tom Ridge, the nation’s first secretary of Homeland Security, also spoke out in 2015, and said the U.S. does not have “sufficient information from law enforcement, the intelligence community to do effective screening” for all Syrian refugees seeking asylum in the U.S.

“Particularly from certain parts of the world, I’m just not sure that we’ve got the background information — they talk about screening, they talk about being able to review everybody in a timely way, and it may take a year or two,” Ridge said.

Even former presidential candidate Hillary Clinton admitted in a leaked transcript that it is impossible to fully vet all refugees.

At the time, Clinton was worried about the risk of “jihadists” entering Jordan with “legitimate refugees,” because “they can’t possibly vet all those refugees.”

Despite their comments, Trump’s executive order—which places a 90-day ban on travel from Iran, Iraq, Libya, Somalia, Sudan and Yemen, and an indefinite ban on Syrian refugees—has been met with severe backlash from the public, the media and some federal judges.

In her letter, Doetsch claimed that under the Obama administration, the U.S. Refugee Admissions Program expanded “blindly without concern for security or whether it served the best interest of its own citizens.”

“The legally questionable resettlement of refugees from Malta to the United States grew substantially, despite the fact that as a European country with a functioning asylum system, ‘refugees’ should have remained there under the internationally accepted concept of ‘the country of first asylum.’ Similarly, the ‘special’ in-country refugee programs in Cuba and Russia continue, although they are laden with fraud and far too often simply admit economic migrants rather than actual refugees.”

Doetsch also stated that the refugee program “must change dramatically and the courts must allow the president to fully implement the order.”

To make matters worse, an inspector general’s classified report revealed that since 2011, the refugee database has been vulnerable to hacking attacks.

Fox News reported that in 2013 and 2016, there was malware installed on the system, and “investigators flagged security incidents in 2016 where a third party installed software, potentially exposing the refugee database to malware.” The incident from 2013 is still under investigation.