‘You The Jury’: Fox To Air Reality Court Show Where Viewers Decide The Verdict 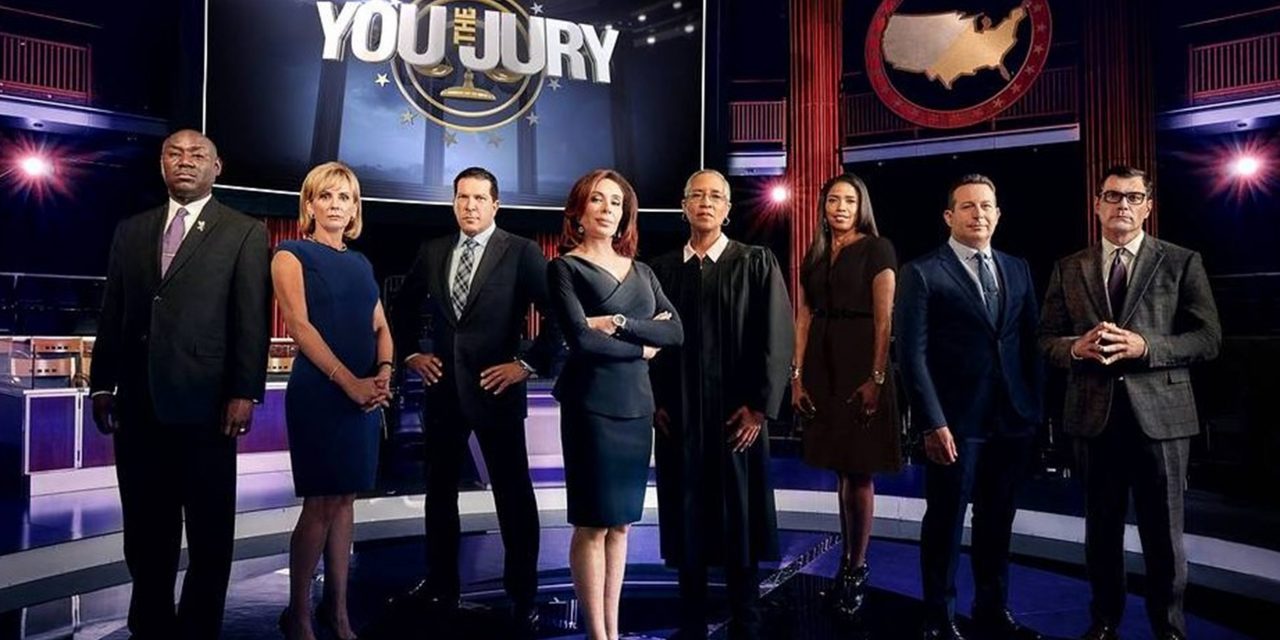 Fox has ordered an unscripted reality TV show called “You The Jury” which will allow viewers to text in their verdict deciding civil cases.

The show will be hosted by Fox News’ Judge Jeanine Pirro the show premieres Friday, April 7 at 9/8c on Fox TheWrap reported.

The attorneys will present their case to a former judge of the Superior Court of California LaDoris Cordell.

Each case will touch on hot-button issues, such as online trolling, gay rights and religious freedom according to Fox.

Here’s how the show will work:

“After a case has been presented during the East coast and Central time zone broadcast, viewers get about five minutes to vote via text and the Fox Now App. The binding legal decision will be revealed at the very end of the episode. However, when the West Coast votes, if the cumulative votes (East/Central and West coast/Mountain time zone combined) lead to a different verdict, the original verdict will be overturned as the final outcome of the case,” The Wrap wrote.

NBC ordered a similar reality show with roughly the same title in 2015 called “Law & Order: You the Jury.”

Like Fox’s new show “Your The Jury” NBC’s “Law and Order: You The Jury” was set to be a one-hour show that would air live civil cases and allow viewers to vote on the outcome of the verdict.

The status of NBC’s program whether or not it’s still in production is not known. Although Entertainment Weekly noted that the producer Dick Wolf’s bio on NBC listed the show as “upcoming.”

You can watch a preview for Foxs’ new show You The Jury below.

“Welcome to the new face of American justice,” Pirro says in the promo for the series (above.)

What do you think about Americans being able to decide the fate of people through a text message?

Is this a new revolutionary way to the court system, or is it dangerous?