Freedom Of Speech Under Attack In UK: Nationalist Reporter Threatened With Arrest For Recording AntiFa 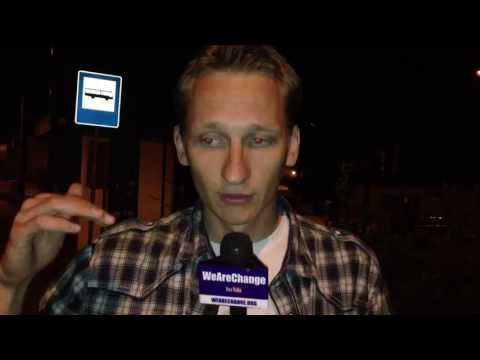 Reporters from Rebel Media were recently threatened with arrest for attempting to do their jobs as journalists and report on a violent Antifa demonstration in the streets of London.

Antifa radicals angrily flooded the streets in reponse to a Britain First rally – which was in response to recent attacks on. The Rebel reporters Tommy Robinson and Caolan Robertson, supporters of the Britain First movement, were attacked and called fascists, racists, and a slew of other cliches by “anti-fascist” radicals before being ordered by police to “go straight to your car.”

When reporter Tommy Robinson asked what this command meant, the officer confirmed that he would be arrested if he didn’t go to his car.

Robinson reported, “After just minutes of Caolan and I arriving, Antifa and United Against Fascism swarmed us, throwing bottles and attacking us.”

UK Police have made many arrests for “offensive” posts about the migrants currently flooding the United Kingdom. This type of “hate speech” policing has become rampant in Europe, and was a little-recognized plank of Hillary Clinton’s 2016 campaign for President.

Britain First is what Rebel Media describes as a “controversial patriotic group that regularly holds marches against Islamic extremism.” It seems that their ideas have been interpreted some as being anti-Islam, when their social media stories with headlines like: “DESTRUCTION: MUSLIMS ARE DESTROYING PARIS!” are actually targeting radical Islamic terrorism.

It’s not your average Muslim that follows his faith that is the issue according to Britain First, it is the extremist ones who are committing terrorist attacks. As the Britain First website says: “the rapid growth of militant Islam is leading to the suppression of women, freedom of speech and racist attacks.”

How are we to justify why Rebel Media reporters were told to leave the scene? As reported by ABC News, 14 people were later arrested at the demonstration. Rebel News claims that all of the people arrested were members of anti-fascist organizations.

For more on this story, watch Tommy Robinson’s report below: