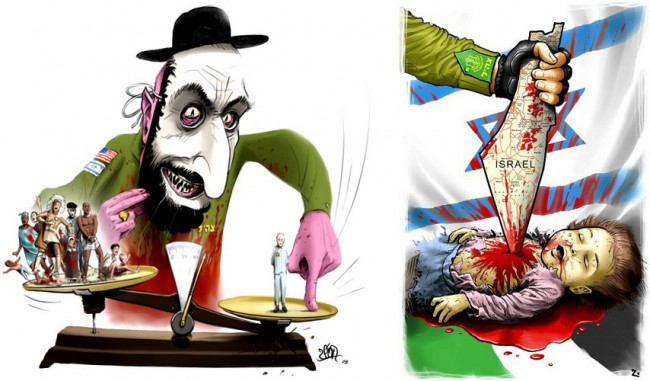 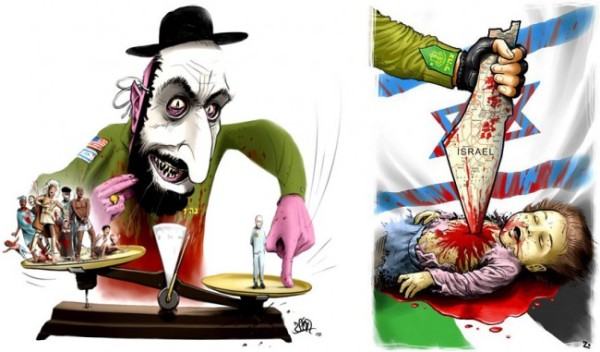 The French cartoonist Zeon was [arrested] Tuesday morning … by four police officers of the Brigade of Repression of Delinquency People (BRDP).

[At 7am] four police officers woke the cartoonist to take him before the judge to the High Court Instance of Paris. A complaint appears to have been filed by the BNVCA (National Bureau of Vigilance against Anti-Semitism).

The complaint seems to refer to the drawing – for which Zeon had yet been released last year by the 17th chamber – representing a balance and unbalanced weight of several historical crimes, but also for another drawing, which was not retained by the prosecutor at the trial, representing a Palestinian child stabbed by a Israel-shaped knife.

The judge has indicted the designer of incitement to racial, religious hatred, by speech, writing, picture or means of electronic communication. Zeon refused to answer his questions. He was set free in late morning.

Quick reminder on the BNVCA

The National Bureau of Vigilance against Racism and Anti-Semitism was founded by the Commissioner of Police Sammy Ghozlan in March 2002 with Union support Jewish bosses of France and the Word and Light Association (offshoot of the Simon Center Wiesenthal).

According BNVCA site itself, this organization has a unique community privilege to make complaints of “anti-Semitic aggression.”