Israel’s cruelty has unleashed an intifada of individuals 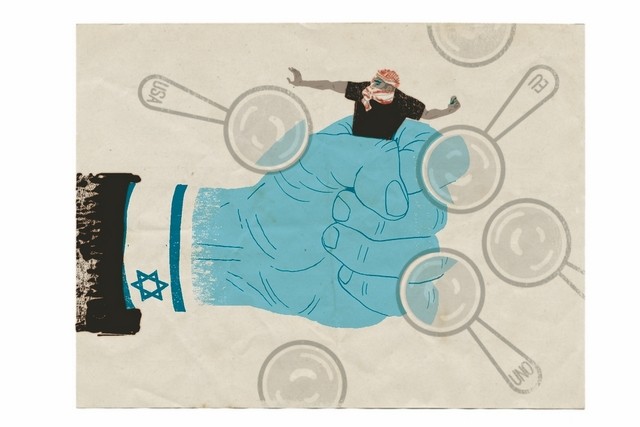 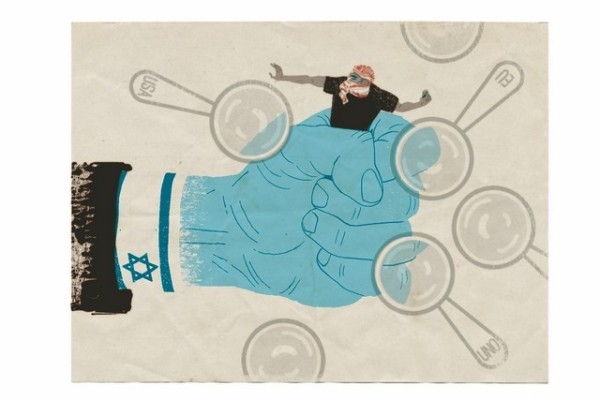 In recent years, it seems every bout of Israeli-Palestinian violence is accompanied by speculation over whether another intifada is in the making. However, a comparison of present conditions with those that existed during the first and second intifadas pours cold water over the prospect of another uprising in the foreseeable future, certainly not in the sense of a united, organised, mass national movement.

This might seem ironic since there is so much more for Palestinians to be aggrieved over nowadays. However, a lack of anger is not the issue, as evidenced by developments on the ground, and a poll last month showing more Palestinians favouring armed action over negotiation as the most effective way of establishing their own state.

Rather, it is about Israel’s systematic – and largely successful – pursuit of policies designed to weaken Palestinian political, geographic and societal cohesion.

The occupied Palestinian territories are more carved up than ever before. The strict blockade of the Gaza Strip – which is home to more than 40 per cent of the Palestinian population, and where the first intifada of 1987 began – did not exist during the previous uprisings.

East Jerusalem – where the second intifada began in 2000, and the scene of much of the current violence – was not completely cut off from the rest of the West Bank as it is now. Construction of the wall snaking its way through the West Bank only began after the start of the second uprising.

There are now far more Israeli settlements dotted throughout the occupied territories than when the intifadas began.

By 1987, there were fewer than 200,000 settlers. By 2000, that number had doubled to just under 400,000. Today, there are more than 700,000 settlers, almost quadruple the number in 1987. Settlements, and supporting infrastructure such as separate road systems, control around half the West Bank.

The result of all these restrictions and territorial separation is control of Palestinian movement – and hence the ability to physically come together to challenge Israeli authority – that dwarfs the extent of control exercised during the intifadas. It also means greater separation of Palestinians from Israelis, so the actions of the former will tend to have less direct effect on the latter.

Take employment, for example. During the first intifada, general strikes were effective because more than 40 per cent of the Palestinian workforce worked in Israel. However, due to measures to lessen dependency on Palestinian labour, by the second intifada only about 25 per cent worked in Israel. By December 2014, only 10 per cent did so.

Furthermore, a national uprising requires a level of political unity that simply does not exist. The two main Palestinian factions – Fatah, which dominates the Palestinian Authority (PA), and Hamas – are at loggerheads despite last year’s national reconciliation deal.

Their relations today are far more strained than during the intifadas – Hamas was in its nascency during the first, and the factions to an extent set their differences aside for the greater good during the second.

Back then, the uprisings were embraced by the breadth of Palestinian polity. Today, however, while Hamas calls for “the strengthening and increasing of the intifada”, the PA has said it does not want a third uprising.

This is in line with previous statements by PA president Mahmoud Abbas and his foreign minister that there would not be another intifada under the president’s watch.

ndeed, not only has the PA been urging calm, but its security forces have dispersed demonstrations (sometimes forcefully), prevented protesters from reaching Israeli checkpoints, and continued its much-hated coordination with the occupying power.

So the situation today is worse than simply lacking unified support from Palestinian leaders. The PA is actually willing to quell an uprising by its own people against their subjugation.

In comparison, while Mr Abbas’s predecessor Yasser Arafat enjoyed widespread domestic popularity during the second intifada, two-thirds of Palestinians want the current president – whose term ended almost seven years ago – to resign, according to an opinion poll last month.

A new term has recently been coined to describe the recent flare-up in violence: an “intifada of individuals”. To Israel and its supporters, this might seem less threatening than a mass movement.

However, it is arguably a more accurate barometer of Palestinians’ exasperation, precisely because they are rising up as individuals rather than as a collective mass (out of necessity, not choice), without the relative safety of numbers and the backing of their leaders.

This development presents a certain irony: in managing to exercise greater control over Palestinians en masse, Israel has become less able to thwart those acting individually.

This has been a hallmark of the current unrest, which is harder to deal with than the organised movements of the past. Such a tactic, however, is more likely to be a nuisance than a significant threat.

Israel has relentlessly entrenched its occupation and colonisation of Palestine, but in so doing has isolated itself internationally to unprecedented levels, and has boosted public sympathy worldwide for the Palestinian cause, even in countries whose governments are allies of Israel.

As such, the struggle for self-determination must adapt to changing circumstances. While continuing to challenge Israeli authority on the ground, the disparity of power means there must be a focus on applying pressure internationally, where Israel is losing ground and is less able to directly influence events – an external intifada, so to speak. The Palestinian cause is global, so efforts to achieve and support it must also be global.

After all, it was the combination of internal and external pressures that brought down Apartheid in South Africa, a racist governing system the like of which the Palestinians are also suffering.

The three most high-profile forms of outside pressure are the International Criminal Court – which Palestine joined this year, and to which it has referred Israel – recognition of the state of Palestine by countries and global institutions, and the Boycott, Divestment and Sanctions (BDS) movement.

BDS has grown exponentially since its inception a decade ago, from being derided or ignored as a fringe movement, to being acknowledged by a growing number of Israel’s officials and supporters as their greatest threat. There is a whole range of lobbying efforts already under way that can and should be galvanised.

As jailed Palestinian leader Marwan Barghouti wrote this month: “We cannot coexist with the occupation, and we will not surrender to it … For generation after generation, the Palestinian people have proven their will is unbreakable.”

Sharif Nashashibi is a journalist and analyst on Arab affairs