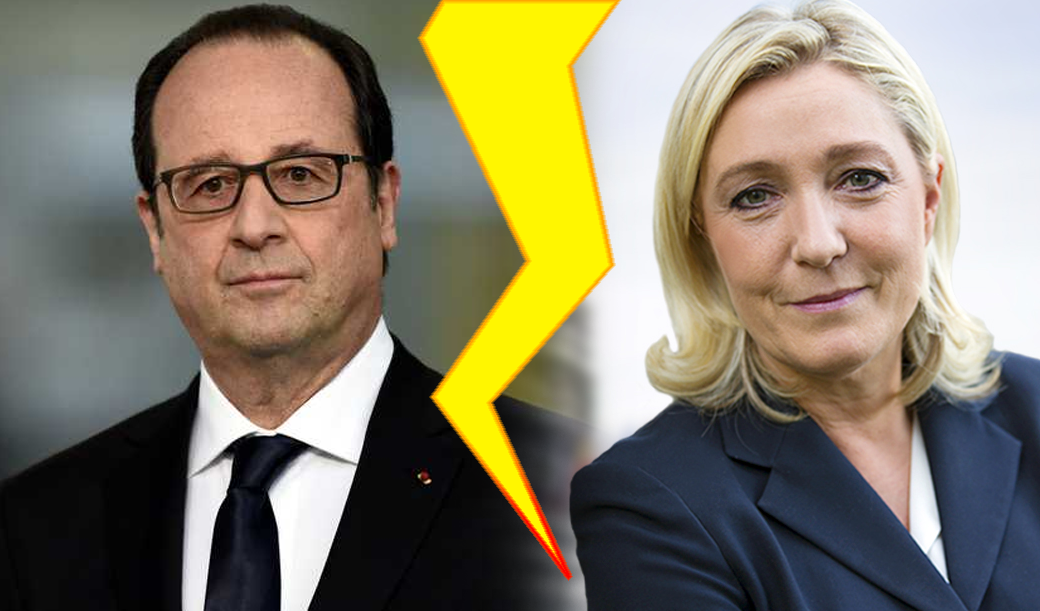 Outgoing French President François Hollande spoke out against Marine Le Pen on Monday, in an interview with the Guardian and five other European newspapers. When asked about fears in some European capitals that Le Pen was a threat to the future of the EU project, Hollande said: “The threat exists.”

Hollande is set to host the leaders of Germany, Spain and Italy at Versailles on Monday to address European Commission President Jean-Claude Juncker’s five scenarios on the future of the EU.

He went on to say that “The far right has never been this high for 30 years. But France will not give in.” He said the French people were aware that their presidential election result would determine “not only the destiny of our country but also the very future of the European construction.”

“If the National Front candidate wins, she will immediately begin a process of leaving the euro zone and even the European Union,” he warned.

“This is the aim of all populists, wherever they are: to leave Europe, close off from the world and imagine a future surrounded by barriers of all kinds and borders defended by look-out posts,” he said, alluding to US President Donald Trump, who says he will build a wall between the US and Mexico.

Hollande said what worried him most in Europe today was “the return of national egotisim – each country looking out for its own immediate interest without bringing a common ambition.”

His last task, before leaving the Elysee Palace in mid-May, was to “do everything to ensure France is not taken over” by the far-right.

Hollande also endorsed the idea of a multi-speed Europe and warned that if it isn’t implemented, “Europe will explode.”

“The Europe of 27 can no longer be a uniform Europe,” the French president said.

“For a long time, the idea of a differentiated Europe, with different speeds, has aroused much resistance. But today it is an idea that is imposing itself. If not, Europe will explode.” 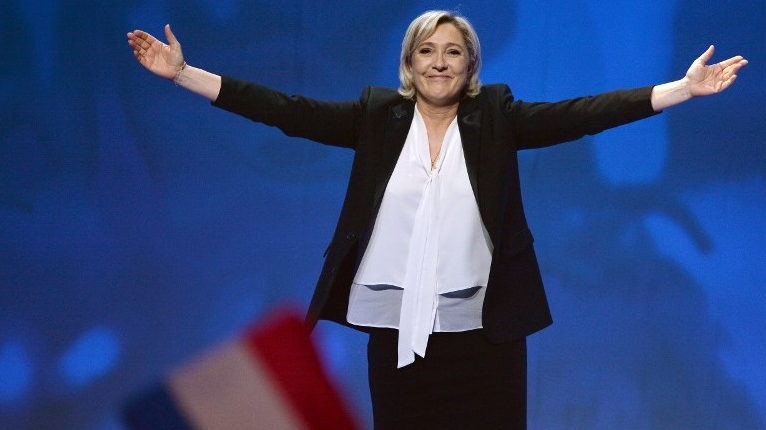 French far-right National Front (FN) party candidate for the presidential election Marine Le Pen waves, as she arrives at a campaign rally at the Zenith de Nantes venue in Saint-Herblain on February 26, 2017

Marine Le Pen has shocked the political establishment with her meteoric rise because the name Le Pen has long been associated with anti-Semitism and racism in Europe. Her father, Jean-Marie Le Pen, co-founded the National Front in the early 70s. The party became a haven for racists and anti-Semites.

Jean-Marie Le Pen ran for president five times but never managed to be anything more than an opposition figure. When Marine took over the party in 2011, she began re-branding it; banishing party members who made anti-Semitic remarks. Two years ago she kicked her own father out of the party!

It remains to be seen whether Hollande’s fears will be realized. When asked about racism, Le Pen responded:

“I’m not waging a religious war. It’s clear that in France, everyone has the right to practice their religion, to worship as they choose. My war is against Islamic fundamentalism.”

She went on to say: 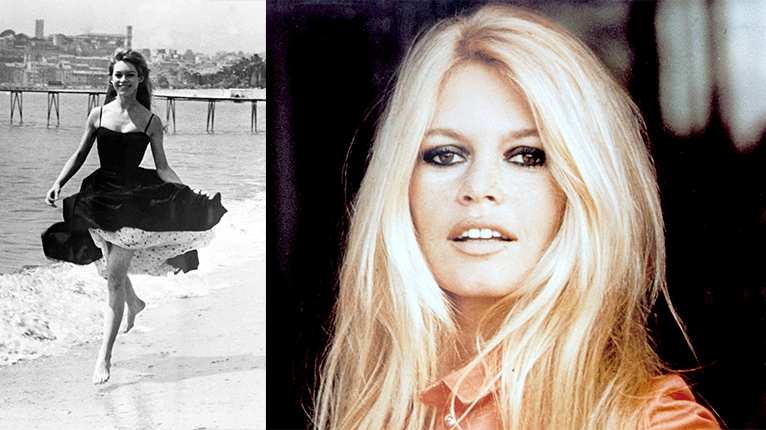 Anderson Cooper from CBS News asked, “Should Muslim people be allowed to wear headscarves?” She replied:

“No. I’m opposed to wearing headscarves in public places. That’s not France. There’s something I just don’t understand: the people who come to France, why would they want to change France, to live in France the same way they lived back home?”

It’s not just headscarves. Le Pen says she would ban wearing yarmulkes or any conspicuous symbol of religious belief in public. She explains:

“There’s something I just don’t understand: the people who come to France, why would they want to change France, to live in France the same way they lived back home?”

When asked about Sikh’s wearing turbans she said, “No, not in public. We don’t have a lot of Sikhs in France. We’ve got some. But we don’t really hear much from them or about them. Which is good news.”

Cooper asked, “There’s a lot of fear among some immigrants about the idea of you becoming president.” Le Pen responded:

“I think a lot of people are trying to scare them. But in reality, they have nothing to fear. You know, people who behave need not worry. Foreigners in France who hold a job, who respect our laws, our codes, have absolutely nothing to worry about.”

If Len Pen is elected, Cooper said it would be “French citizens, instead of immigrants to the country, will have priority over access to jobs, housing, welfare.”

Hollande leaves office in May after becoming the first French president since the second world war to decide his position wasn’t strong enough to run for re-election. The outgoing president chose not to contest the upcoming elections due to low approval ratings.

.@FoxNews Hollande doesn't realize that he just gave Le Pen about as strong an endorsement as possible

Much like Donald Trump experienced during his election campaign, protests erupted at Le Pen’s rally in Nantes on February 26th.

The French presidential election will be held on April 23rd and the second round takes place on May 7th 2017. Le Pen and independent candidate Emmanuel Macron are favorites of the first round, according to various polls.

Tell us what you think about Marine Le Pen. Is she racist? Will she combat globalism? Is Le Pen the French Trump?? Will she win?