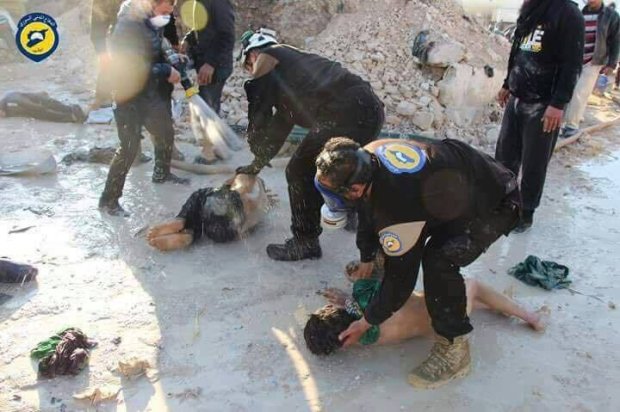 A catastrophic attack has hit the northwestern Syrian province of Idlib today, with heavy airstrikes around the area including what is being described by locals as a “gas attack.”

At least 100 people have been killed, and another 400 are suffering from respiratory problems, with the toll expected to grow, according to the Union of Medical Care Organizations.

Exactly what the nature of the “gas attack” was is totally uncertain. The Syrian Observatory for Human Rights described it as causing many people to choke, and some to foam at the mouth. As of yet there is no confirmation on what sort of attack it was, though rebel groups were all quick to blame the Syrian Army.

The Syrian Army, for its part, denied the use of any chemical or other toxic material in any of its airstrikes, saying they have not and will not use chemical weapons in the civil war. Syria, of course, gave up its chemical arsenal years ago as well.

Whatever happened, the hospitals in the vicinity were quickly overwhelmed with the hundreds of casualties. Health officials in Idlib said they believed the attack to involve sarin, or chlorine, and that planes had attacked medical sites after the incident.

Turkey issued a statement immediately declaring the incident a “crime against humanity,” and France has called for an emergency UN Security Council meeting related to the attack.