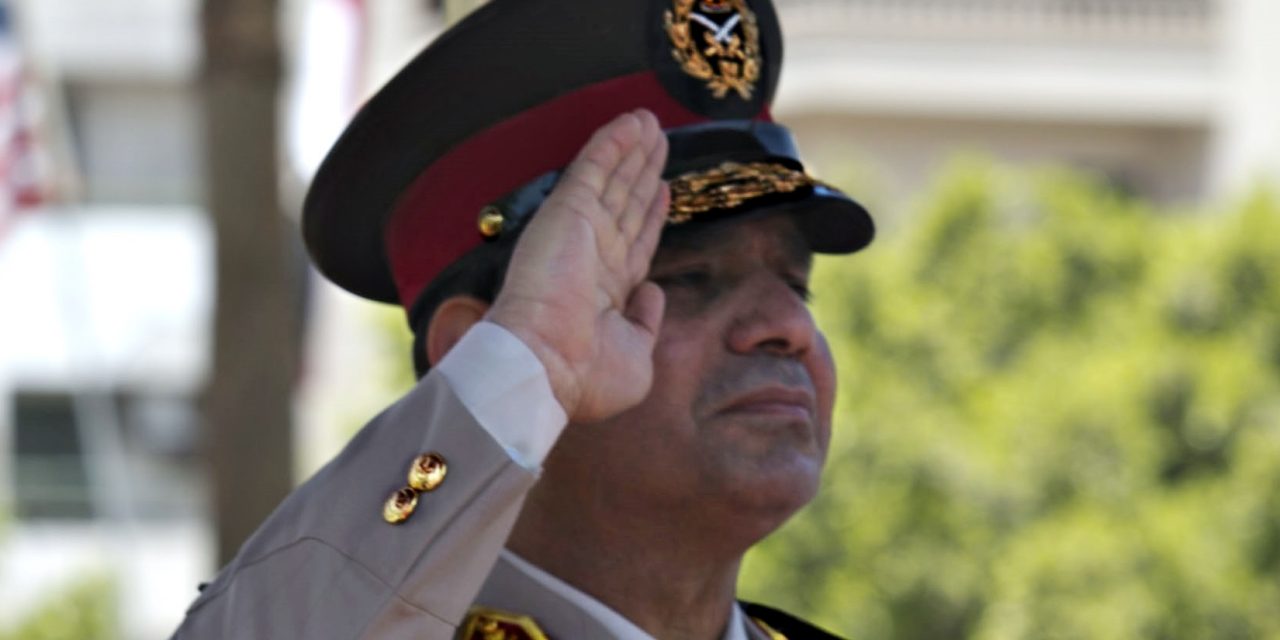 Says Sisi Has ‘Done a Fantastic Job’ Since 2013 Coup

Nearly four years after seizing power in a military coup, Egyptian ruler Abdel-Fattah el-Sisi has made his first official visit to the United States, meeting with President Trump, who has been talking up the idea of “rebooting” US relations with Egypt.

To that end, Trump had nothing but praise for Sisi during the visit, saying “he’s done a fantastic job in a very difficult situation” since seizing power, and insisting that he has “a great friend and ally in the United States, and in me.”

Trump made it clear that he wants to support Egypt in its fight against “Islamic militants.” Egypt launched an offensive in the Sinai Peninsula  immediately after the coup, claiming local militant factions supported the ousted democratically elected government. The largest and most aggressive of the targeted factions has since become an ISIS affiliate, and has grown greatly in influence since.

Sisi also cheered Trump, saying he had “a deep appreciation and admiration of your unique personality,” and looked forward to working together with him against Islamist forces. Trump and Sisi had previously met ahead of the 2016 US election, and reportedly got along quite well.

Though US relations with Egypt were never exactly bad during the Obama Administration, and indeed President Obama long avoided recognizing the coup and cutting military aid, as US law requires, violent crackdowns against anti-coup protesters did produce some criticism from the US, and some restrictions on weapons sales to them. The Trump Administration is expected to lift all such restrictions, as they’ve already done in Bahrain.