How ‘ghost corporations’ are funding the 2016 election 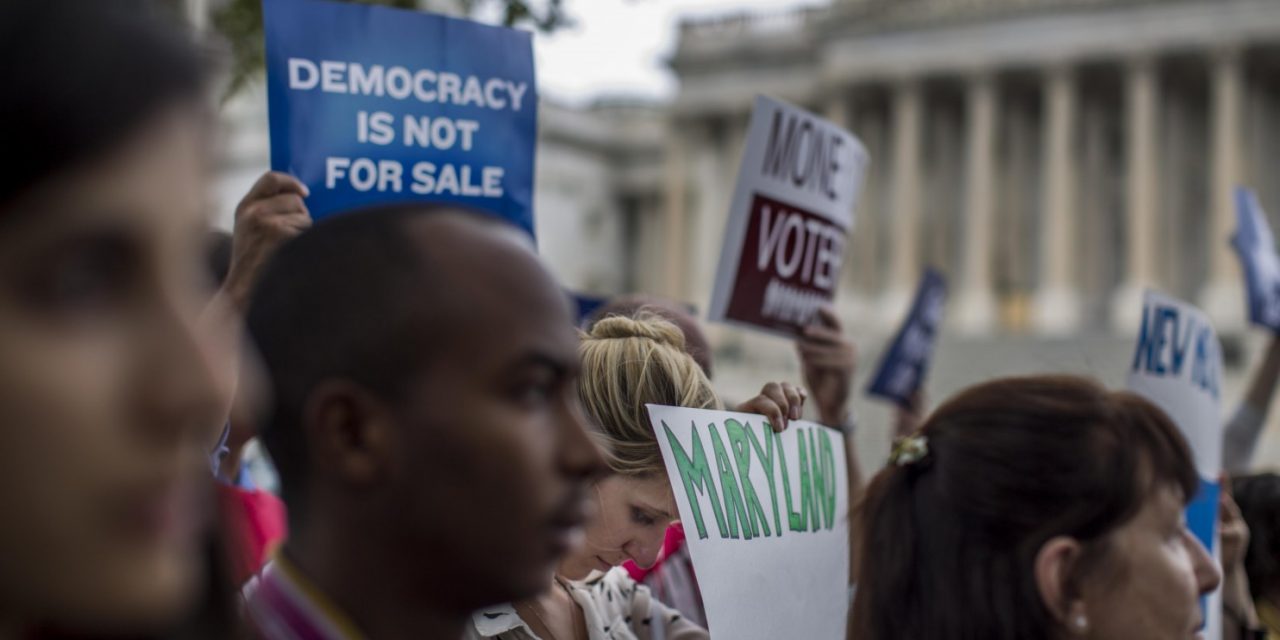 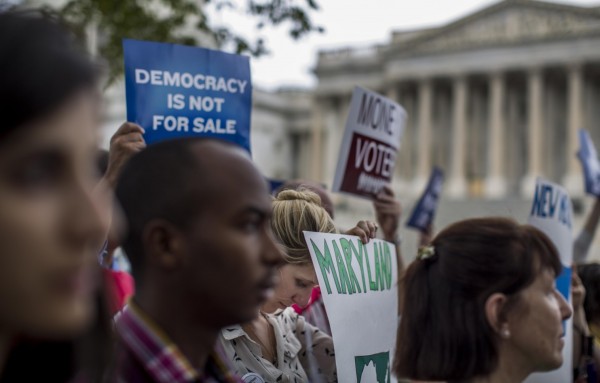 Two days before Christmas, a trust called DE First Holdings was quietly formed in Delaware, where corporations are required to reveal little about their workings. A day later, the entity dropped $1 million into a super PAC with ties to Jersey City, N.J., Mayor Steven Fulop, a Democrat considering a gubernatorial bid.

The trust, whose owner remains unknown, is part of a growing cadre of mystery outfits financing big-money super PACs. Many were formed just days or weeks before making six- or ­seven-figure contributions — an arrangement that election law experts say violates a long-standing federal ban on straw donors.

But the individuals behind the “ghost corporations” appear to face little risk of reprisal from a deeply polarized Federal Election Commission, which recently deadlocked on whether to even investigate such cases.
Advocates for stronger campaign-finance enforcement fear there will be even more pop-up limited liability corporations (LLCs) funneling money into independent groups, making it difficult to discern the identities of wealthy players seeking to influence this year’s presidential and congressional contests.

The 2016 campaign has already seen the highest rate of corporate donations since the Supreme Court unleashed such spending with its 2010 Citizens United v. FEC decision.

One out of every eight dollars collected by super PACs this election cycle have come from corporate coffers, including millions flowing from opaque and hard-to-trace entities, according to a Washington Post analysis of federal campaign finance filings.

So far, 680 companies have given at least $10,000 to a super PAC this cycle, together contributing nearly $68 million through Jan. 31, The Post found. Their donations made up 12 percent of the $549 million raised by such groups, which can accept unlimited donations.

That means corporations are on track to far exceed the $86 million they gave to super PACs in the entire 2012 presidential cycle, when such donations totaled 10 percent of the money raised by such groups, according to data from the nonpartisan Center for Responsive Politics.
[The FEC just made it easier for super PAC donors to hide their identities]

Many corporate givers this cycle are well-established hedge funds, energy companies and real estate firms. But a significant share of the money is coming from newly formed LLCs with cryptic names that offer few clues about their backers.

On a form filed with the secretary of state’s office in September, Gao listed Children of Israel’s type of business as “Donations,” according to a document found by a researcher for End Citizens United, a Democratic PAC that supports candidates in favor of stricter campaign-finance rules.

Weeks after being formed, Children of Israel gave $50,000 to Pursuing America’s Greatness, a super PAC supporting the presidential bid of former Arkansas governor Mike Huckabee, FEC records show. In November, the LLC gave the pro-Huckabee group $100,000. And this January, it donated $250,000 to Stand for Truth, a super PAC backing Sen. Ted Cruz of Texas.

Gao — who has no history of making political contributions in California or at the federal level — did not respond to repeated calls and emails seeking comment.

Valerie Martin, a senior adviser to End Citizens United, said the blatant admission by the company that its purpose is to make contributions underscores the degree to which donors feel emboldened to hide behind such entities.

“This goes to the heart of what’s really wrong with the system and how it’s broken,” she said. “I think it really bothers Americans that people want to influence elections without fingerprints.”

Federal law requires political committees to confirm that a donation is legal before accepting it.

Eric Lycan, the attorney for the pro-Cruz Stand For Truth, declined to address specific donations but said in a statement that the super PAC “at all times complied with the law” and investigated any potentially illegal contributions.
“Contributions from an LLC to a super PAC are legal and permissible, and the fact standing alone that a contribution came from an LLC would not be reason to return the contribution,” he added.

The Little Rock-based treasurer for the pro-Huckabee super PAC did not respond to a request for comment about whether the group vetted Children of Israel.

[Ted Cruz is running a well-organized campaign. His super PACs — not so much.]

Some donors who have given through LLCs this year said they did so out of convenience rather than any effort to mask their identities.

Frank VanderSloot, the chief executive of an Idaho nutritional-supplement company, said he used two corporations he owns to give $175,000 to a super PAC supporting Sen. Marco Rubio of Florida in December because the group needed immediate donations to make its year-end deadline.

“It’s where I had the cash,” said VanderSloot, who also gave the super PAC $150,000 in his own name. “These LLCs have been around forever — they are working operations. It takes 12 seconds to see my name. It doesn’t take any great sleuthing.”

In other cases, it is much harder to pin down who is behind entities contributing large sums to super PACs.

Little is known about Tread Standard LLC, which gave $150,000 to a super PAC supporting former Florida governor Jeb Bush last June, weeks after an incorporation service set the company up in Delaware.

Equally elusive is Decor Services LLC, which was incorporated in Delaware by a paralegal in a Milwaukee law firm in January — two weeks before donating $250,000 to a super PAC backing New Jersey Gov. Chris Christie.

One of the largest mystery donations this cycle came from DE First Holdings, the trust that gave $1 million to Coalition for Progress, the super PAC allied with Fulop. Neither a spokeswoman for Fulop nor Bari Mattes, the Democratic fundraiser who runs the group, responded to requests for comment.

Several campaign finance watchdog groups have filed complaints with the FEC against the recent pop-up LLCs, but the chances of the agency’s looking into the cases appear slim.
Last month, the agency closed a nearly five-year-old complaint about a limited liability company allegedly used to mask a donor’s identity — unable to even agree whether it merited investigation. The LLC had been set up in Delaware shortly before making a $1 million donation to a super PAC supporting then-Republican presidential candidate Mitt Romney. A Romney associate later came forward to acknowledge he was the source of the donation.

The FEC’s inability to come to a decision “creates incentives for people to take some risks, on the theory that even if some liability materializes, it may not be that serious,” said Bob Bauer, a veteran Democratic campaign-finance lawyer.

“It is inconceivable to me that they wouldn’t have taken the opportunity to clarify that at a very basic level, a donor cannot set up a LLC for the purpose of making contributions through the LLC and defeating the disclosure requirements,” he added.

[How much money is behind each campaign?]

Jan Baran, a longtime Republican election-law attorney, agreed that there is a need for the commission to weigh in, noting that the FEC has not issued any new rules regarding corporate donations since the Citizens United ruling made such spending permissible.

“The agency is just not providing any legal guidance on what the rules are in the aftermath of all these momentous court decisions,” he said. “That’s the job of the FEC, and it hasn’t done its job.”

FEC Chairman Matthew Petersen, a Republican appointee to the panel, did not respond to a request for comment.

Ellen Weintraub, one of two Democrats on the FEC’s six-member panel, warned that donors who try to hide behind shell corporations should not assume there will be no repercussions.

“The regulation is pretty darn clear, and I think there is potential criminal liability for people who are just flouting a plain-English restriction,” she said. “I don’t think people ought to take as much comfort as they seem to from the FEC’s apparent inability to muster four votes to enforce the law.”