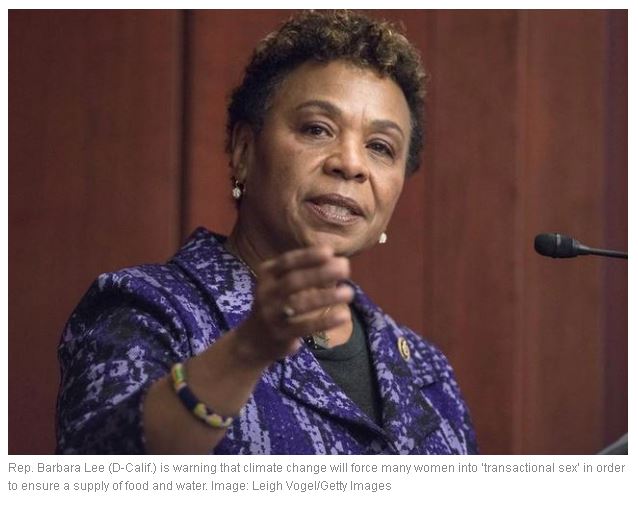 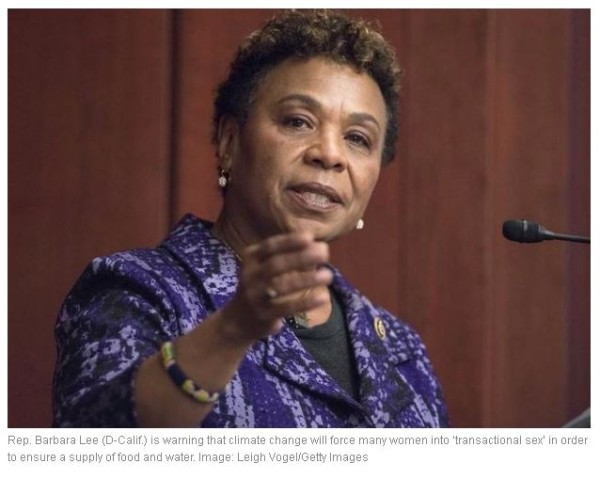 A senior House Democrat has once again issued an apocalyptic warning that climate change will hit women harder than men, and that it could drive millions of poor women to engage in “transactional sex” in order to provide food and water for their families.

Rep. Barbara Lee (D-Calif.) proposed a resolution on Wednesday that said as the climate changes, it will cause food and water scarcity around the world. That will create pressures on poor women in particular, since they are often charged with growing food and collecting water for their families.

As resources dwindle, it could force many women to barter sexual favors for food and water, the resolution stated.
prostitutes
“[F]ood insecure women with limited socioeconomic resources may be vulnerable to situations such as sex work, transactional sex, and early marriage that put them at risk for HIV, STIs, unplanned pregnancy, and poor reproductive health,” it read.

The resolution concluded by saying Congress must recognize the “disparate impacts of climate change on women,” and must encourage the use of “gender-sensitive frameworks in developing policies to address climate change.”

Lee introduced a similar resolution in the last Congress, but it didn’t go anywhere. Lee said in 2013 that her resolution is meant to remind policymakers that more women need to be included in discussions about how to respond to the changing climate.