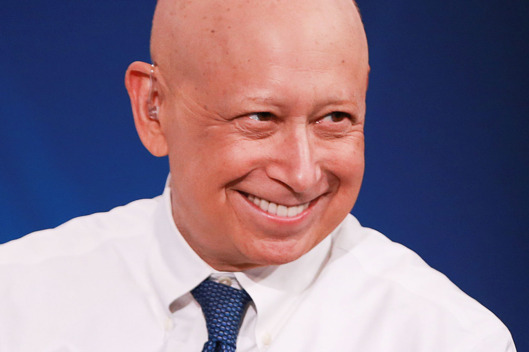 In April 2006, Goldman Sachs provided investors with a bullish report on Countrywide’s high-quality mortgage loans — loans the bank had helpfully packaged into AAA-rated mortgage-backed securities, thereby offering those lucky clients a low-risk way of profiting from America’s housing boom. When the bank’s head of “due diligence” saw the report, he typed a short email to his colleagues: “If only they knew…”

Now we know. On Monday, the bank completed a $5.1 billion settlement with state and local authorities for its role in perpetuating the subprime-mortgage crisis. Goldman is the last of the major banks to pay for its financial-crisis sins, but unlike some of its peers, the firm has agreed to formally acknowledge its malfeasance. While Monday’s settlement does not include a confession of legal wrongdoing, it does contain a signed “statement of facts” that details the various ways Goldman Sachs misled investors about the risks inherent to its mortgage-backed securities.

In mid 2006, Goldman recognized that Fremont, one of the mortgage providers they relied on for their securities, was experiencing of wave of early payment defaults. The bank concluded that Fremont was a reckless lender and its mortgages posed a far greater risk to investors than they’d previously realized. Goldman took immediate action to address the issue: They initiated a “significant marketing effort” to assure investors that Fremont had a deep “commitment to loan quality over volume.” In other words, when Goldman realized that it was selling people shit-sandwiches, it decided to keep selling them, but with fresher bread and odor-proof packaging. This is just one item on the settlement’s long list of fraudulent acts.
A year later, Goldman would make billions betting against the mortgages it had encouraged its investors to purchase. In 2007, the bank took in $17.6 billion in pretax income, including $4 billion from its hedge against the mortgage market. Meanwhile, America lost $12.8 trillion in the financial crisis that the bank had helped perpetuate.

Goldman will pay less for its role in that crisis than some of its competitors have for theirs. JPMorgan Chase reached a settlement totaling $13.3 billion, and Bank of America reached one for $16.6 billion. Morgan Stanley, on the other hand, ended up with a lighter bill than Goldman, paying a mere $3.2 billion.

The settlement is divided into $2.4 billion in civil penalties, $1.8 billion for consumer relief in the form of loan forgiveness and affordable housing subsidies, and $875 million in cash. The bank will not have to identify any bad actors by name. No individuals will be charged with wrongdoing.