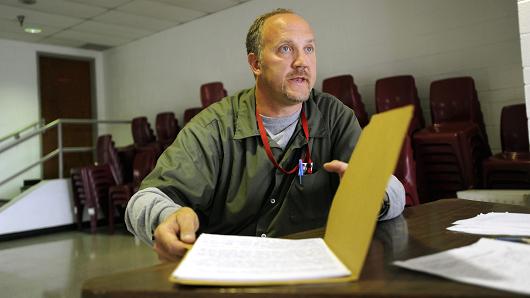 Bradley Birkenfeld is the most significant financial whistleblower of all time, so you might think he’d be cheering on the disclosures in the new Panama Papers leaks. But today, Birkenfeld is raising questions about the source of the information that is shaking political regimes around the world.

Birkenfeld, an American citizen, was a banker working at UBS in Switzerland when he approached the U.S. government with information on massive amounts of tax evasion by Americans with secret accounts in Switzerland. By the end of his whistleblowing career, Birkenfeld had served more than two years in a U.S. federal prison, been awarded $104 million by the IRS for his information and shattered the foundations of more than a century of Swiss banking secrecy.

A poolside view overlooking the newer side of the Panama City skyline.
Panama Papers show tax avoidance like a ‘cancer’
Asked why the U.S. would leak information that has also been damaging to U.K. Prime Minister David Cameron, a major American ally, Birkenfeld said the British leader was likely collateral damage in a larger intelligence operation.
“If you’ve got NSA and CIA spying on foreign governments they can certainly get into a law firm like this,” Birkenfeld said. “But they selectively bring the information to the public domain that doesn’t hurt the U.S. in any shape or form. That’s wrong. And there’s something seriously sinister here behind this.”

The public relations office for the CIA did not immediately return a message for comment.
Birkenfeld also said that during his time as a Swiss banker, Mossack Fonseca was known as one piece of the vast offshore maze used by bankers and lawyers to hide money from tax authorities. But he also said that the firm that is at the center of the global scandal was also seen as a relatively small player in the overall offshore tax evasion business.
Bradley Birkenfeld, a former banker with UBS AG, walks outside Schuylkill Federal Correctional Institution after speaking to the media in Minersville, Pennsylvania, U.S., on Friday, Jan. 8, 2010.
Why did the US pay this former Swiss banker $104M?
“We knew that firm very well in Switzerland. I certainly knew of it,” Birkenfeld said.
But Mossack Fonseca was just one of a number of firms in Panama offering such services, he said. “The cost of doing business there was quite low, relatively speaking,” he said. “So what you would have is Panama operating as a conduit to the Swiss banks and the trust companies to set up these facilities for clients around the world.”