Why governments aren’t all that different from street gangs 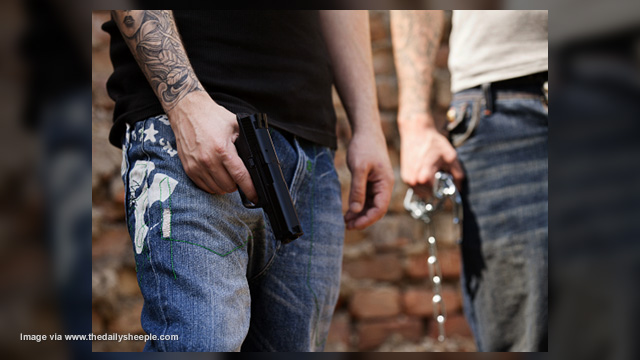 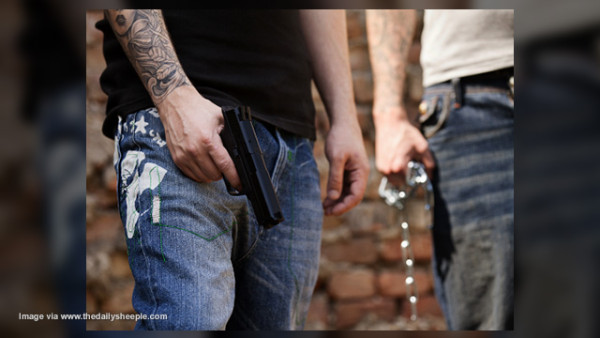 At some point, you may have heard someone call the government a “gang of thieves writ large,” which is a generalization of a quote attributed to libertarian thinker Murray Rothbard. However, if you’re not familiar with the philosophy behind that quote, you might mistakenly believe that it is nothing more than a clever observation on the wasteful and corrupt nature of government. That’s because you may not be aware of the meaning of “writ large.” It’s synonymous with “clearly” or “obviously.” In reality, Rothbard wasn’t trying to make a clever statement. He was quite literally calling the government a gang. (Story by Joshua Krause, republished from TheDailySheeple.com.)

Most people would have trouble wrapping their minds around that notion. Clearly there are differences between governments and gangs right? Agents of the state don’t lie, extort money, murder rivals, train and initiate uniformed enforcers, go to war with their neighbors, protect the integrity of their borders, enforce protection rackets, or conduct any other activities that aren’t permitted in their legal codes.[1]

In case you didn’t detect my sarcasm, governments and gangs routinely engage in all of the activities I listed above. That’s because they are one in the same. The only significant differences between the two, is that gangs are usually smaller than governments, and their borders are a little more fluid.

If you still don’t believe me, you might have one last counter to my argument: Criminal gangs don’t protect people, or at least, not the average person that happens to reside in their territory. They’re only interested in their own profitable endeavors, and staying alive. By contrast, protecting the people is the cornerstone of every effective government.

Instead of responding to that with another snide comparison between gangs and governments, I will say this. Gangs really do protect the people who live on their turf. Sometimes it’s the kind of compulsory protection that governments provide, sometimes they wait for someone to ask them for help in exchange for money, and other times it’s a completely incidental result of their business practices. But make no mistake, they do protect people, and they do maintain law and order (or at least, their quick and vicious version of it).

If you want proof, take a look at what happened in this Chicago neighborhood[2] after the police busted a local drug operation.

“When the drug dealers had left, that’s when everything started getting worse on this block,” said Mariah Monae, 16, who didn’t want to give her last name. “But when they was here, they was protecting us. They ain’t let none of that shooting stuff happen.”

About half an hour earlier at 9:55 p.m. Friday, a 19-year-old man had been shot while riding a bike in the 1100 block of South Central Park Avenue in the Homan Square neighborhood. He was hit in the back and taken to Mount Sinai Hospital in critical condition, leaving Mariah Monae and her 15-year-old cousin, who live nearby, to check things out.

“This block is just ridiculous,” she said. “That’s why I stay in the house.”

A $3 million-a-year drug operation used to be centered nearby, according to authorities. In June, more than 40 people were charged[3] in connection with the alleged heroin ring.

“They used to be right here, taking up the whole block,” said Mariah Monae, spinning around to point at the intersections of Grenshaw Street and Central Park. “Ain’t nothing happen over here, everything was cool.”

Violence was bad for the dealers’ business, they said. Mariah Monae had even seen the sellers break up big groups of people fighting.

“When they left, that’s when everything started acting up,” she said. “People come up here shooting for no apparent reason. … People probably scared to walk through here now. I am.”

If you’re wondering how this could be possible, it’s because gangs enforce rules in areas that previously had no rules. In other words, they don’t exist for the reasons most people think they do.

Gangs don’t show up in nice neighborhoods with responsive and respectful police departments, and proceed to turn them into hell holes. It’s the other way around. They usually show up in places that are already awful. Places that are rife with violent crime because the police, and by extension the government, have completely failed to protect the population. Gangs are initially created by people who are trying to band together to protect themselves in a dangerous world. It’s only later that they start turning to illegal rackets, at first to support their protection needs, and later for profit.

Essentially they are just like the government. Their main job is protection, but they do plenty of other ugly things on the side to make money. They exist because they are filling a void that was left by the state, when the state couldn’t protect them. They are in fact, little governments.

And as for governments? They’re just big ol’ gangs.
[1] PeterLeeson.com[PDF]