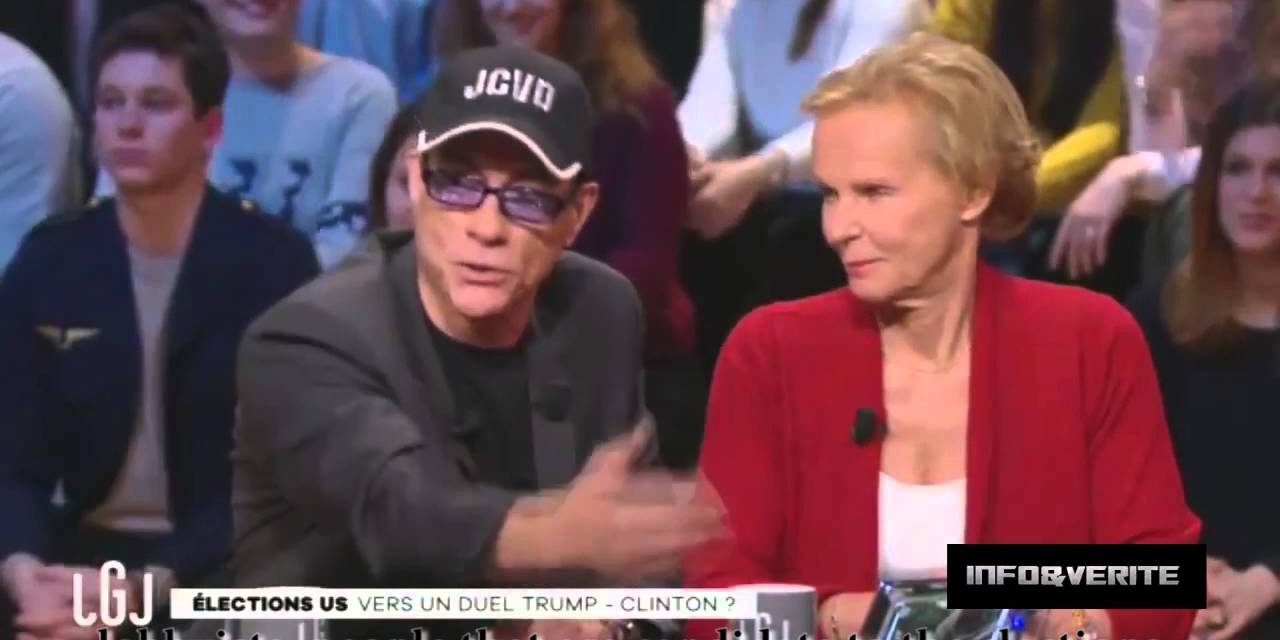 Last month, the Free Thought Project reported on the above the law tax haven established inside the United States by the Rothschilds. Before that, Baron David de Rothschild was indicted by the French government after he was accused of fraud in a scheme that allegedly embezzled large sums of money from British pensioners.
Earlier this month, the French government announced that it has launched an investigation into the entire Swiss branch of the Rothschild’s banking empire.
The world is waking up to the fact that these very powerful families operate in a legal class far separated from the one we find ourselves subject to.
Appearing on the French television show, Le Grand Journal, Jean-Claude Van Damme just showed the world that even he is “aware” of the control and power of the Rothschilds and the Rockefellers.
Van Damme was invited on the French show to speak about the US elections. However, he quickly hijacked the narrative and went on to explain how the Rothschilds and Rockefellers assert their banking influence over the world
Needless to say, the hosts were flabbergasted at the truth.
C.O: Ted Cruz, religious evangelist right, etc. And the other Marco Rubio (interrupted)
JCV: He (T.Cruz) is the individual that said Putin is a gangster.
C.O: Cruz? Yes, whereas Trump said Putin was a formidable guy.
JCV: Let’s remain political and righteous (interrupted)
C.O: Yes but it holds for both.
JCV: Well, they are not going to win, you still have the Rockefeller… people like… the Rothschild, those big families that dominate continents. S0, it’s not even France here, we’re talking continents, these are families that rise in 1827, a family with 5 sons that expands.
Anchor: You are talking about… (interrupted)
JCV: It’s above everything we’re talking tonight… so you have [there are also] lobbyists, people that are candidates to elections, and then you have people like Donald Trump, who have what? 10 billion euros?
JCV: He might have more but that’s what he declares in legal documents. In any case, if I myself have goods, and worked all my life, for my families, my friends, for my country where I pay my taxes, what he wants first in my opinion is to protect his interests, whereas someone who works for free is someone dangerous. It’s true we have problems with globalists, but what he says in a way, to get out of globalism, is to leave the world alone, it’s a different philosophy.
The hosts then attempt again to steer the conversation back to the mundain.
JCV: hang on a second, I was asked if I knew politics, I’m aware.
The hosts then take back over and the show goes on. But, for two honest minutes, this man used his celebrity to interject truth into the mainstream. Thank you Jean-Claude Van Damme. Below is that video.

After opening a trust company in Reno, Nev., Rothschild & Co. began ushering the massive fortunes of the world’s most wealthy individuals out of typical tax havens, and into the Rothschild run U.S. trusts, which are exempt from the international reporting requirements.
The Rothschild banking dynasty is a family line that has been accused of pulling the political strings of many different governments through their control of various economic systems throughout the world.
Historically, there is ample evidence to show that the family has used insider trading to bilk money from both private and public funds.
During the Battle of Waterloo in the Napoleonic wars, Nathan Rothschild was responsible for one of the oldest cases of “insider trading,” which led to the Rothschild family robbing a whole nation blind. In 1815 when the battle of Waterloo took place, there were no quick methods of communication like we have today so messengers were used for communication in times of war. The Rothschild’s took advantage of this by having spies on the frontlines of the battle who would return information to the family faster than the messengers used by the military.
When the British won the war, Nathan Rothschild, was of course, the first to know, and he immediately went to the stock exchange and started selling stocks while putting out the rumor that the French had won the war. This created a panic on the floor of the stock exchange and investors all over England began frantically selling their stocks. With the price of all stocks plummeting Rothschild was able to buy out the whole English market for a fraction of its cost. When word returned that the English had actually been victorious, the value of the market soared, and overnight Nathan Rothschild expanded his family’s wealth, and cemented their position as one of the richest families in the world.