How Govt. Hides the Poor: Formula for Measuring Poverty Dates to When a Loaf of Bread Cost 22 Cents 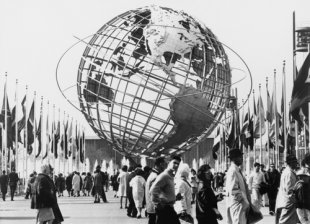 Why is Congress still measuring poverty based on a 1963 trip to the grocery store?

To determine who is officially poor in America, the federal government compares a family’s annual cash income to a figure produced by an arcane formula that’s based on the price of food in 1963, when a loaf of bread was 22 cents and a burger less than a quarter. Starting under President Lyndon Johnson, the government’s official way of defining who is poor comes from calculating a minimum food budget for a family of four, tripling that figure to cover other living costs, and then indexing it annually for inflation.The result is the federal poverty level. For 2014, that threshold was $23,850 for a family of four. Smaller families can subtract $4,060 per person. Individuals making $11,670 or less in 2014 were officially poor. Many government programs, from School Lunch to the Earned Income Tax Credit to Obamacare’s subsidies, decide eligibility by comparing one’s annual cash income to the official poverty level—or to a multiple of it, say 150 percent.

Cities, states, advocates and academics have known for years that this measure of who is poor undercounts millions of Americans. They know that the 1960s-based formula ignores modern living costs, such as today’s cheaper food but higher housing and other expenses. And they have developed alternative ways to track living costs that confirm poverty and economic insecurity of households just above the poverty line is far more widespread than Congress wants to admit.

But the 1960s poverty formula persists, and not without other pernicious effects. This heads-in-the-sand approach works against Congress spending more on current programs because lawmakers aren’t using numbers that honestly depict the extent of economic insecurities. And an outdated methodology pre-empts a contemporary discussion of what a basic, dignified living standard costs, based on variables such as family size, one’s age and stage in life, and location.

“In the 1960s, the poverty measure was a focal point for the nation’s growing concern about poverty,” an April 2013 report by New York City’s Center for Economic Opportunity said, recounting this history and shortcomings. “Over the decades, society evolved and policies have shifted, but the official poverty measure remains frozen in time. As a result it has lost its credibility and usefulness.”

“In 2011, our poverty line for the two-adult, two-child family comes to $30,945,” the NYC agency said, after using a more sophisticated modern formula. “The 2011 official [federal] poverty threshold for the corresponding family was $22,811.”

Looking back to 2005, New York City found that its poverty rate consistently was 2 percent higher than the official federal rate. The federal formula did not just ignore changes in real life expenses, but also decades of government programs that didn’t pay out cash but kept more money in poorer people’s pockets.

“In recent years an increasing share of what government programs do to support low-income families takes the form of tax credits and in-kind benefits,” the Center for Economic Opportunity said. “If policymakers or the public want to know how these programs affect poverty, the official measure cannot provide an answer.”

There have been notable efforts in recent decades by government institutions, including Congress, to update, expand and replace the 1963 formula. But those efforts, while drawing a more realistic picture of who is poor in America, still aren’t framing federal policy. That’s because when it comes to Congress, better metrics aren’t used to create policy and law. One result is that anti-poverty advocates continually urge Congress to look at real living costs, and use more up-to-date numbers.

“Policymakers considering changes to social insurance programs such as Social Security and Medicare must consider the economic realities confronting older Americans,” a 2013 report by the Economic Policy Institute said, in one such example. EPI based its analysis on a more comprehensive but unofficial measure used by the Census Bureau—the same one used by New York City. Not surprisingly, EPI found that poverty and near-poverty were more widespread among the elderly than the government admitted.

“Many of America’s 41 million seniors are just one bad economic shock away from significant material hardship,” it reported. “Most seniors live on modest retirement incomes, which are often barely adequate—and sometimes inadequate—to cover the costs of basic necessities and support a simple, yet dignified, quality of life.”

Social scientists have known for decades that the 1963-based poverty line didn’t include necessities such as shelter, utilities, healthcare, childcare, clothes, commuting and other out-of-pocket costs. In 1995, Congress asked the National Academy of Sciences (NAS) to create a formula including those factors. It did, but for years that sat on the shelf. It was used for academic research but not to recalibrate government policy and actions.

However, a decade after it was created, the NAS formula was adopted by several cities and states. Starting in 2005, New York, Philadelphia, Connecticut, Georgia, Illinois, Masachusetts, Minnesota and Wisconsin used the NAS formula and soon found out there were many more households living just above and below the poverty line.

Starting in March 2010, the Census Bureau started applying the 1995 formula, which it called the Supplemental Poverty Measure (SPM), and started issuing reports comparing the official and unofficial measures. For 2012, the “official measure” of poverty level income for “two-adult, two-child” households was $23,283, while the SPM was $31,060. For seniors, the Census Bureau said, “Note that poverty rates for those 65 years of age and over were higher under the SPM measure compared with the official measure.”

This Obama administration initiative, which was not embraced by the Congress, was noticed and praised by New York City Mayor Michael Bloomberg, who encouraged his city’s Center for Economic Opportunity to do a better job measuring poverty even if it meant acknowledging that New York had more poor people than previously thought.

“If we are going to successfully fight poverty, we need data that captures the challenges that poor households face as well as the benefits conveyed by our most significant government supports,” he said in 2011, when the Census released its first report using the NAS formula. “The decision to adopt this measure is not one that was made lightly; we know that a greater proportion of the American people are poor under this Supplemental Measure, and this is, if course an attention-grabbing finding. But it is important to have a measure that can accurately tell us what is going on.”

What’s going on, as Bloomberg puts it, is that Congress is in the dark about the extent of economic insecurity and the role of government programs to offset it. Perhaps the best example is Social Security, which is not just an anti-poverty program paying the elderly a monthly benefit, but also helps millions of people with disabilities as well as children in families who lose a parent.

A recent Boston College study found that the country’s latest generation of retirees lack $6.6 trillion to maintain current lifestyles as they age, underscoring just how important Social Security will be for their quality of life. For millions of baby boomers, especially people of color and women, it will make up 90 percent or more of retirement income, according to experts like the non-partisan National Academy of Social Insurance.

In June 2013, the Social Security Administration said that there were 37 million retirees receiving benefits. Of those recipients, 23 percent of married couples and 46 percent of unmarried individuals relied on Social Security for 90 percent or more of their income. Those percentages are expected to grow in coming years, advocates say.

Washington’s current budget debate highlights this omission. President Obama is pushing to raise the minimum wage to $10.10 a hour, or $21,000 a year—saying that’s a living wage. But absent from public debate is what it costs to keep vulnerable Americans, young and old, from falling into poverty or hovering above it by paying for household necessities.

How Much Is Needed?

When EPI experts Elise Gould and David Cooper looked at replacing the official poverty line with the more modern Supplemental Poverty Measure, they found that seniors with a household income (via any mix of social insurance benefits or savings) that was less than double the SPM could be thrown into poverty by a “single economic shock.”

“There is a large share of elderly Americans who are economicaly vulnerable; a single shock could push them precariously close to or into outright material deprivation,” they wrote. “With nearly half of all seniors in the United States falling below the threshold of economic vulnerability, policymakers must be especially careful when considering changes to social insurance programs—predominantly Social Security and Medicare—that protect this group.”

EPI’s conclusion that elderly Americans needed a monthly income twice that of the SPM is backed up ny an even more detailed poverty-line tool developed by the Washington-based advocacy group, Wider Opportunities for Women. It has an online index where anyone, from families with children to seniors, can plug in information on family type, income, location, savings and other expenses to calculate basic living costs below which one becomes impoverished—not being able to pay for necessities.

All of these tools and indices—the Supplemental Poverty Measure, EPI’s finding that elderly Americans need to earn double the SPM to weather inevitable crises, WOW’s economic security index—are a far cry from the official federal poverty threshold. They suggest that Congress and the White House should be looking at a different big picture: what it costs to live today and how far social insurance programs fall short of that line.

There’s no need to measure poverty and economic insecurity by indexing family food budgets based on large eggs costing 45 cents a dozen and macaroni-and-cheese dinners 39 cents, as they did in Wisconsin in 1963.