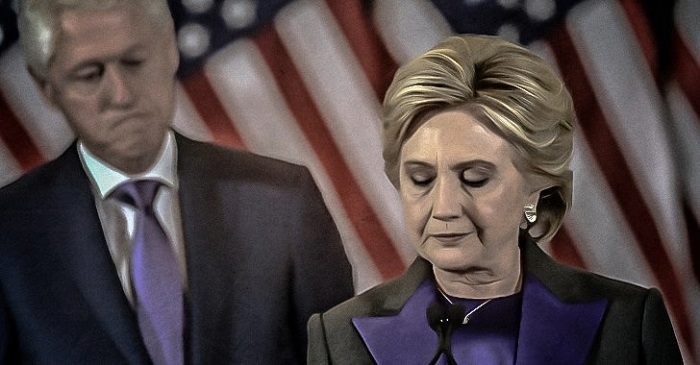 Article via The Anti-Media by S.M. Gibson

Social Media was set ablaze Monday morning with articles announcing the death of 101-year-old David Rockefeller. While most in the comment sections were not mourning the loss of the former chief executive of Chase Manhattan bank, political figures from both sides of the aisle felt compelled to publicly express their sympathies for the deceased billionaire.

Bill and Hillary Clinton paid tribute to the career banker by releasing a statement soon after Fraser P. Seitel, a Rockefeller family spokesman, confirmed the passing.

The Clintons, whose remarks were published on the Clinton Foundation website, read in part:

“David Rockefeller was a consummate businessman, a great humanitarian, and a serious scholar. He was a kind, good man to all who met him. Hillary and I are grateful for his friendship and his remarkable life.” 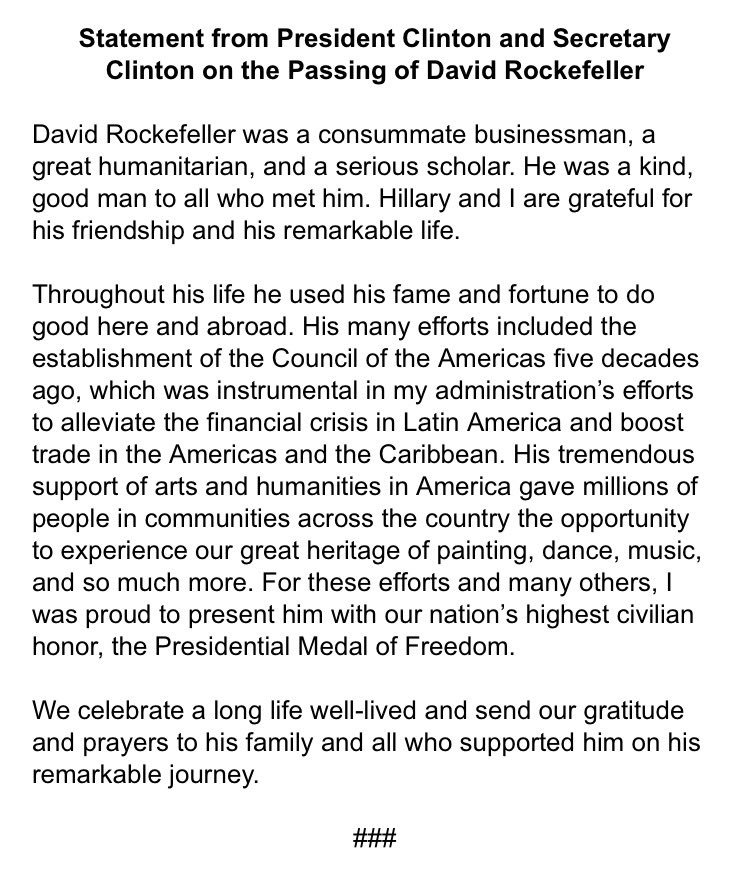 Former president George H.W. Bush and his wife Barbara also issued their condolences in a public statement of their own, lamenting the loss of their “wonderful friend.”

“Barbara and I were deeply saddened to hear that our wonderful friend, David Rockefeller, has passed from this good earth,” said former President George H. W. Bush in the statement. “So many knew him as one of the most generous philanthropists — and brightest Points of Light — whose caring and commitment to the widest range of worthy causes touched and lifted innumerable lives.”

“No individual has contributed more to the commercial and civic life of New York City over a longer period of time than David Rockefeller,” Bloomberg said in a statement. “During my time in City Hall, he was always there for the city when we called.”