U.S. Bans Laptops, iPads, ‘Anything Bigger Than A Cellphone’ On Flights From 13 Countries 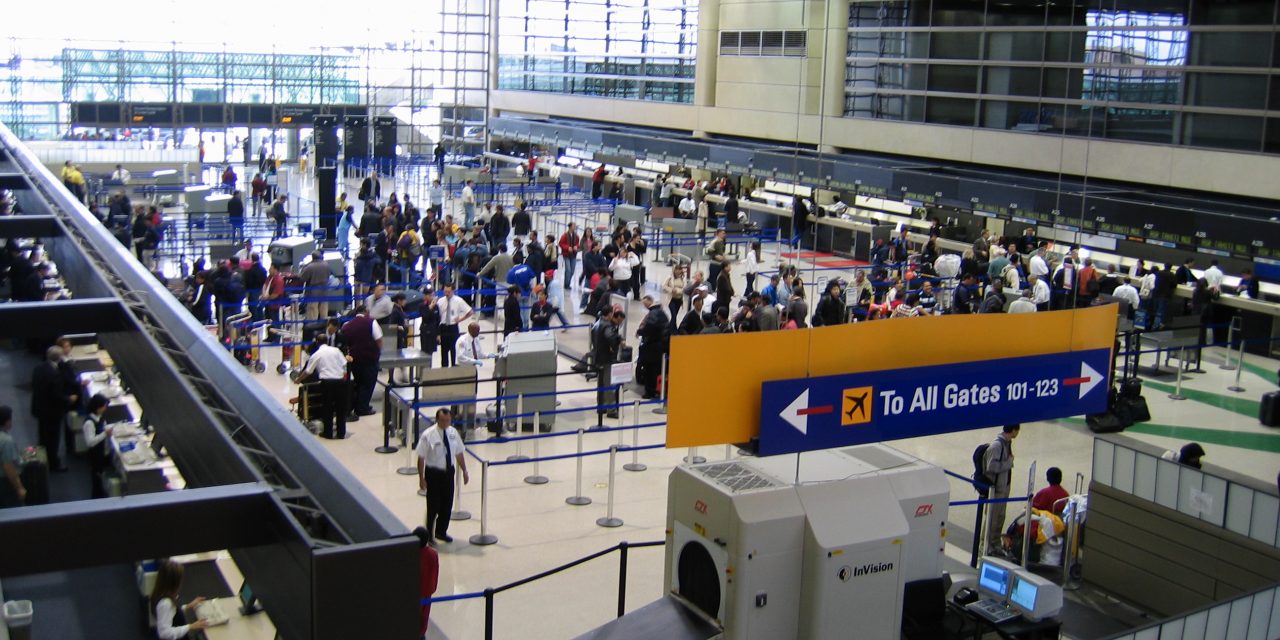 U.S. government officials have temporarily banned most electronics (including laptops, iPads, and Kindles) on certain flights into and out of the country, according to Jordan’s national air carrier.

As The Hill reports, Royal Jordanian posted on Twitter Monday that “following instructions from the concerned U.S. departments, we kindly inform our dearest passengers departing to and arriving from the United States that carrying any electronic or electrical device on board the flight cabins is strictly prohibited.”

The ban does not apply to cell phones or medical devices, but does include laptops, tablets, electronic games and cameras. Those items can be stowed in checked baggage, however.

The Guardian notes that Saudi Arabia’s Saudia Airlines and Royal Jordanian airlines are among the affected countries; the full list has not been revealed to the affected airlines themselves.

The email – described as a “circular” – is not a public regulation, but airlines will be expected to enforce the new rule. Airlines were issued the circular on Monday and given 96 hours to comply.

The circular does not address electronic flight bags (EFBs), which allow flight crews to display diagrams mapping flight patterns, maps of airports and other digital documentation, usually on an iPad.

The lack of specificity leaves airlines in the dark as to whether their employees will be cited or otherwise punished for performing the vital functions of aircraft crew as usual.

Compliance has been swift: “Effective March 21st, the carriage of electronic and electrical devices inbound to the USA shall only be inbound in checked baggage except for mobile and medical devices,” according to a reservation agent at one of the affected airlines.

Royal Jordanian airlines tweeted a reference to the restrictions, referring cryptically to “concerned US departments”. 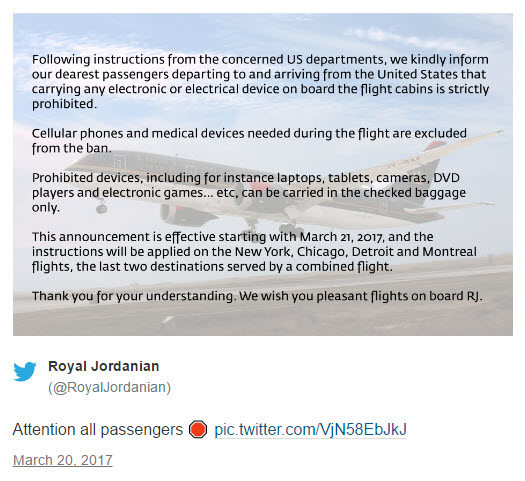 It was suggested that Royal Jordanian disobeyed the circular in part by making its existence known. (NOTE: The tweet has been deleted since The Guardian reported it.)

Saudi Airlines, however, just tweeted and confirmed the ban.. 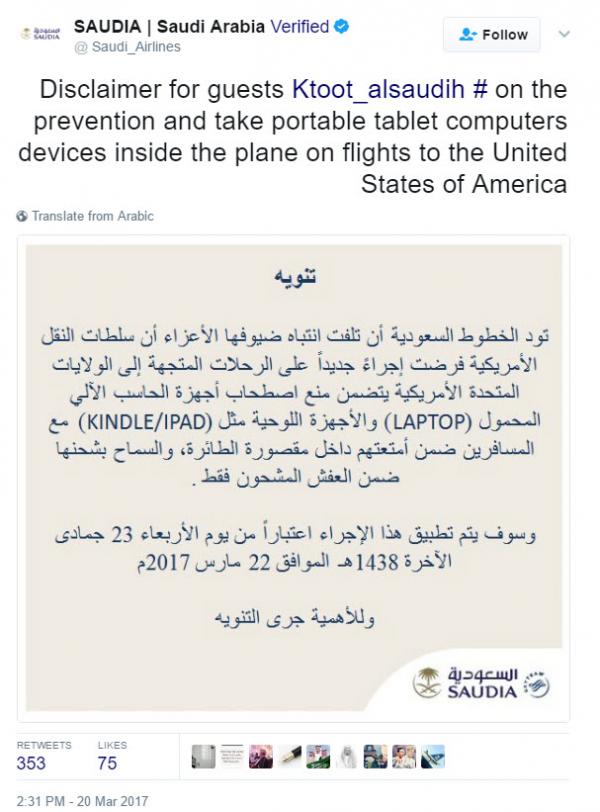