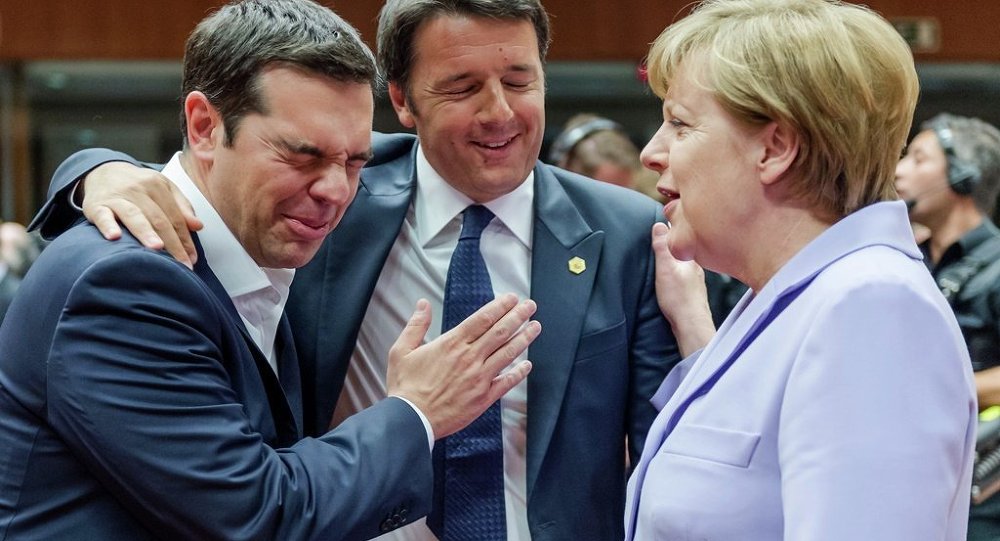 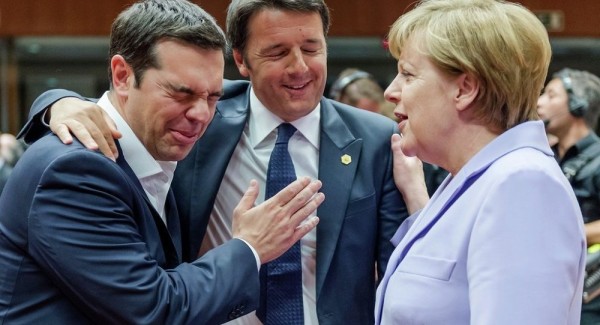 Greece will be siphoning 50 billion euros in public assets to offshore banks accounts to “repay” it’s debts to the EU – even though the majority of the Greece people demanded NO.

Greece must overhaul its civil justice system and create the Banks Recovery and Resolutions Directive (BRRD) to synchronize its bank laws with the EU’s by July 22nd in accord.

EU representatives, Greek politicians and creditors negotiated the terms of the deal, essentially burying Greece in more crippling austerity and EU tyranny. 50 billion euros will be siphoned out of the public’s assets to be pumped to offshore foreign banks, this temporarily is keeping Greece’s banks open. Even though 90% of the debt isn’t even Greek owed. The new plans must still be passed by the Greek parliament before Brussels can send the Greeks another loan however.

Prime Minister Alexis Tsipras and the Troika in Brussels struck the deal, which is a concise blow to democracy. The Greek people said “no”, but Tsipras showed up with a “yes”, demonstrating utter hypocrisy. Twitter began to trend with #thisisacoup as a result:

Ignoring the democratic will of a nation & forcing a failed neo-liberal economic policy on them. Yep, #ThisIsACoup pic.twitter.com/gWgxu0UL4E

French president jumped on Twitter to say: “Europe has won, an agreement has been found. France looked for it, wanted it. Greece will stay in the Eurozone. Europe has won.”

Yes, the EU has won but when it all boils to the core the Greek people have experienced another blow – a blow to their democracy. The people let it be known that they conscientiously refuse to be a part of the parasitical EU/IMF power-structure – their leader sent them under the bus. This clearly depicts the reality of EU’s power over allegedly sovereign nations.