Congress Bill Could Give America Its Own Ministry Of “Truth” 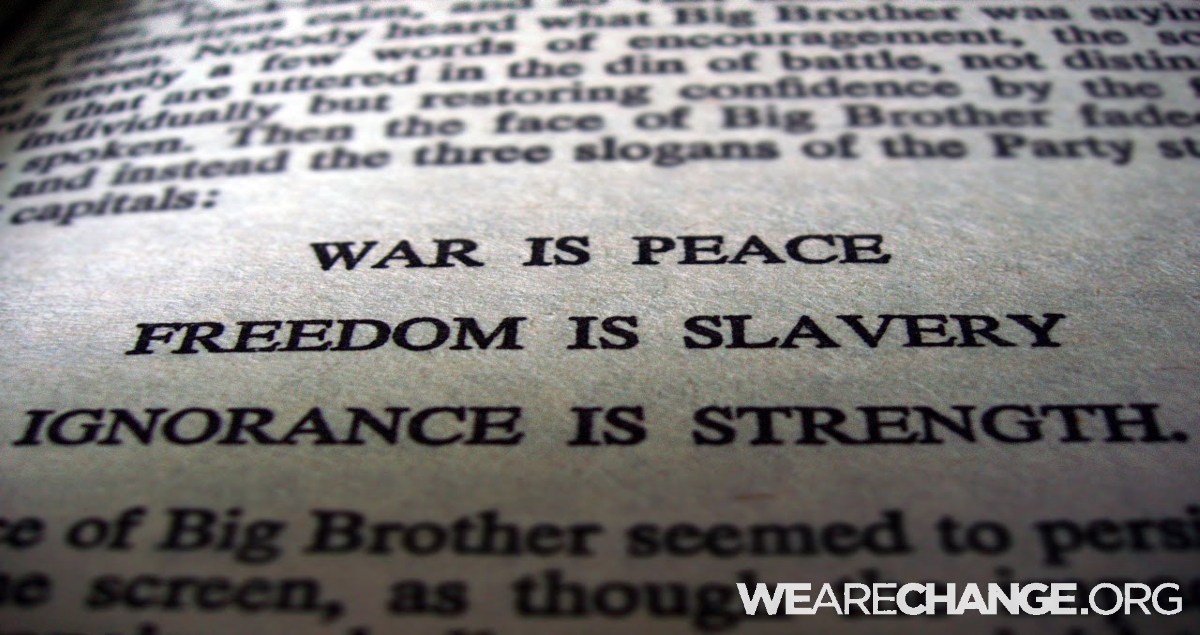 The protagonist of the novel, 1984 Winston Smith, is a member of the Outer Party, who works for the Ministry of Truth (or Minitrue in Newspeak), which is responsible for propaganda and historical revisionism.

(ANTIMEDIA) United States — In the true Orwellian fashion now typifying 2016, a bill to implement the U.S.’ very own de facto Ministry of Truth has been quietly introduced in Congress — its lack of fanfare appropriate given the bill’s equally subtle language. As with any legislation attempting to dodge the public spotlight, however, the Countering Foreign Propaganda and Disinformation Act of 2016 marks a further curtailment of press freedom and another avenue to stultify avenues of accurate information.

Introduced by Congressmen Adam Kinzinger and Ted Lieu, H.R. 5181 seeks a “whole-government approach without the bureaucratic restrictions” to counter “foreign disinformation and manipulation,” which they believe threaten the world’s “security and stability.”

“As Russia continues to spew its disinformation and false narratives, they undermine the United States and its interests in places like Ukraine, while also breeding further instability in these countries,” Kinzinger explained in a statement. “The United States has a role in countering these destabilizing acts of propaganda, which is why I’m proud to introduce [the aforementioned bill]. This important legislation develops a comprehensive U.S. strategy to counter disinformation campaigns through interagency cooperation and on-the-ground partnerships with outside organizations that have experience in countering foreign propaganda.”

Make no mistake — this legislation isn’t proposing some team of noble fact-finders, chiseling away to free the truth from the façades of various foreign governmental narratives for the betterment of American and allied populations. If passed, this legislation will allow cumbrously pro-‘American’ propaganda to infiltrate cable, online, and mainstream news organizations wherever the government deems necessary.

“From Ukraine to the South China Sea, foreign disinformation campaigns do more than spread anti-Western sentiments — they manipulate public perception to change the facts on the ground, subvert democracy and undermine U.S. interests,” Lieu explained. “In short, they make the world less safe.”

H.R. 5181 tasks the Secretary of State with coordinating the Secretary of Defense, the Director of National Intelligence, and the Broadcasting Board of Governors to “establish a Center for Information Analysis and Response,” which will pinpoint sources of disinformation, analyze data, and — in true dystopic manner — ‘develop and disseminate’ “fact-based narratives” to counter effrontery propaganda.

Listed among nine core duties of this propaganda response squad, according to the bill’s text, emphasis added, will be “Identifying current and emerging trends in foreign propaganda and disinformation, including the use of print, broadcast, online and social media, support for third-party outlets such as think tanks, political parties, and nongovernmental organizations, and the use of covert or clandestine special operators and agents to influence targeted populations and governments in order to coordinate and shape the development of tactics, techniques, and procedures to expose and refute foreign misinformation and disinformation” — ostensibly in foreign lands.

“These countries spend vast sums of money on advanced broadcast and digital media capabilities, targeted campaigns, funding of foreign political movements, and other efforts to influence key audiences and populations,” Portmanexplained, adding that while the U.S. spends a relatively small amount on its Voice of America, the Kremlin provides enormous funding for its news organization, RT.

“Surprisingly,” Portman continued, “there is currently no single U.S. governmental agency or department charged with the national level development, integration and synchronization of whole-of-government strategies to counter foreign propaganda and disinformation.”

Though putatively aimed to counter purported disinformation abroad, text of the bill hints the effort would operate on some level within the U.S., as well — or at least cracks the door to widening that scope and focus in the future.

“Whether it’s counter-propaganda, whether it’s counter-extremism, we just really have to come to terms with the fact the United States government is not always the most credible voice in these debates,” said Kristin Lord, CEO of IREX, a non-profit organization promoting ‘global change,’ at a meeting of the Atlantic Council in March. “So we have to invest in the people who are making the credible arguments.”

This article (Propaganda Bill in Congress Could Give America Its Very Own Ministry Of Truth) is free and open source. You have permission to republish this article under a Creative Commons license with attribution to Claire Bernish andtheAntiMedia.org. Anti-Media Radio airs weeknights at 11pm Eastern/8pm Pacific. If you spot a typo, emailedits@theantimedia.org.