Handcuffs, Leg Shackles and Tasers: The New Face of Punishment in the Public Schools 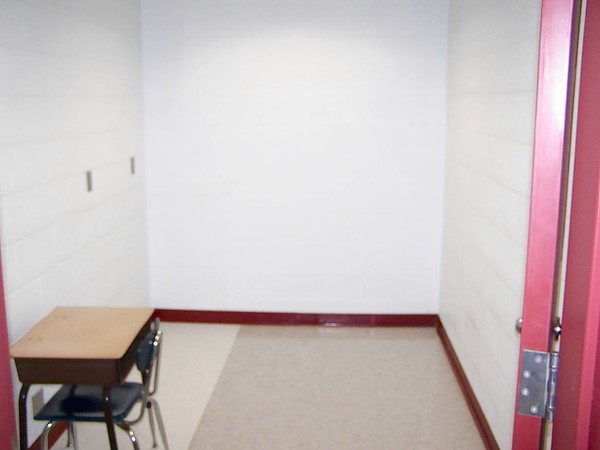 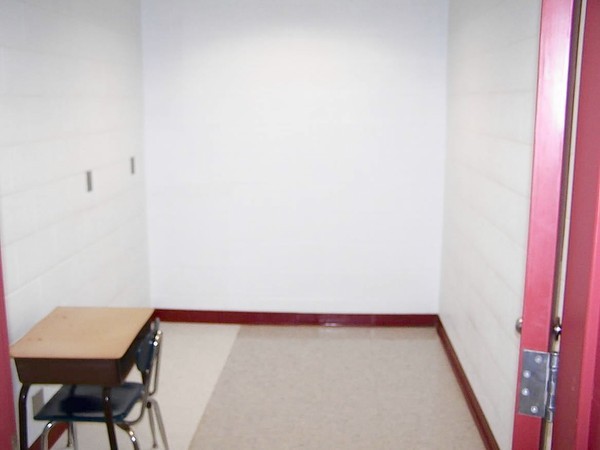 “In many parts of the country, teachers are viewed as beyond reproach, much like doctors, police officers, or clergy … and, therefore, are rarely challenged about their classroom conduct. In some cases, this means that actions that would be considered criminal if committed by a parent remain unchallenged by law enforcement if they occur in a school setting.”—Senator Tom Harkin, “Dangerous Use of Seclusion and Restraints in Schools Remains Widespread and Difficult to Remedy: A Review of Ten Cases”

Roughly 1500 kids are tied up or locked down every day by school officials in the United States.

At least 500 students are locked up in some form of solitary confinement every day, whether it be a padded room, a closet or a duffel bag. In many cases, parents are rarely notified when such methods are used.

On any given day when school is in session, kids who “act up” in class are pinned facedown on the floor, locked in dark closets, tied up with straps, bungee cords and duct tape, handcuffed, leg shackled, tasered or otherwise restrained, immobilized or placed in solitary confinement in order to bring them under “control.”

In almost every case, these undeniably harsh methods are used to punish kids for simply failing to follow directions or throwing tantrums. Very rarely do the kids pose any credible danger to themselves or others.

Unbelievably, these tactics are all legal, at least when employed by school officials or school resource officers (a.k.a. police officers) in the nation’s public schools.

For example, in what may be the youngest example of a child being restrained in this way, in October 2014, a 4-year-old Virginia preschooler was handcuffed, leg shackled and transported to the sheriff’s office after reportedly throwing blocks and climbing on top of the furniture. School officials claim the restraints were necessary to protect the adults from injury.

In New York, “school safety agents” tied a 5-year-old ADHD student to a chair with Velcro straps as a punishment for throwing a tantrum in class. Police officers claim the straps were necessary because the boy had tried to bite one of the adults.

A 6-year-old kindergarten student in a Georgia public school was handcuffed, transported to the police station, and charged with simple battery of a schoolteacher and criminal damage to property for throwing a temper tantrum at school.

A second-grader in Arizona who suffers from ADHD was duct-taped to her chair after getting up to sharpen her pencil too often.

Kentucky school officials placed a 9-year-old autistic student in a duffel bag as a punishment acting up in class. Turns out, it wasn’t the first time the boy had been placed inside the “therapy bag.”

An 11-year-old special needs student had his hands cuffed behind his back and was driven home in a police car after refusing to come inside after recess and acting in an out of control manner by “passively” resisting police officers.

Unfortunately, these are far from isolated incidents.

According to a ProPublica investigative report, such harsh punishments are part of a widespread phenomenon plaguing school districts across the country.

In 2012 alone, there were more than 267,000 attempts by school officials to restrain or lock up students using straps, bungee cords, and duct tape. The numbers are likely far greater when one accounts for the schools that underreport their use of such tactics.

Vogell found that “most [incidents] of restraints and seclusions happen to kids with disabilities—and are more likely to happen to kids with autism or emotional/behavioral problems.” Often due to their age, their emotional distress, or their disabilities, these young people are unable to tell their parents about the abusive treatment being meted out to them by school officials.

At least 500 students are placed in “Scream Rooms” every day (there were 104,000 reported uses of scream rooms in a given year). For those unfamiliar with the term, a “scream room” is an isolated, unmonitored, locked room—sometimes padded, often as small as four-feet-by-four-feet—which school officials use to place students in seclusion.