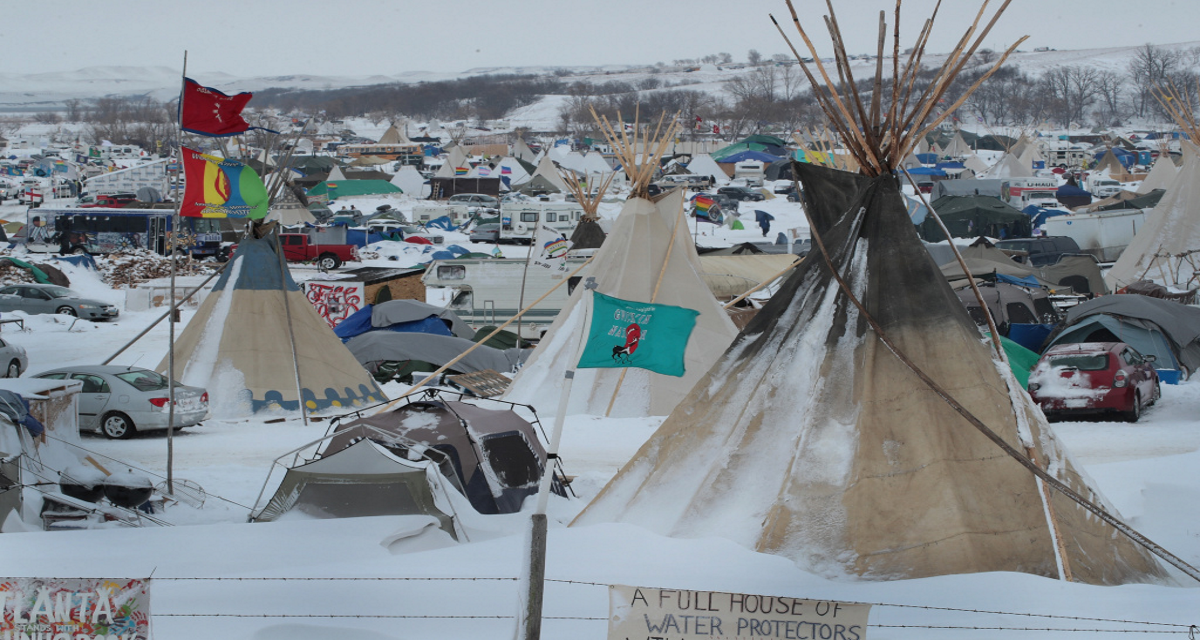 A major hardware store is refusing to supply Standing Rock protesters with heating supplies or other materials that could be used at the water protector’s camps.

An official statement from Ace Hardware says that “stores in the vicinity of recent pipeline protests in North Dakota have been requested by law enforcement officials to refrain from selling materials that could be used at camps.”

The company’s official statement on the matter was exposed by users on Twitter:

ACE Hardware stores are refusing to sell goods to water protectors at the direction of Morton Cty Sheriff #NoDAPL pic.twitter.com/lyztvD6DDy

A video shot by activist Kevin Gilbertt calling an Ace Hardware customer representative is also going viral, in which the representative seems to be echoing similar language from the official statement.

Law enforcement has cracked down on Standing Rock protesters recently, with mandatory evacuation notices being issued from both the North Dakota Governor Jack Dalrymple and the U.S. Army Corps of Engineers, as well as issuing fines of $1,000 to anybody attempting to bring supplies to the protesters.

Supporters of Standing Rock have responded with outrage on Twitter, many of them vowing to boycott the franchise:

Ace Harware has reportedly backed out on its decision not to sell propane and incendiaries to Dakota Access Pipeline protesters. According to the statement, “Ace Hardware can now confirm that there is no ban on the sale of products at our locally-owned Ace stores; customers should feel free to check with their local store for inventory availability.”