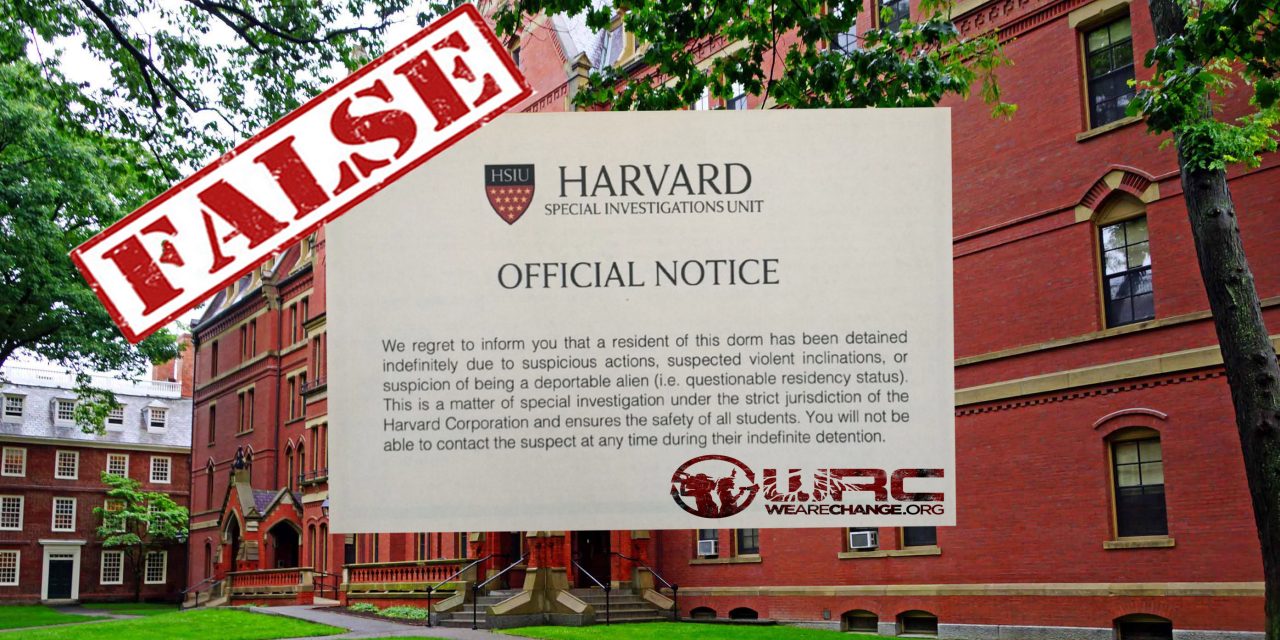 “We regret to inform you that a resident of this dorm has been detained indefinitely due to suspicious actions, suspected violent inclinations, or suspicion of being a deportable alien (i.e. questionable residency status),” the flyers read. 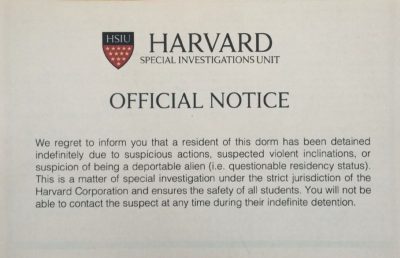 Image of the mock notices that were spread around campus at Harvard. Photograph by ARIDENNE A. DEWS,

On that back of the flyer, however, it tells students that it is, “not a real notice,” adding:

“However, we hope that the unsettling nature of this notice allows Harvard community members to reflect on the reality of people who face these kinds of unwarranted disruptions of life in unexplained suspicious circumstances before a state power that can hold ‘suspects’ indefinitely.” 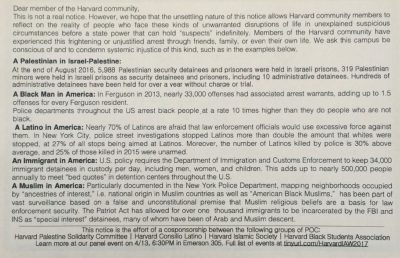 Image of the back of the mock deportation notice. Photograph by ARIDENNE A. DEWS,

Despite the notice being labelled as false on the back, many students still showed anger and discontent. Prompting two of the four groups that were involved in the creation of the false notice to come forward and apologize.

One of the students expressed her displeasure stating:

“I was upset mostly because I think [the flyers] didn’t take into account the feelings of people who have actually seen deportation notices or experienced the risk of deportation, or have loved ones who are at risk of deportation—their responses were not taken into account,” said Harvard student Karla V. Alvarado, whose parents used to be undocumented.

“As a member of the Latinx and black communities, I was really disturbed by the format of the flyer and how terrifying it was for students of color and undocumented students especially to receive the notice.”

In an emailed statement provided by Fatima M. Bishtawi, co-president of the Palestine Solidarity Committee, said:

“Would like to unequivocally apologize for any trauma and pain provoked by the seriousness of this notice.”

The board of Concilio Latino also released a statement saying:

“[The fliers] are fake, but the effects they may have had on any of you are beyond real and represent something entirely antithetical to what Concilio stands for.”

Further adding that they were not fully aware of the content contained in the notices before they were distributed.

Noted by the College Fix, in 2013, the Palestine Solidarity Committee has come under fire for false notices once before for stirring up controversy surrounding Israel’s settlement policies, by posting mock eviction notices.

The Black Students Association and Islamic Society, have yet to return The Harvard Crimson’s inquires.