China To U.S. And North Korea If War Breaks: ‘There Will Be No Winner’ 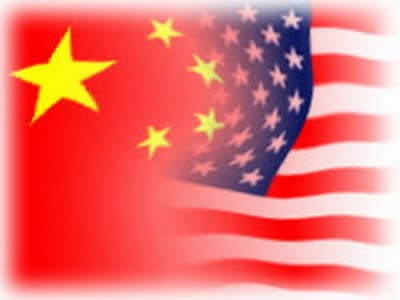 As speculation mounts and amid rising tensions between the U.S. and North Korea, Pyongyang may carry out a new nuclear test. China has warned conflict could erupt “at any given moment” between the two countries stating there would be “no winner” if war occurs and urged “dialogue” as a resolution.

U.S. President Donald Trump has stated the North Korea problem “will be taken care of” with or without China’s support. In recent days the U.S. has sent the USS Carl Vinson aircraft carrier strike group storming toward the reclused country. The Pentagon is also prepping for a massive electrical grid failure.

With NBC warning, the U.S. may issue a pre-emptive strike against North Korea if the Hermit Kingdom tests a nuclear missile.

The report added that two American destroyers are within striking distance of the area, with one armed and ready about 300 miles from North Korea’s nuclear test site if the DPRK decides to issue a test launch.

Other journalists called the report outright “totally wrong” and “extremely dangerous” edging on war while adding no strikes are planned.

My sources say a pre-emptive strike is NOT planned, contrary to what @NBCNews reporting, but retaliation likely if missile/nuke device test. https://t.co/ec4BaMC2Sa

U.S. officials have said that any strike would seek South Korea’s permission.

“In fact, the U.S. is working to reassure us that it will not, just in case that we might hold such concerns,” he said.

President Trump on Thursday tweeted that he has “great confidence that China will properly deal with North Korea.”

“If they are unable to do so, the U.S., with its allies, will! USA,” the president tweeted.

I have great confidence that China will properly deal with North Korea. If they are unable to do so, the U.S., with its allies, will! U.S.A.

“Lately, tensions have risen … and one has the feeling that a conflict could break out at any moment,” China’s foreign minister Wang Yi said, adding, “If a war occurs, the result is a situation in which everybody loses and there can be no winner.”

North Korea has responded stating they have their own pre-emptive strike plans against the U.S. if Washington continues its inciting of conflict in the region.

Vice Minister Han Song Ryol on Friday told The Associated Press that President Trump’s tweets were part of a “vicious cycle” of escalated tensions in the region, adding that North Korea will continue to stockpile more nuclear warheads and improve the country’s nuclear program.

“We’ve got a powerful nuclear deterrent already in our hands, and we certainly will not keep our arms crossed in the face of a U.S. pre-emptive strike,” Han said. “Whatever comes from the U.S., we will cope with it. We are fully prepared to handle it.”

“Trump is always making provocations with his aggressive words,” Han said. “It’s not North Korea but the U.S. and Trump that makes trouble.”

The North Korean army has additionally vowed a “merciless retaliatory strike” in response to any U.S. provocation. Adding that the administration of President Donald Trump had “entered the path of open threat and blackmail against the DPRK.”

Citing Washington’s recent missile strike in Syria, the statement said that U.S. military bases in South Korea as well as Seoul’s presidential Blue House “would be pulverized within a few minutes”.

“The closer such big targets as nuclear powered aircraft carriers come (to the Korean peninsula), the greater would be the effect of merciless strikes.”

“By relentlessly bringing in a number of strategic nuclear assets to the Korean peninsula, the US is gravely threatening the peace and safety and driving the situation to the brink of a nuclear war,” North Korea’s statement said.

DPRK isn’t showing any sign of backing down stating they will test missiles when they see fit.

Japan has issued a warning for evacuation of its 60,000 citizens from South Korea expressing that the North “could fire sarin-loaded missiles,” Japan’s Prime Minister Shinzo Abe said.

“We’re going to consult with the Republic of Korea on North Korea’s efforts to advance its ballistic missile and its nuclear program,” a White House foreign policy adviser told reporters.

China has suspended all flights from Beijing to North Korea.