Here’s Who Thinks Snowden Should Be Allowed Home – What About You? 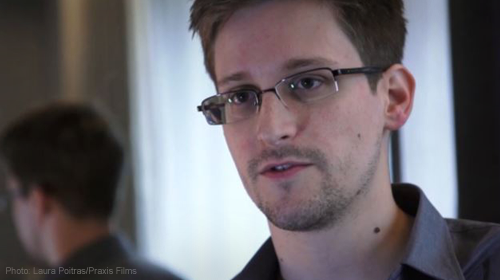 It is time for the United States to offer Mr. Snowden a plea bargain or some form of clemency that would allow him to return home, face at least substantially reduced punishment in light of his role as a whistle-blower, and have the hope of a life advocating for greater privacy and far stronger oversight of the runaway intelligence community . . . When someone reveals that government officials have routinely and deliberately broken the law, that person should not face life in prison at the hands of the same government.

We hope that calm heads within the present administration are working on a strategy to allow Mr Snowden to return to the US with dignity, and the president to use his executive powers to treat him humanely and in a manner that would be a shining example about the value of whistleblowers and of free speech itself.

Snowden affair: the case for a pardon – Editorial in The Guardian

Two major newspapers ran editorials yesterday urging President Obama to consider Edward Snowden’s role as a whistleblower and allow him to return to the United States with protection from excessive punishment. The New York Times and The Guardian have joined voices from around the world calling on the president to recognize Snowden’s role in exposing illegal government activity and sparking a global debate on privacy and democracy.

As both newspapers note, if not for Snowden’s disclosures, the unprecedented and unconstitutional reach of the NSA’s mass surveillance programs would still be secret. Critical proposals for reform would not be under discussion in Congress. The numerous challenges to the NSA’s encroachment on our privacy  would never have made it to federal court. We would not be considering the impact of pervasive surveillance on our private lives, our creative and political endeavors, and our society as a whole, or discussing it on television and at holiday dinners – because we wouldn’t even know the extent to which it was happening.

And despite his enormous contribution to the public debate on the incompatibility of mass surveillance and democracy, the Obama administration is seeking to prosecute him under the World War I-era Espionage Act, and he could face a life behind bars for his act of conscience. As the ACLU’s Ben Wizner, who is also Snowden’s legal advisor, said on Meet the Press this past weekend, we must recognize Mr. Snowden’s contributions and “look forward”:

Amnesty is not a dirty word.  There’s a lot of people in this town, including some who have been on your show, who have been given amnesty.  We just don’t call it that.

Lying to congress is a crime.  Torturing prisoners is a very serious crime.  There are lots of times when people violate the law and society decides for one reason or another to look forward rather than backwards.   I think that this is one of those cases.  Mr. Snowden’s disclosures have been profoundly valuable to the country and to the world.

The ACLU believes Snowden is both a whistleblower and patriot. We are proud to advise him, and are heartened to see a growing chorus of voices supporting him. Following the publication of the two editorials,  Rep. Rush Holt (D-N.J.) recommended “leniency” for Snowden yesterday. If you agree with the New York Times, the Guardian, and other voices around the globe calling for President Obama to look forward and allow Snowden a way home, you can add your voice by signing this petition.