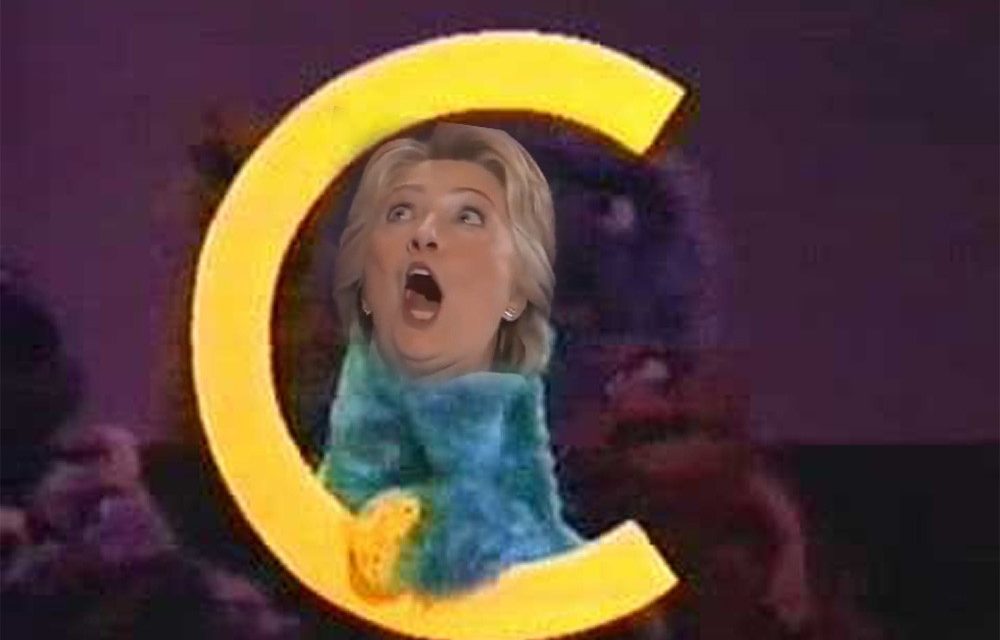 “The FBI just released documents on its own investigation into your emails and-and you’re aware that in the report you told FBI investigators that you were either unaware or misunderstood some of the classification procedures. We also read about an aide that got rid of old blackberries using a hammer, taking an hammer to a blackberry. When Americans hear that, do you think that feeds into what the FBI director said when he uh, when he said about you, that you were extremely careless with your emails?” – asked Muir.

To which, Hillary Clinton responded – “Well, I hope not, because – um- I take classification very seriously, always have, ever since I was on the Senate Armed Services Committee -uh- some years ago. And I want people to understand is really two things. I take responsibility. I have learned that trying to explain what happened -uh- made it sound to some people like I was trying to excuse it. There are no excuses. I take responsibility, I made a mistake, I’ve apologized..and obviously I wish I could do differently what happened, and I certainly would never do that again.”

For someone who takes classification so seriously (and always has), the direct defiance of the law requiring all State Department personnel to have completed a classification course is a major failure. The Inspector General found that at least four State Department aides had not received any classification training, while more had received some form of training, although not the required amount. This alone implicates that thousands of emails containing potentially classified data were handled by those with no security clearance or authorization to do so.

The classification training was taken as a joke by the head of the department – Hillary – and her staff acted the same way.

Rather than be exposed like one of her many State Department employees that didn’t take the nature of the job seriously, Hillary Clinton chose to explain her ignorance of the procedures for classification by pointing to her brain damage. Clinton had a brain aneurysm around the time of the briefings.

Clinton also chose to explain her actions by telling lies and the shifting blame.  “With respect to classification, unclassified documents, there is whats called a header,” Clinton said. “It says this material is top secret, secret, or confidential. There were no headers on the thousands of emails. There just weren’t, and the FBI hasn’t contradicted that.”

FBI Director James Comey revealed in July that many of the documents were in fact marked classified. Hillary explained her violation of the law by claiming that she is incompetent, and failed to recognize that she was sending classified documents unsecured for years –

“There were a couple emails with a tiny c in a parenthesis, which did not have a header, saying that means confidential in this circumstance, in which the director of the FBI has said, and the State Department has said, those couple of emails were improperly marked, even at that. So yes. I take classification seriously, and I think the record shows that I have.” – Hillary Clinton

David Muir answered this, saying “But authorities say that C , that that C stood for confidential.”

“The C…this is very arcane for most people,” claimed Hillary Clinton. “There was no header that the document that that little C appeared in was marked confidential”.

Muir followed up with this – “The director [of the FBI] also said you were extremely careless, do you agree with him?”

Apparently forgetting her statement two minutes previously, in which she said, “There are no excuses. I take responsibility, I made a mistake,” Hillary contradicted herself by saying “Well, I respectfully disagree, because what that – what that really comes down to is whether material that was not marked classified in someone else’s opinion, in retrospect, should have been. And I think the people in the State Department, professionals with lots of experience and expertise, were handling this material and sending it to me. They made their best judgements.”

Hillary ended the interview saying, “I have absolutely no, uh, doubt that you know, what I did has raised questions for people, and I deeply regret that, That’s why I have said there are no excuses. I took responsibility an year ago, I took responsibility today. I made a mistake, I’ve apologized for it. And I’m just happy it’s over, you know..because that is, you know, the end of what’s been a very, very difficult period.”

A sincere apology requires acknowledgement of the harm that was committed. Hillary apologized, but then immediately passed blame to other people for their method of marking the classified material.

Perhaps when Julian Assange leaks the next batch of Clinton’s emails, Hillary will be finally be sorry.