NO PRESS CONFERENCE, BUT HILLARY LETS KIDS ASK HER QUESTIONS FOR $2,700 FEE 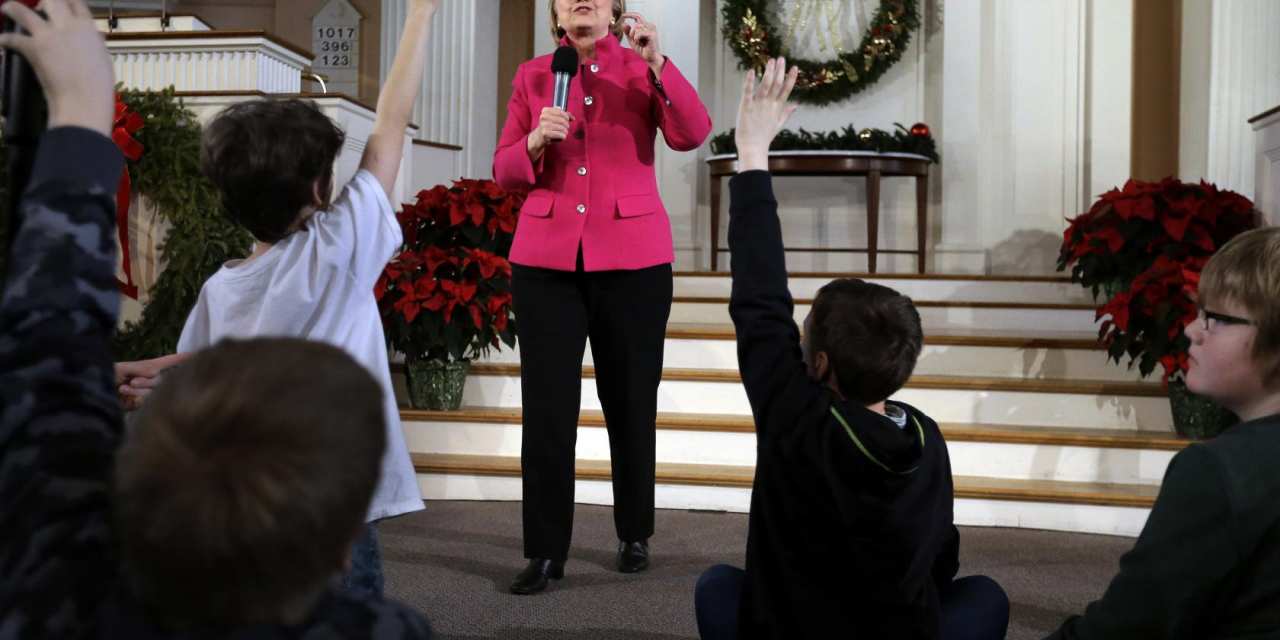 Sick Hillary Clinton won’t hold a press conference, but she will let children ask her questions – for a fee of course.

Parents that gave $2,700 in campaign donations bought their kids the opportunity to be used as a political prop and ask their political questions to Hillary. One can only wonder if Hillary’s people pre-screened the questions from the children.

Hillary has dodged the press like the Bubonic plague, avoiding reporters for months. The last time Hillary held a press conference was over 275 days ago and we are moving towards the one year mark.

For someone who wants to be President of the United States, it is insane to avoid the judgment and critique of the press. Pathetically, the mainstream press, largely supporters of Hillary, are happy to play along.

But for $2,700, Hillary will answer your brainwashed kids political questions for you. Again it’s a pay to play operation, just like Hillary’s State Department. From the New York Times:

For a donation of $2,700, the children (under 16) of donors at an event last month at the Sag Harbor, N.Y., estate of the hedge fund magnate Adam Sender could ask Mrs. Clinton a question. A family photo with Mrs. Clinton cost $10,000, according to attendees.

In another case of Hillary using America’s children, in New Hampshire a boy read off a cue card, “When you become president what is your plan to connect mental health problems and guns to make sure that me, my brothers and my friends are safe from violence at school?”

“I’m going to do everything I can do and I’m not going to stop trying, I think we need to pass some laws that I have been advocating for. We need comprehensive background checks. We need to close the gun show loophole, the online loopholes. Because every day we lose 90 people to gun violence homicides, suicides, and tragic avoidable accidents,” said Hillary.

“Avoidable accidents” – do you mean like those people who had “accidents” on your infamous Clinton hit-list? Like Seth Rich and others?

Yes, I agree Hillary, tragic deaths could have been avoided if you just stopped killing people the way you have since Arkansas. Those tragic convenient deaths, those dancing skeletons that just follow you around. Would you like to end those deaths, or are you just using a child to try and remove America’s self-defense capabilities?

Here’s a good question kids – do you know what the Clinton body count is? Look up the “Clinton Body Count” and see all the dead people surrounding the Clintons, all their political enemies, and decide whether it’s a coincidence or not. It’s like a real life version of the show House Of Cards.