The Six Questions Hillary Was Asked At Her Pathetic “Press Conference” 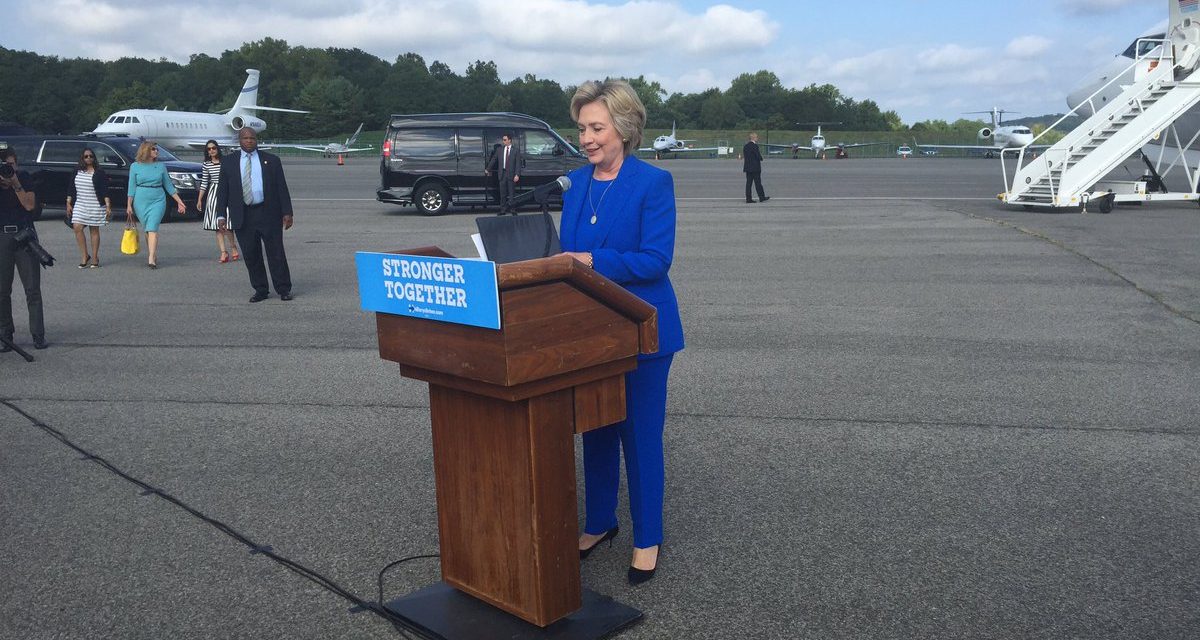 Clinton was asked a teacup of questions by – in Hillary’s own words – “the good loyal reporters” that follow her around on her campaign jet. No reporter dares ask Hillary Clinton the hard hitting questions for fear she won’t allow them on her private jet anymore.

The questions Hillary was asked –

1.  “Shouldn’t you just be running away with it at this point?” The fangirl press corps apparently believes Hillary should be coronated. 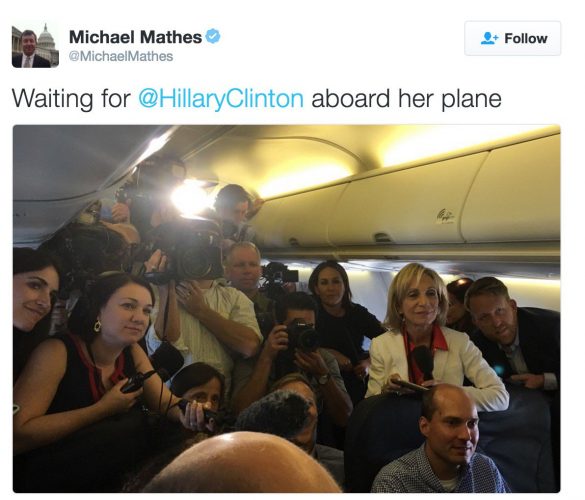 2. Whether “ruling out ground forces in Iraq ignores the U.S. troops on the ground already,” and does that box herself in if elected?

A real journalist might ask whether Hillary’s terrible decision to bomb Libya paints her as incompetent or a war profiteer.

3. On the RNC’s portrayal of Hillary and her being a woman. “You suggested there is a double standard. Do you think you’re treated differently because you’re a woman?”

No word on whether this was asked by the Huffington Post.

4. The fourth question was “whether she got the impression in her intelligence briefings that they were not pleased with the decisions the administration has made so far.”

Considering the generals not yet fired by Obama are political yes men, this question lacks all context.

5. “Whether the media is being too easy on Trump?”

Yes, the media that spends every hour on cable news manufacturing negative Trump stories should spend more time on Trump. One reporter shouted a satirical “question” about Gary Johnson’s ignorant question on MSNBC, “What is Aleppo?” Meanwhile, the media allows Hillary to claim she doesn’t know what C stands for on classified government documents.

6. Clinton fangirl Andrea Mitchell of NBC asked about a comment from Matt Olsen, former head of the National Counterterrorism Center, that ISIS supports the election of Donald Trump.

No reporters asked about Julian Assange’s claim that Hillary sold weapons to ISIS.

One brave journalist for Dailymail.co.uk did ask  “Can you clarify what you told the FBI about your concussion?”, but Clinton walked away, dodging the only question the Clinton campaign wouldn’t have approved in advance.

No reporters dared to ask Hillary about her recent coughing fits, the yellow mucus-like substance she spit up last week, her illegal private server, the ongoing Clinton Foundation investigation by the FBI, or the recent FBI revelations that Hillary lied and in fact used multiple devices – and had State Department employees destroy her Blackberries with hammers.

Clinton will claim to have ended her long 278 days without a press conference, but can you call this a press conference when no serious questions were asked and answered? Clinton Foundation supporter Matt Lauer was skewered by corporate media pundits for daring to ask Hillary about her illegal private server during the Commander-in-Chief Forum.

What was he supposed to ask about, her yoga classes? (As if Sick Hillary is really doing yoga.)

In this climate, where Lauer forcefully interrupted Trump 13 times and delicately interrupted Clinton 7 times, but found himself hammered by Hillary’s biased press corps, will any hard hitting questions be asked by mainstream media reporters?

Eventually they will have to – they can’t keep covering her scandals for her and maintain any credibility, and Wikileaks’ Julian Assange promises big things to come. We Are Change Editor-in-Chief Andrew Meyer contributed to this report.