HOW PLUMBING (NOT VACCINES) ERADICATED DISEASE 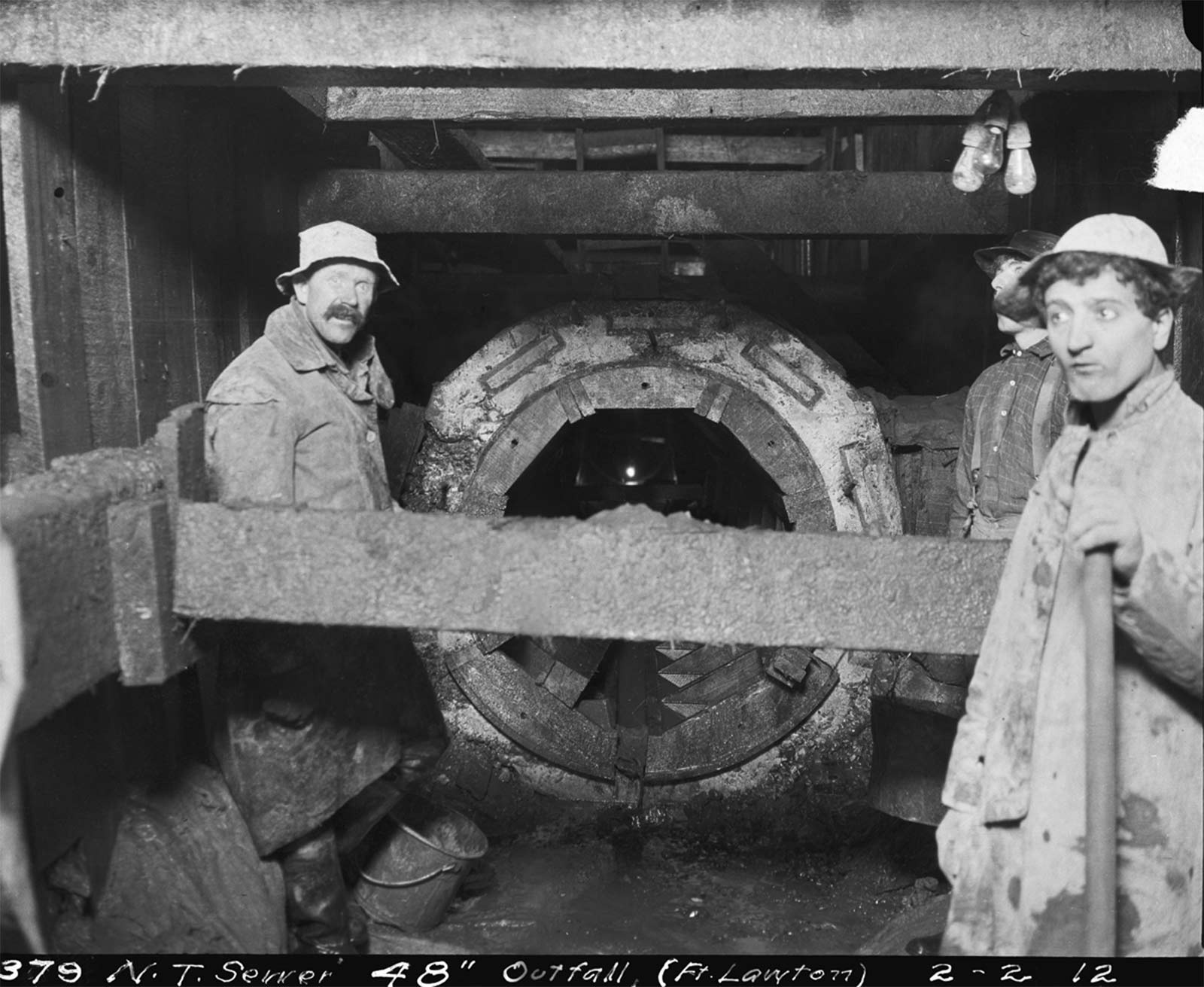 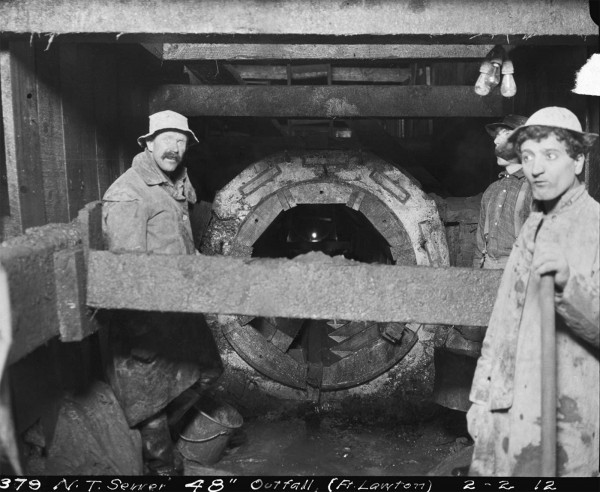 (Organiclifestyle) Vaccines get all the glory, but most plumbers will tell you that it was water infrastructure – sewage systems and clean water – that eradicated disease, and they’re right.

After the fall of the Roman Empire, Europeans despised all things Roman, including bathing. There was a widespread belief that getting wet caused illness. This contempt and fear of bathing persisted through the Dark Ages.

Some Europeans defied local customs by bathing, but this was usually done over great protest. When Queen Elizabeth bathed, her servants panicked, fearing she would become ill and die.

This resistance to bathing was brought across the Atlantic to America, influencing habits all the way into the 1800s. In 1835, Philadelphia almost passed an ordinance forbidding wintertime bathing. Ten years later, Boston did outlaw bathing, except by medical directive. (Though this law was not widely enforced, it does illustrate the American resistance to bathing as late as the mid 1800s.)

Before plumbing was widely used, indoor facilities consisted of a washstand and a washbowl, a pitcher, and a chamber pot or commode. Human waste was thrown into the street or anywhere convenient.

This total lack of sanitation in urban areas filled with rats and other vermin provided the perfect environment to spread disease. The Black Plague alone killed 75 million – 200 million people – including 1/3 of Europe’s population. Though this disease is not entirely eradicated, human infection has become a rare occurrence. The last plague epidemic in America was in the early 1900’s.

Immunization efforts have received a lot of publicity and have garnered most of the credit for India being declared “polio free” by the World Health Organization. As recently as 2009, India reported 762 cases of polio, and at that time, these numbers made India the polio capital of the world. In 2014, there are currently no “official” documented cases of polio, but without proper sanitation there is no way this can last.

There have been some efforts to improve sanitation, but they pale in comparison to the extensive efforts to vaccinate Indians. Over 9 billion has been spent in this vaccination public health campaign. In some parts of India, children have received as many as 30 doses of the oral polio vaccine before their fifth birthday. Bill Gates, the World Health Organization, and GAVI have ardently been pushing vaccines on people who still don’t have access to clean drinking water or the sanitary means to dispose of human waste.

They Say Tomato, I say Tomatoe

The current polio vaccine campaign in India is highly controversial due to the high rate of vaccine injury and death. There were 53,000 cases of NPAFP, a non-polio acute flaccid paralysis, among those vaccinated. NPAFP is a disease that is clinically indistinguishable from polio and twice as deadly that is caused by the live, weakened, polio viruses in the vaccine. Incidences of the disease rose and fell with the number of doses of the vaccine administered. To call this disease anything other than polio is semantic subterfuge, a whitewash for Big Pharma’s image.

It would be less expensive in human cost and far more effective to improve India’s water infrastructure, improving India’s sanitation and hygiene.

In the 1800’s the European infant mortality rate was very high, from 25% to 70%. In the early-to-mid 1800s, London had little in the way of water infrastructure. The majority of people used town pumps and communal wells to get their drinking water. Waste disposal was far from adequate. Most Londoners dumped raw sewage and animal wastes into open pits known as “cesspools” or directly into the Thames River. Unfortunately, the Thames River was also the source of drinking water for many Londoners.

Cholera spreads easily through contaminated water and food and kills very quickly; it often proves fatal within hours of the first symptoms of vomiting or diarrhea.

In 1854, yet another outbreak struck London, claiming the lives of tens of thousands of Europeans. In Soho, a suburb of London, there were more than 500 fatal cases of cholera in ten days.

Dr. John Snow, who lived near Soho, was able to directly investigate what was causing the outbreak. Five years earlier, Dr. Snow had written an article about what he believed caused cholera. It was in the water, he argued. This idea flew in the face of the “wisdom” of his time. In the 1850s, doctors believed that bad vapors, or a “miasma in the atmosphere” caused disease. Dr. Snow dared to believe something different, to try something different, believing he might see different results.

Though it took some time, Dr. Snow convinced the authorities that fecal matter was contaminating the water supply. Today Dr. John Snow is widely regarded as the father of epidemiology.

The Rwandan refugee camps set up in Zaire in 1994 struggled with outbreaks of dysentery. Sanitation was poor; the refugees defecated openly in common areas. Human waste built up in the same areas where the refugees drew water that was used for cooking and drinking. Heavy rain flooded the area and dysentery became epidemic, at its peak it was killing 2,000 people a day.

Refugee camps have always been a haven for diseases related to poor sanitation. Once U.S. and UN officials brought in purified water and encouraged people to use outhouses and latrines for defecation, the incidences of dysentery fell.

The industrial revolution drove rapid population growth. Chicago’s water infrastructure wasn’t designed to handle such a rapid rise in population. Chicago was dealing with many different diseases, but it had especially high rates of typhoid fever. The source of the rapid increase in disease was traced to the city’s water and sanitation.

The majority of the city’s sewage was directed to the Chicago River, which flowed right back into Lake Michigan, which provided the city’s drinking water. This, of course, contaminated Chicago’s drinking water and created a cycle of disease.

It took many years to solve the problem, but in the early 1900s Chicago modernized their water infrastructure. They reversed the flow of several rivers and streams, and as a result, typhoid fever and all other infectious diseases plummeted.

Sanitation prevents disease by removing the cause of disease transmission, but this is not new information. Moses taught sanitation. He made many rules for encampments. The Greeks and the Romans created elaborate systems of aqueducts, baths, and drainage. When the Roman Empire crumbled, sanitation became a lost art. Civilization paid the price: plague after plague struck areas of dense population.

When most of us think of a conscientious objector, we think of someone who refused military service for moral or religious reasons. In the 1800s, the term came into use for someone who refused vaccinations for their children. There was a great deal of resistance to the smallpox vaccine. Some statistics placed fatalities from the vaccine as high as 1 in 200

In modern times, objections to vaccines are mounting. Refusing to vaccinate is as controversial today as it was when the first vaccines were forced on British citizens almost 200 years ago.

Vaccines often contain toxins like aluminum and mercury, and many vaccines contain aborted fetal tissues. The reality of vaccine injury and death is making the news, though the propaganda and out and out lies from pharmaceutical companies cause a polarized division between those who are pro vaccine and those who are against.

If you are reading this, you probably have access to running water and a working toilet. If you choose to forego vaccines for yourself or your children, bear in mind that you will need additional protection to avoid contracting illnesses. Exercise, sleep, stress management, and a truly healthy diet are all essential for an immune system to work at optimal efficiency.

While the medical professionals and the pharmaceutical companies are quick to take credit for our increased life expectancy, in truth, they are not the heroes. Have you thanked a plumber lately?

How Plumbing (Not Vaccines) Eradicated Disease