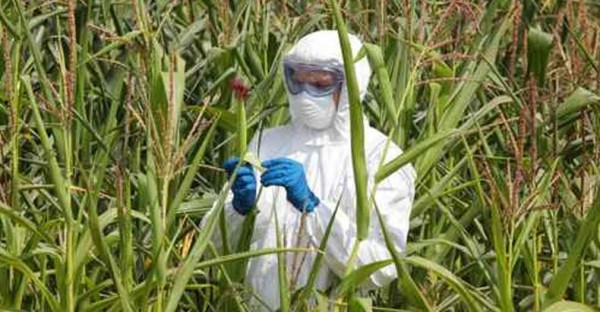 (FTP)Waimea, HI – Doctors are sounding the alarm after noticing a disturbing trend happening in Waimea, on the island of Kauai, Hawaii. Over the past five years, the number of severe heart malformations has risen to more than ten times the national rate, according to an analysis by local physicians.

Pediatrician Carla Nelson, after seeing four of these defects in three years, is extremely concerned with the severe health anomalies manifesting in the local population.

Nelson, as well as a number of other local doctors, find themselves at the center of a growing controversy about whether the substantial increase in severe illness and birth defects in Waimea stem from the main cash crop on four of the six islands, genetically modified corn, which has been altered to resist pesticide.

According to a report in The Guardian:

In Kauai, chemical companies Dow, BASF, Syngenta and DuPont spray 17 times more pesticide per acre (mostly herbicides, along with insecticides and fungicides) than on ordinary cornfields in the US mainland, according to the most detailed study of the sector, by the Center for Food Safety.
That’s because they are precisely testing the strain’s resistance to herbicides that kill other plants. About a fourth of the total are called Restricted Use Pesticides because of their harmfulness. Just in Kauai, 18 tons – mostly atrazine, paraquat (both banned in Europe) and chlorpyrifos – were applied in 2012. The World Health Organization this year announced that glyphosate, sold as Roundup, the most common of the non-restricted herbicides, is “probably carcinogenic in humans”.
Waimea is a small town that lies directly downhill from the 12,000 acres of GMO test fields leased mainly from the state. Spraying takes place often, sometimes every couple of days. Residents have complained that when the wind blows downhill from the fields, the chemicals have caused headaches, vomiting, and stinging eyes.

“Your eyes and lungs hurt, you feel dizzy and nauseous. It’s awful,” local middle school special education teacher Howard Hurst told the Guardian. “Here, 10% of the students get special-ed services, but the state average is 6.3%,” he says. “It’s hard to think the pesticides don’t play a role.”

To add insult to injury, Dow AgraSciences’ main lobbyist in Honolulu, until recently, actually ran the main hospital in town. Although only 1,700ft away from a Syngenta field, the hospital has never done any research into the effects of pesticides on its patients.

Hawaiians have attempted to reign in the industrial chemical/farming machine on four separate occasions over the past two years. On August 9 an estimated 10,000 people marched through Honolulu’s main tourist district to protest the collusion of big business and state putting profits over citizens’ health.

“The turnout and the number of groups marching showed how many people are very frustrated with the situation,” native Hawaiian activist Walter Ritte said.

Hawaiians have also attempted to use a ballot initiative to force a moratorium on the planting of GMO crops, according to The Guardian:
In Maui County, which includes the islands of Maui and Molokai, both with large GMO corn fields, a group of residents calling themselves the Shaka Movement sidestepped the company-friendly council and launched a ballot initiative that called for a moratorium on all GMO farming until a full environmental impact statement is completed there.
The companies, primarily Monsanto, spent $7.2m on the campaign ($327.95 per “no” vote, reported to be the most expensive political campaign in Hawaii history) and still lost.
Again, they sued in federal court, and, a judge found that the Maui County initiative was preempted by federal law. Those rulings are also being appealed.
Even amidst strong public pressure, the chemical companies that grow the GMO corn have continued to refuse to disclose the chemicals they are using, as well as the specific amounts of each chemical being used. The industry and its political cronies have continually insisted that pesticides are safe.

“We have not seen any credible source of statistical health information to support the claims,” said Bennette Misalucha, executive director of Hawaii Crop Improvement Association in a written statement distributed by a publicist.

Nelson pointed out that American Academy of Pediatrics’ report, Pesticide Exposure in Children, found “an association between pesticides and adverse birth outcomes, including physical birth defects,” going on to note that local schools have twice been evacuated and kids sent to the hospital due to pesticide drift. “It’s hard to treat a child when you don’t know which chemical he’s been exposed to.”

Sidney Johnson, a pediatric surgeon at the Kapiolani Medical Center for Women and Children who oversees all children born in Hawaii with major birth defects says he’s noticed that the number of babies born here with their abdominal organs outside. This is a rare condition known as gastroschisis and has grown from three a year in the 1980s to about a dozen now, according to The Guardian.

Johnson and a team of medical students have been studying hospital records to determine if any of the parents of the infants with gastroschisis were residing near fields that were undergoing spraying during conception and early pregnancy.

“We have cleanest water and air in the world,” Johnson said. “You kind of wonder why this wasn’t done before,” he says. “Data from other states show there might be a link, and Hawaii might be the best place to prove it.”

It was recently revealed that these chemical companies, unlike farmers, are allowed to operate under an antiquated decades-old Environmental Protection Agency permit. This permit was grandfathered in from the days of sugar plantations when the amounts and toxicities were significantly lower, and which allowed for toxic chemicals to be discharged into water. Tellingly the state of Hawaii has asked for a federal exemption to allow these companies to continue to not comply with modern standards.

The ominous reality of collusion between these mega-corporations and the political class in Hawaii has seemingly left the citizens of the state with virtually no ability to safeguard their children’s health. We tread dangerously close to corporate fascism when profits are put above the health of the people.

Jay Syrmopoulos is an investigative journalist, free thinker, researcher, and ardent opponent of authoritarianism. He is currently a graduate student at University of Denver pursuing a masters in Global Affairs. Jay’s work has been published on BenSwann’s Truth in Media, Chris Hedges’s Truth-Out, AlterNet, InfoWars, MintPress News and many other sites. You can follow him on Twitter @sirmetropolis, on Facebook at Sir Metropolis and now on tsu.
Read more at http://thefreethoughtproject.com/hawaii-sees-10-fold-increase-birth-defects-gm-corn-testing-ground/#cL2wKjd4UusKKvO8.99