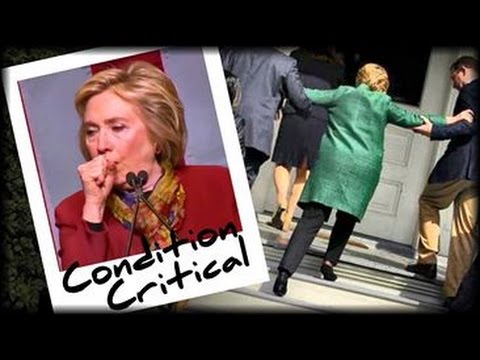 The Huffington Post terminated a contributor late Sunday evening after deleting two articles he had published questioning the health of Hillary Clinton — just days after Dr. Drew was canned from HLN for the same reason.

Earlier on Sunday, David Seaman had published an article titled, “Hillary Clinton’s Health is Superb (Aside From Seizures, Lesions, Adrenaline Pens).” The article was still trending in third place on the front page of the website when it was abruptly deleted.

The article linked to a video by Paul Joseph Watson which has been viewed over 3.5 million times, discussing questions that had been raised by him and popular author Mike Cernovich regarding Clinton’s odd behavior — and her seemingly declining health.

Seaman’s article did not claim to have information regarding Clinton’s health, or make any accusations — but simply covered the questions that people are asking and linked to the viral video.

Following his termination, a visibly shaken Seaman posted a video to YouTube discussing what happened and assuring his viewers that he is not suicidal. He repeatedly asserted that he is not accident prone and does not currently own a vehicle — clearly signaling that should anything happen to him, make sure he is added to the Clinton Body Count.

Seaman also spoke out against the bias and rigged media who is failing to adequately cover the Clinton Foundation and the leaks from the Democratic National Committee.

“It strikes me as absolutely rigged and absolutely corrupt. I don’t agree with everything Trump has said, but we do have a rigged system — we do have a rigged media where truth is not getting out,” Seaman stated in his live video. “If their interest was truth — if their interest was the public interest — they would be talking about this most recent Wikileaks batch until they turn off the lights at night and have to go home.”

“So why aren’t they talking about that?” Seaman asked.

Last week, Dr. Drew’s show on HLN was also cancelled for questioning Clinton’s health. Just like Seaman’s articles on the Huffington Post, the interview with Dr. Drew has been removed from the network’s website.

“When she hit her head, she had to wear these prism glasses when she came out,” Drew had stated.

“That is brain damage, and it’s affecting her balance. Now clearly, it hasn’t affected her cognition, but tell us a little more about that. That’s profound. And then number two, when they screened her for heart disease, again, they did an old-fashioned screen. It just seems like she’s getting care from somebody that she met in Arkansas when she was a kid, and you’ve got to wonder. You’ve got to wonder,” he continued.

When it becomes a dangerous and rebellious act for a journalist to question the health of a major political candidate, there is something terribly wrong.

It remains unclear what is declining faster — the state of journalism or Hillary’s health.