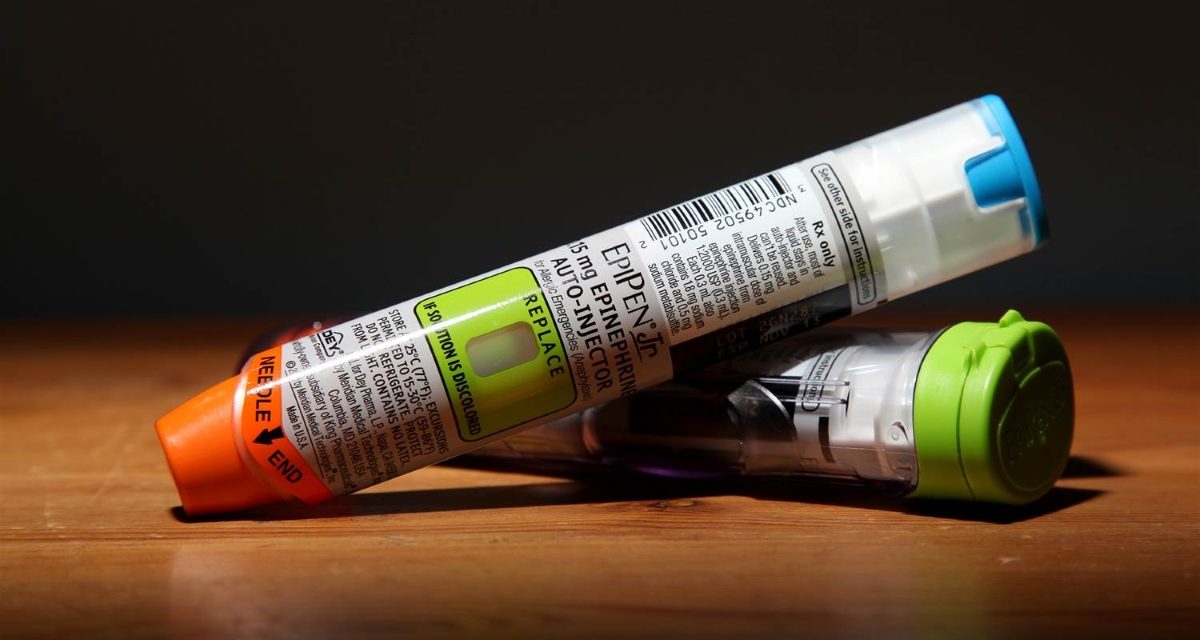 Approximately one out of every 89 Americans are prescribed EpiPen due to severe allergies. Similarly, 1 out of every 251 children under 18 were admitted to hospitals last year due to food allergies alone. Allergy attacks can be resolved by an injection of epinephrine.

Now, a corporation that has donated to the Clinton Foundation has jacked the price up on the EpiPen 471%.

The EpiPen technology was first implemented in the mid-1970’s in a product designed to be used by soldiers exposed to nerve gas – called the Mark 1 NAAK Combo Pen, developed and produced by Survival Technology Inc., a company that had previously been contracted by the Pentagon. It wasn’t until 1996 when the auto-injector pens were available for commercial use, after Survival Technology merged with Brunswick Biomedical and distributed their products through a subsidiary of Merck KGaA, a German pharmaceutical company.

After being distributed for 11 years under Merck, the generic version of the combo-pen had cost only around $50 when, in 2007, Mylan pharmaceuticals purchased the generic drugs division of Germany’s Merck KGaA for $6.7 billion. After acquiring the rights to market the EpiPen, Mylan sold the plastic auto-injector pen for around $57.

After being purchased for $6 billion, the new markup in price may be justified in theory – and former pharmaceutical executive Martin Shkreli has made that case – but it is hard to justify to many. Most damaging is that Mylan has donated a sum between $100,000 and $250,000 to the Clinton Foundation, which is currently under investigation for illegal political bribes.

In 2012, after a 7-year-old died from a peanut allergy, a bill was passed that pressured states to keep EpiPen stocked in their schools. According to Bloomberg, “47 states require or encourage schools to stock the devices”. Mylan spent $1 million in lobbying during 2012, resulting in a bill that practically gave them a monopoly. For the next 3 years, Mylan would go on to spend $6 million in lobbying.

What has all this money spent lobbying achieved? A blind-eye from the government to the fact that no competitor has been able to get an auto-injector epinephrine pen to pass through the FDA, despite quality products. That is the reason why they were able to raise the prices of the medicine 467% within a matter of 9 years without new competition driving the prices down.

Under criticism and public scrutiny for this price increase, Mylan pharmaceuticals released a statement claiming that the price “has changed over time to better reflect the value the product provides”. What does this mean? Why can a parallel product in France be available for $57, but not here?  Is it because the FDA has not approved any other patent, leaving no alternative, and so the only option is the Mylan-made EpiPen, making the cheaply-produced pen valuable enough that people will pay ask as much as you ask? This is a government enforced monopoly , as legitimate competition is prohibited by the government from producing a relatively simple technology that has existed for over 4 decades.

Mylan Chief Operating Officer Heather Bresch has also experienced a change in value. Her salary started off at $2.5 million dollars in 2007, eventually reaching the point to where she made $18 million in compensation during the year of 2015.

When a company is allowed to monopolize an industry that saves lives, and then gouge consumers with abnormally high prices simply because they can without having to worry about competition, then we must question the integrity of not only the company, but the governmental body that is regulating the company’s industry. Multiple patents have been filed for various companies, with not one obtaining approval from the FDA, despite no legitimate concern. Mylan has also sued just about every company that attempted to release a product that rivaled theirs. Now, with corruption being exposed rampantly, the media cannot turn an blind eye to this. When people are spending hundreds of dollars on an item that costs less than seven dollars to make, we are not free. For many of the allergy-inflicted constituents out there, the doubts the FDA had on every patent would probably not concern them more than the prospect of having to work more than two 40-hour work weeks on minimum wage just to pay for a two-pack of Epi-Pen.

So now the question is, how will our representatives respond to this news? Will they do nothing and “let the market settle it,” will they put a limit on profit margins, or will they simply investigate the FDA? Well, it wont be swept under the rug, that is for sure. The pharmaceutical company has basically submitted to the claims that the product was unfairly over-priced, and will now offer a $300 cash back rebate card with every twin-pack purchased at full price – what the uninsured have to pay. This was Mylan’s way of trying to back-peddle without actually lowering the price.

The CEO of Mylan, Ms. Bresch, had sold $5 million dollars worth of her company’s stock in light of the scrutiny that had been cast on her company. If the sky-high price for the drug reflects the value of the drug, Ms. Bresch’s sell-off may reflect the value of the company. The CEO of the company has already anticipated repercussions in regards to her stock’s price, but what will be the repercussions in regards to drug monopolies as a whole? Its your move FDA — and Congress, if the FDA fails to approve another company’s outstanding patent in the near future.