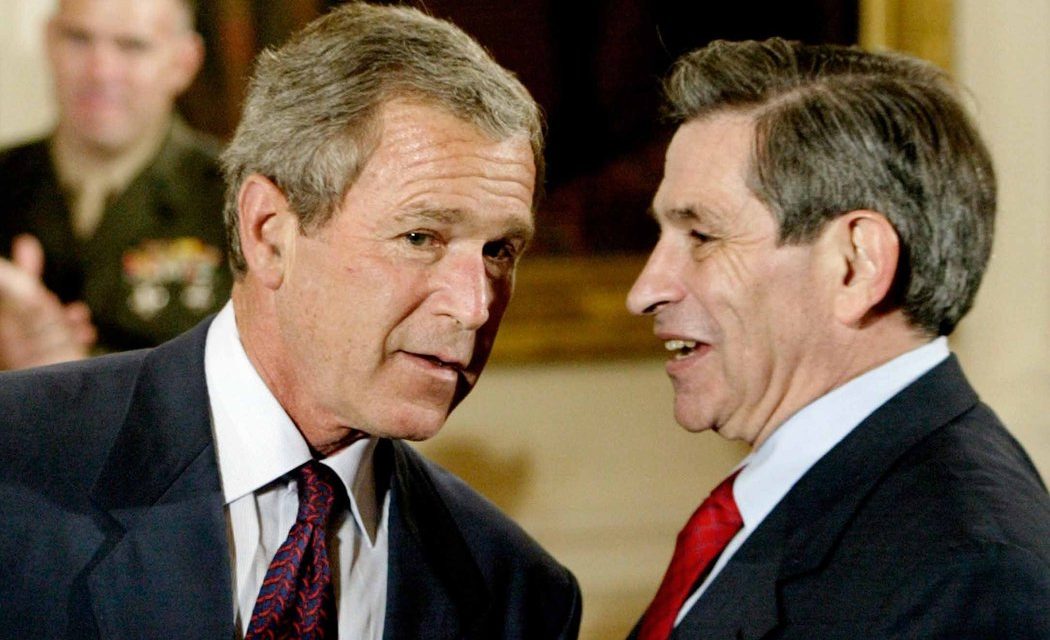 Paul Wolfowitz, an adviser to former President George W. Bush has said that his contempt for Donald Trump is so strong that he will likely vote for Hillary Clinton in November.

During an interview with German magazine Der Spiegel, Wolfowitz said, “I wish there were somebody I could be comfortable voting for. I might have to vote for Hillary Clinton, even though I have big reservations about her.”

Now, Wolfowitz has been referred to as an architect of the Iraq War, because of his eagerness to invade Iraq and overthrow Saddam Hussein after 9/11. After his time as the Deputy Defense Secretary, Wolfowitz went on to become the president of the World Bank, after he was nominated by Bush in 2005.

In the recent interview, Wolfowitz criticized Trump’s statement about U.S. foreign policy in Iraq, saying “Trump says that it is precisely we and our policies that are responsible for the mess in Iraq. But I certainly think it’s important to speak up and say how unacceptable he is. I’m always more than willing to do that.”

Given his past ties to corruption and big banks, it is no surprise that Wolfowitz would support Hillary Clinton, especially when it comes to foreign policy. When Wolfowitz pushed for the overthrow of Saddam Hussein in Iraq, he was participating in a long-standing pattern prevalent in U.S. Foreign Policy. With Clinton as the most likely to push for the overthrow of Syrian President Bashar al-Assad, who is also known as the latest bad guy in the Middle East, it is only right that Wolfowitz support her.

While some might be shocked to see Republicans supporting Democrats, it is just another reminder that U.S. Foreign isn’t built around which party is in office. For the elites, it doesn’t matter whether there’s red or blue in the White House as long as that candidate uses fear-mongering to push for more endless war.