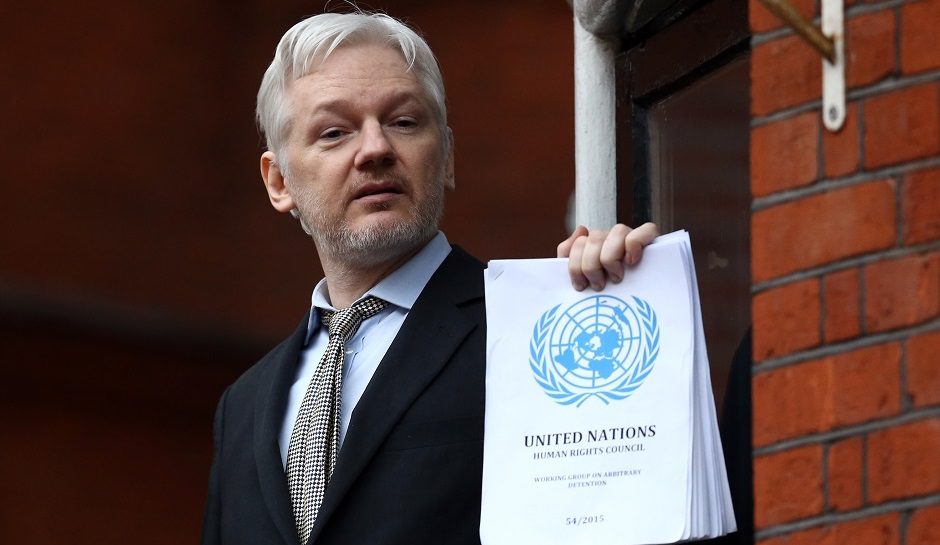 In an interview with Katoikos, Iceland Prime Minister Ögmundur Jónasson said that in June 2011, the Obama administration sent a plane full of FBI agents to frame Julian Assange.

“You are ‘the minister’ who refused to cooperate with the FBI because you suspected their agents on mission in Iceland were of trying to frame Julian Assange. Do you confirm this?,” Katoikos journalist Marta Pacheco asked.

“Yes. What happened was that in June 2011, U.S. authorities made some approaches to us indicating they had knowledge of hackers wanting to destroy software systems in Iceland. I was a minister at the time. They offered help. I was suspicious, well aware that a helping hand might easily become a manipulating hand.

Later in the summer, in August, they sent a planeload of FBI agents to Iceland seeking our cooperation in what I understood as an operation set up to frame Julian Assange and WikiLeaks.

Since they had not been authorized by the Icelandic authorities to carry out police work in Iceland and since a crack-down on WikiLeaks was not on my agenda, to say the least, I ordered that all cooperation with them be promptly terminated and I also made it clear that they should cease all activities in Iceland immediately and that they were to leave the country. They were unable to get permission to operate in Iceland as police agents, but I believe they went to other countries, at least to Denmark. I also made it clear at the time that if I had to take sides with either WikiLeaks or the FBI or CIA, I would have no difficulty in choosing: I would be on the side of WikiLeaks.

If I had to take sides with either WikiLeaks or the FBI or CIA, I would have no difficulty in choosing: I would be on the side of WikiLeaks.”

Jónasson also discussed giving Edward Snowden asylum and protecting future whistleblowers. He said he sees “whistleblowers are a public service,” and that credit it due to Snowden, Chelsa Manning and Assange.

Jónasson was then asked if he thought Iceland could be a “safe haven” for whistleblowers.

“By granting Snowden asylum we would be paying tribute to democracy, to openness and to all the whistle-blowers of the world.”

Jónasson defended Wikileaks, saying that without the organization and Assange, international trade agreements such as TISA, TTIP and CETA would have never been known.

“The stakes are high in these negotiations,” Jónasson said. “This is not just about trade, it is about giving international capital access to the infrastructure of our societies. We are talking about handing over the very heart of democracy.”

“Do you think that whistle-blowers should be protected?” Pacheco asked.

“Yes, I think that it is very important. The role played by whistleblowers could be seen as public service. We owe a lot to Chelsea Manning. We owe a lot to Edward Snowden. We owe a lot to Assange. We owe a lot to WikiLeaks. It’s not only about the Iraqi war and other illegal military aggression and immoral power-political maneuvers, but also the recent international trade agreements TISA, TTIP and CETA.

Who were the people originally giving us insight into these behind-closed-doors negotiations? It was WikiLeaks who revealed what was meant to be secret. The stakes are high in these negotiations. This is not just about trade, it is about giving international capital access to the infrastructure of our societies. We are talking about handing over the very heart of democracy.”

Pacheco then asked what Jónasson thinks about Assange. “I don’t know him personally, although I met him when he came to Iceland,” Jónasson said. “But I look at what he stands for and that is where I side with him; his endeavours to open the secret world of the military and of power-politics.”

When asked about whether the Icelandic Modern Media Initiative resolution be strong enough to protect future whistleblowers, Jónasson said:

“I think this is quite a long way off. It is an idea that has to be developed much further. The good thing about it is that we concentrate on freedoms and democracy, on whistleblowers and on protecting these people. But then of course when it comes to protection of freedom on the Internet there are darker sides as well. We certainly don’t want to be a haven for paedophiles. I do not want to talk this idea down because I see its positive side, namely the protection of whistleblowers. But there are more dimensions to this and we should avoid being naïve on this issue.”

It was revealed earlier this week that Assange was framed by Swedish police. In response, Assange released a statement to Swedish prosecutor Marianne Ny that exonerated him from the rape charge he was accused of.

It is also worth noting that earlier this year, when WikiLeaks began leaking Clinton campaign chair John Podesta’s emails, there was an attempted setup of Assange by a shady company posing as a dating service called “ToddAndClare,” that claimed he was a pedophile.

Internet sleuths on Reddit found that the company shared its address with a private intelligence corporation named Premise Data Corporation. Wikileaks released a press release calling a story from the DailyKos a “smear campaign plot to falsely accuse Julian Assange of pedophilia.”

Wikileaks later tweeted out a picture of the businesses location a garage door at a warehouse.

Here is the "headquarters" of the front (PAC?) behind the Assange "took US$1M from Russia" plot

Interestingly, Larry Summers, who is connected to the Clinton Campaign, was also on the board of directors of Premise Data Corporation.

This new revelation that Assange was potentially set up by U.S. authorities as far back as in 2011 should come as no surprise to anyone.

We Are Change’s Luke Rudkowski covered the attempted setup of Assange in 2011, and why it should result in President Obama being impeached in this video.