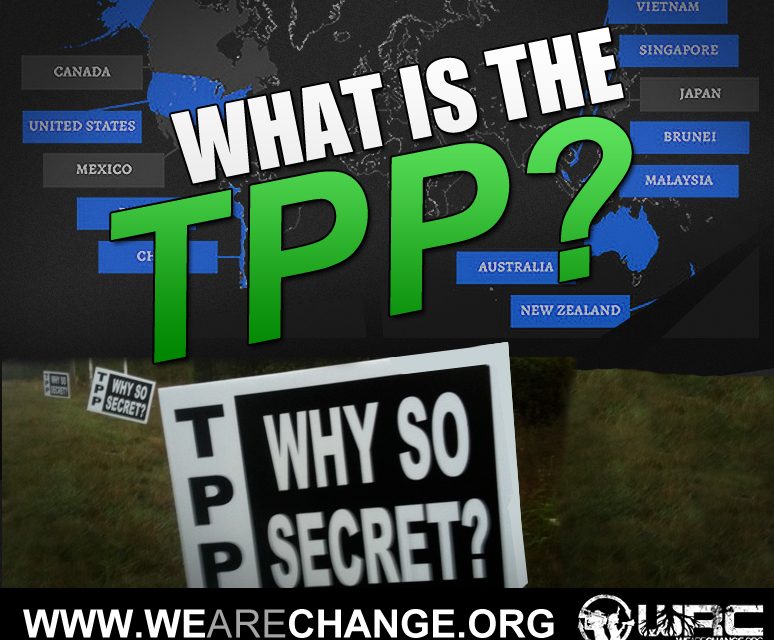 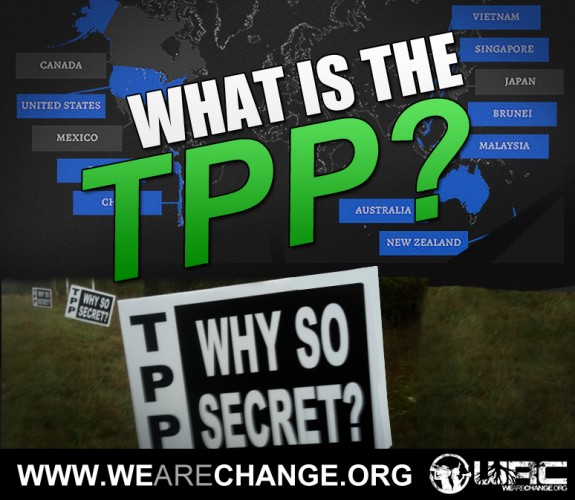 We Are Changers around the world still have a chance to help stop the secret passage of the Trans-Pacific Partnership (TPP).

Yesterday, Wikileaks published a 95-page page excerpt of the TPP’s most recent draft.

All TPP trade negotiations have been kept completely secret from journalists, politicians and the public, while access has been granted to more than 600 corporate lobbyists and unelected government officials involved in the drafting process.

This time around, the Trans-Pacific Partnership looks to exponentially expand its scope more so than any other previous trade agreement.

The newly created courts would allow corporations the right to sue countries for having laws that diminish their bottom line profits and share prices. Corporations would essentially have the power to bankrupt entire nations with billion dollar lawsuits.

If this legislation is fast tracked, the TPP is in clear violation of Article 1 Section 8, the Commerce Clause of the US Constitution. Individuals representing the United States cannot sign off on foreign trade agreements without Congressional approval.

Over 130 members of the House of Representatives have joined Representative Rosa Delauro and Rep. George Miller by signing a letter to United States Trade Representative Ambassador Ron Kirk calling for more additional Congressional input and transparency in the TPP trade negotiations process.

“Provide us with a copy of the confidentiality agreement and an explanation as to what role USTR or other governments played in crafting it.”

The letter addresses the agreement’s increase in scope stating:

“The negotiations USTR is pursuing will create binding policies on future Congresses in numerous areas. These could include those related to labor, patent and copyright, land use, food, agriculture and product standards, natural resources, the environment, professional licensing, state-owned enterprises and government procurement policies, as well as financial, healthcare, energy, telecommunications and other service sector regulations.”

Supporters of the TPP believe this agreement will be the model for future global government agreements such as the upcoming trade agreement between the US and European Union known as the Trans-Atlantic Free Trade Area (TAFTA).

If we can begin to actively put pressure on our representatives, we can stop these this trade agreement before it’s too late.

Congress has the power to stop this from happening, but they will only act if they receive public pressure from individual citizens.

It’s important that we don’t let companies like Monsanto, JPMorgan and Halliburton fast-track this TPP agreement.

For those who are new to this sort of thing, we’ve been able to stop many trade agreements in the past. For instance, it was a citizen protest that disrupted the 1999 World Trade Organization’s negotiations in Seattle.

What You Can Do to Help

Please routinely post on the United State Trade Representative’s Facebook, politely bombard your representatives with phone calls, sign the petition, create your own demonstrations and publish your own content (videos, articles, memes, etc.) about this dangerous trade agreement.

The more awareness we can create around the TPP, the harder it will be for them to keep it secret and out of the public eye.

Success is within reach and with focused intention, we can stop the Trans-Pacific Partnership.

We Are Change Colorado