The Suppression of Water Powered Cars 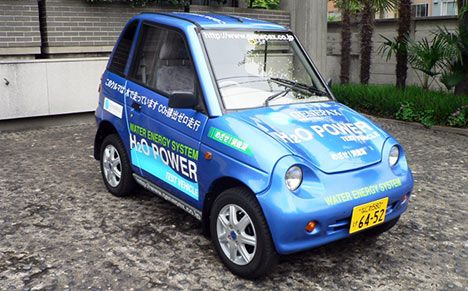 For decades, many inventors have claimed that they’ve discovered what many still believe to be an impossibility – a fully functioning and efficient water powered car.

Stan Meyer, Denny Klein, Steve Ryan and others have all made the claim that they have invented devices, which can run solely on energy derived from a form of water hydrolysis.

These scientists claim that this form of water hydrolysis can produce enough energy to power a car, a house, and even an entire city.

Stanley Meyer’s water fuel cell technology reportedly breaks down water molecules into oxygen and hydrogen. The hydrogen molecule is then burned to create energy for the car; a process which ultimately reconstitutes back into water.

If this is indeed possible to do, then where are all these inventors today and why haven’t they been able to release this technology to the masses?

Readers know the answer to this question.

Inventor Stan Meyer died suddenly in 1998 shortly after dining at a restaurant with two Belgian investors. Meyer’s last words after running outside the restaurant were: “They poisoned me.”

After being confronted by the U.S. military, inventor Denny Klein’s company, currently named Hydrogen Technology Applications, was bought out and is now being operated under Chairman Kenneth R. Curley, a retired military officer. The company now claims that water-power can only add a “21% increase in fuel economy.”

In 2008, a Japanese company called Genepax unveiled their water powered car. A year later, the company was shut down claiming they were out of money.

Many mainstream media writers have also deemed water power to be inefficient and impractical.

According to Popular Mechanics‘ Mike Allen: “It takes exactly the same amount of energy to pry those hydrogen and oxygen atoms apart inside the electrolysis cell as you get back when they recombine inside the fuel cell.”

Popular Mechanics, is owned by the Hearst Corporation which is heavily connected to the Council on Foreign Relations.

ExxonMobil, Chevron, and Hess Oil are three of the founding members of the Council on Foreign Relations.

With coincidence should come further investigation into why exactly a water-fuelled car is being suppressed from the public.

Should inexpensive water-power exist, these oil companies would be set to lose billions.

What do you think ? Do you think it’s possible they are suppressing this technology? Let us know in the comments section below.