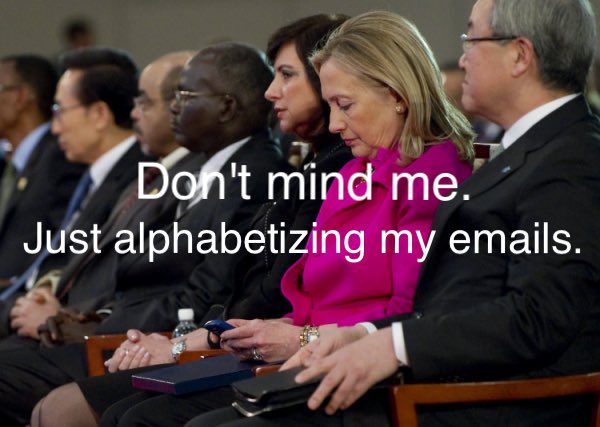 In the July interview with the FBI, Hillary Clinton told investigators that she could not remember having “any briefing or training” on how to handle classified material — and thought that the “C” (for classified) markings were just there to put paragraphs in alphabetical order. 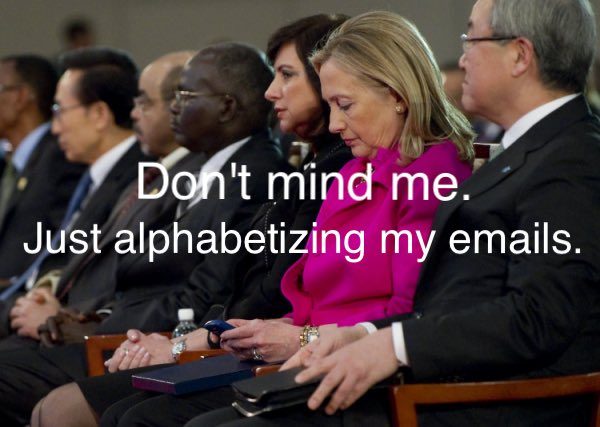 In the heavily redacted interview summary released by the FBI on Friday, Clinton embarrassingly claimed that she had no idea what the (C) markings meant at the start of paragraphs that were meant to be classified.

“When asked what the parenthetical ‘C’ meant before a paragraph … Clinton stated she did not know and could only speculate it was referencing paragraphs marked in alphabetical order,” the FBI wrote.

When asked by the FBI about her knowledge regarding top secret, secret, and confidential classification levels of USG information, Clinton responded that she “did not pay attention to the level of classification and took all classified information seriously.”

Clinton’s personal server was found to have more than 2,000 emails containing classified material — the server which she kept for “convenience” — conveniently allowing her to circumvent avoid Freedom of Information Acts and criminal investigations.

“These documents demonstrate Hillary Clinton’s reckless and downright dangerous handling of classified information during her tenure as secretary of state. They also cast further doubt on the Justice Department’s decision to avoid prosecuting what is a clear violation of the law,” House Speaker Paul Ryan said in a statement.

The notes also state than an individual conveniently deleted Clinton’s email “archive mailbox” using BleachBit in late March, 2015 — three weeks after the House comittee investigating Benghazi asked that all emails be preserved, and subpoenaed any relating to the attack.

“In a follow-up FBI interview on May 3, 2016, —- indicated he believed he had an ‘oh sh-t’ moment and sometime between March 25-31, 2015 deleted the Clinton archive mailbox from the PRN server and used BleachBit to delete the exported .PST files he had created on the server system containing Clinton’s e-mails,” the FBI notes said.

The package of documents truly highlight the incompetence of Clinton and her reckless, carelessness, when handling state secrets.