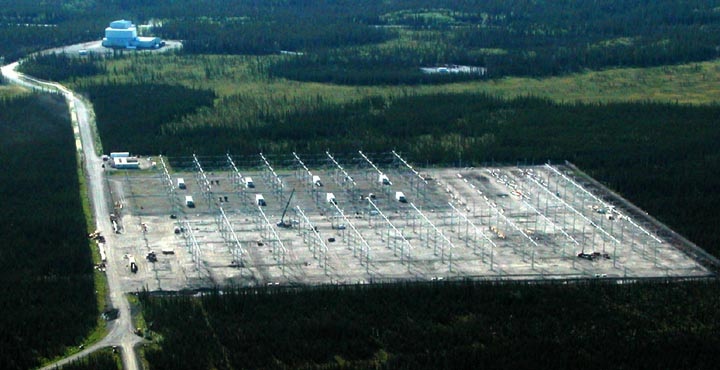 In a shocking statement the Environmental Minister of India, Anil Madhav Dave has claimed that the U.S. field of Antennas commonly known as (HAARP) may be a cause to global warming and dying crops.

The statement comes after the Minister Anil Madhav Dave was asked by an Indian news paper the Rajya Sabha. If the Indian government was aware of HAARP technology capable of devastating the world’s climate resulting in destabilization of agricultural and ecological systems.

“The US has developed a type of weapon called High Frequency Active Auroral Research Programme (HAARP).It strikes the upper atmosphere with a focussed and steerable electromagnetic beam,” Environment Minister Anil Madhav Dave told the Rajya Sabha in a written reply.

Something that William Cohen ex Secretary of Defense has said before in a keynote in 1977.

“Others are engaging even in an eco- type of terrorism whereby they can alter the climate, set off earthquakes, volcanoes remotely through the use of electromagnetic waves.
So there are plenty of ingenious minds out there that are at work finding ways in which they can wreak terror upon other Nations.
It’s real, and that’s the reason why we have to intensify our efforts. That’s why this is so important.”
~Secretary of Defense William Cohen

HAARP isn’t just a field of antennas those antennas are transmitting frequencies heating the atmosphere.

Scientist have already previously found proof of heating of the atmosphere prior to two major Earthquakes the first is Haiti which Venezuelan President Hugo Chavez has previously accused the U.S. of using HAARP on Haiti.

A Space craft saw a dramatic increase in ULF radio-waves for a month prior to the Haiti Earthquake.

“Haiti’s worst quake in two centuries hit south of the capital Port-au-Prince, wrecking the presidential palace, UN HQ and other buildings” according to the BBC.

These weapons are Direct Energy Weapons they work through manipulation of frequency and atoms heating the atmosphere like a microwave as Donald Rumsfeld has said prior. The scientist whose name is most associated with the creation and development of HAARP is Dr. Bernard Eastlund. His name is seen on the first known patent for HAARP in 1987. Dr. Bernard Eastlund’s website is quite revealing that HAARP although stated to be just a science experiment isn’t and is also used for Military purposes.

The HAARP project website states that experiments are conducted which use electromagnetic frequencies to fire pulsed, directed energy beams in order to “temporarily excite a limited area of the ionosphere.”

“HAARP is a scientific endeavor aimed at studying the properties and behavior of the ionosphere, with particular emphasis on being able to understand and use it to enhance communications and surveillance systems for both civilian and defense purposes.”
~HAARP Website

Some scientists believe that purposefully disturbing this sensitive layer could have major and even disastrous consequences. HAARP researchers like Dr. Michel Chossudovsky of the University of Ottawa and Alaska’s Dr. Nick Begich the son of a US Congressman present evidence suggesting that these disturbances can even be used to trigger earthquakes, affect hurricanes, and for weather control. I strongly recommend watching the following documentaries if you want more information on the science behind HAARP. A good article that goes deeper into this is “The Ultimate Weapon of Mass Destruction: “Owning the Weather” for Military Use” written by Global Research. Also see all the patents and documents i just re-dumped again.