INDIGENOUS PEOPLES DID NOT CONSENT TO THE TPP 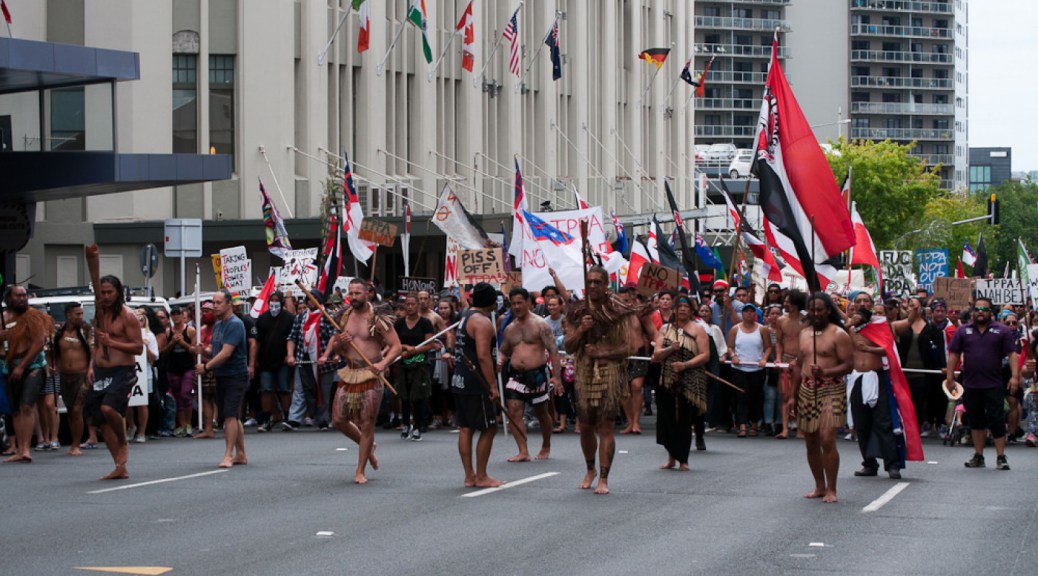 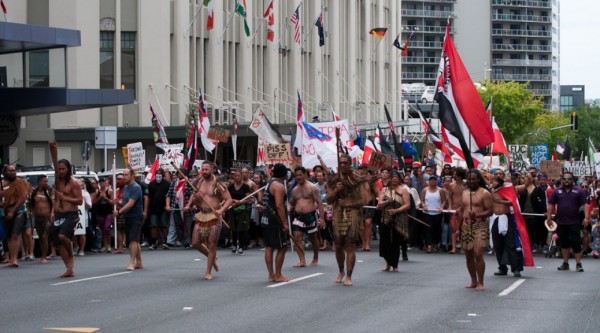 Cultural Survival staff caught up with the United Nations Special Rapporteur on the Rights of Indigenous Peoples, Victoria Tauli-Corpuz, to discuss the trade deal’s implications for Indigenous Peoples in these countries, based on her recent research and report on this topic.

Vicky Tauli-Corpuz explains that the TPP agreement is about liberalizing the trade and investment regime in order to allow for more fluidity when trading among countries. However, she shared her concern that in this agreement investor’s rights may be more protected than the rights of the Indigenous Peoples; the investment clause would trump social and environmental rights, including human rights.

“You cannot have a situation where investor’s rights are more protected than Indigenous rights,” she explained.

Ms. Tauli-Corpuz also used the example of Bolivia, where the government had listened and acted upon Indigenous protests against a Canadian mine on their lands, by attempting to cancel the concession. Bolivia was then sued by the Canadian corporation that owned the mine. The mining corporation won and the Bolivian government was left to pay millions of dollars to the company for lost profits. She noted that most developing countries lose in arbitration with corporations because they simply do not have the lawyers to support them. Corpuz warned, these are the types of situations that occur when investors are prioritized over the local and Indigenous citizens.

The TPP was negotiated in secret, and its text was only released via Wikileaks until it was already negotiated by trade ministers of the respective countries. According to Tauli Corpuz, this secrecy is a violation of Indigenous Peoples right to Free, Prior, Informed Consent on policies that may affect them.

“In situations where Indigenous Peoples have the right to Free, Prior, Informed Consent before any company comes to their community to invest, that kind of right has to be respected and that has to be stated and pursued by the countries who are hosting this investment,” she warned.

She urges for deeper transparency in trade deals like the TPP, so that Indigenous Peoples can be aware of the content of these trade agreements so that they can participate and decide whether or not to consent. In order to achieve this there must be a call to action to create a more participatory negotiation process rather than the exclusive and secretive one that has occurred. If the TPP is passed within each country’s legislature, it would deregulate social standards that are put in place and can take states themselves to court for attempting to protect social conducts such as protecting the rights of Indigenous Peoples.

The Special Rapporteur also recommends that extra attention be made to Exceptions section of the trade agreement. For example, specifically naming FPIC and Indigenous Peoples rights in the stipulations of how the the trade agreement would play out within each country. It is the responsibility of each country to identify and present exceptions so that they can be held accountable during arbitration panels. For example, New Zealand did manage to include an exception in TPP article 29.6 that references the rights of the Maori people, however activists have argued that the wording of the exception allows too many loopholes to provide legitimate protection.

On February 4th, 2016, the TPP was signed by trade ministers of 11 countries, in a formal ceremony in New Zealand. But the deal must still be approved within the legislatures of each country for it to be put in place: The TPP will not come into effect until a requisite number of original signatories ratify the agreement.

Maori leaders in New Zealand held massive protests against the signing ceremony, saying that they do not give their consent to the deal and that the it violates the Treaty of Waitangi and the 1835 Declaration of Independence of New Zealand. Kingi Taurua, a prominent Nga Puhi elder at Waitangi’s Te Tii Marae, has sent a formal notice of veto of the Trans-Pacific Partnership agreement to the embassies and trade departments of its proposed partner countries. They argued that the New Zealand government does not have “due authority” to sign the TPP without the agreement of Maori elders, “which [agreement] has not been given.”

In the United States, the next step is the drafting and consideration of a bill in Congress to implement the agreement, which will also serve as U.S. ratification of the international trade deal. Some anticipate this vote to take place after the 2016 elections in November.

Take Action and contact your congressperson to let them know your opinion of the TPP.
Read more: Fast Track for the Trans-Pacific Partnership: What It Means for Indigenous Peoples