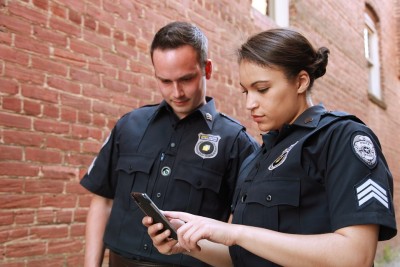 After generations of corruption, the crimes committed by police in the line of duty are finally being exposed, now that most people have the ability to record police encounters with their cellphones. This new development has obviously infuriated police, and cops across the US have made many attempts to prevent themselves from being recorded. However, most states now officially recognize a citizen’s right to film the police.
In Colorado, lawmakers are considering a fine for police officers who attempt to stop people from filming, or who attempt to destroy or delete the recording after the fact. A $15,000 fine is being considered for officers who attempt to violate a person’s rights in this way.
The bill is currently filed as HB 15-1290.
“Primarily, it came up as a result of the number of news reports we’ve been seeing about police officers telling people, ‘Give me your camera,’ or taking the data away, and that is unacceptable conduct,” Rep. Joe Salazar, one of the supporters of the bill, recently told reporters.
“It takes a very special person to be a police officer. We want to honor them, but at the same time, we have a few bad apples who need to be aware that their conduct now has major, major consequences,” he added.
The unfortunate thing about this bill is that the money would go right back to the government.
Meanwhile, there are also states in the US where lawmakers are attempting to pass legislation that will actually ban citizens from filming the police. Late last year, Arizona State Senator John Kavanagh introduced Senate Bill 1054, which would make it effectively illegal to film police. Under the terms of the bill, filming police would only be legal under very specific circumstances, and would require citizens to stop filming if a police officer orders them.
Although the Supreme Court has continued to uphold the right to film police, First Amendment violations seem to be on the increase as cameras become more commonplace. Police chiefs and police unions across the country have been unanimously opposed to citizens filming police, and have blamed YouTube for everything from rising crime rates to terrorism. In fact, police have begun using the term “YouTube effect” to describe the growing mistrust of law enforcement.
However, cameras are simply capturing the reality of police encounters, and showing how officers actually behave when they interact with people.
Read More: http://www.trueactivist.com/colorado-considering-a-15000-fine-for-police-officers-who-violate-recording-rights/?utm_source=fb&utm_medium=fb&utm_campaign=antimedia