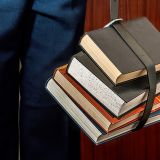 Currently there are about 2.2 million home-educated students in the United States alone and the number of children being home-schooled around the world continues to grow. Home-based education has not only been on the rise in the U.S. but it’s also been growing in countries like Canada, France, South Korea, Thailand, Russia, Mexico, Kenya, Japan, the United Kingdom, and other areas. There are a wide range of individuals engaging in this type of schooling, which was once believed to be reserved only for religious fundamentalists, but there are now a myriad of different families and individuals becoming interested with this individualized method of schooling. From conservatives to libertarians, from low to high income families, both atheists and theists; there are many different reasons why this type of schooling is seen as beneficial to a growing number of people.

Here are some of the most common benefits that are cited for utilizing this method of schooling:
– individualized curriculum for the child
– child can accomplish more academically than in school
– more time spent bonding with child
– enhance family relationships
– safety and concern for health of child (allergy/illness etc)
– to impart a particular set of values, beliefs, worldview to children and youth

Home-schooled students are increasingly being sought-after and accepted by a variety of colleges. And home-educated students also tend to score higher than public-school students on standardized academic achievement tests. One common criticism put forth with the home-schooling method is that the children cannot be “properly socialized,” but research has shown that home-educated children are typically doing above average on measures of social, emotional, and psychological development.

The home-schooled method can consist of everything from private tutors to online courses and more. It is up to the individual at what pace they want to move and how they want to become engaged in the learning process. Education is a personal choice to be made and more families are turning to educate their own children, despite political representatives and propaganda campaigns trying to promote the notion that the child doesn’t belong to the parent and that instead they belong to the community.

There are a varying number of reasons why a parent might choose this method for their child, and why they would prefer to do the educating rather than having the state do the educating for them. Unsurprisingly, with the rise in popularity surrounding alternative schooling methods like home-schooling, there has also been continued criticism fueled by fear and paranoia that this type of schooling “poisons” the mind of the child. But despite the close-minded or misguided criticisms toward home-schooling, the truth remains that more individuals and families are looking toward alternative schooling methods.