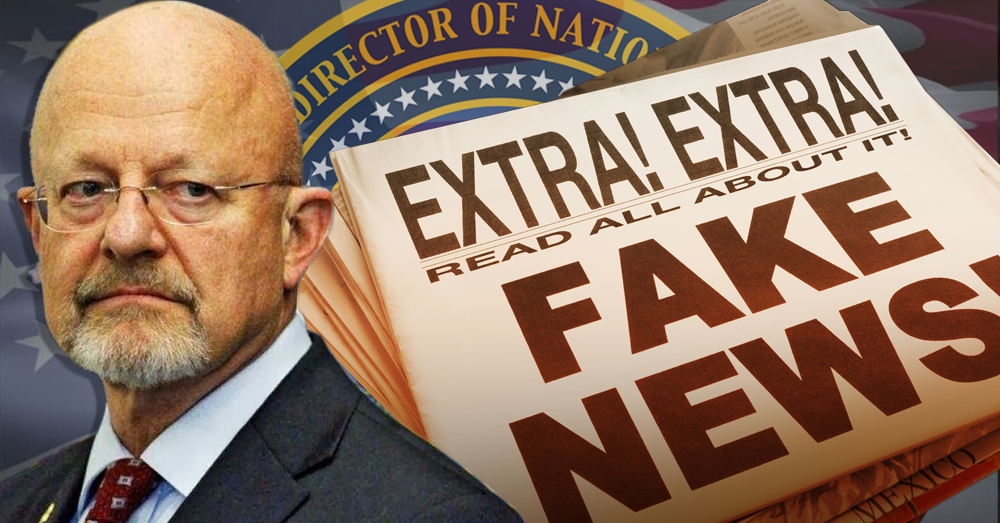 The Office of the Director of National Intelligence released a rare statement Wednesday night, insisting that an anonymous report circulating in the media that claimed Russia has compromising information on President-elect Trump, did not come from the Intelligence Community. 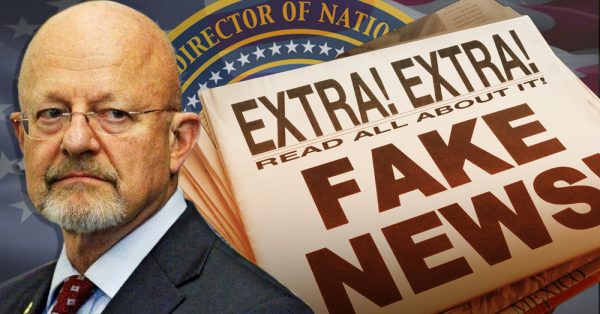 In the statement, James Clapper said he spoke with Trump Wednesday evening specifically on the topic of the “recent media reports,” and how they are “damaging” to national security.

“I expressed my profound dismay at the leaks that have been appearing in the press, and we both agreed that they are extremely corrosive and damaging to our national security,” Clapper said.

While those “leaks” have famously claimed that Russia hacked the servers of DNC officials in order to release information that swayed American voters in favor of Trump, the latest anonymous reports claim Russia has compromising information on Trump.

Mainstream media outlets such as CBS News reported, “Multiple government and intelligence officials tell CBS News that an addendum to the classified intelligence report on Russia’s efforts to interfere in the U.S. electioncontained unverified details of potentially compromising information that Russia has gathered on President-elect Donald Trump.”

CNN also reported on Tuesday that “a two-page summary of the dossier, which contained memos documenting unconfirmed details linking Trump to the Russian government, had been included in a classified report on Russian meddling in domestic political affairs.”

However, Clapper insisted that the reports—specifically the latest anonymous documents regarding Russia’s information on Trump—did not come from the U.S. Intelligence Community.

“We also discussed the private security company document, which was widely circulated in recent months among the media, members of Congress and Congressional staff even before the IC became aware of it. I emphasized that this document is not a U.S. Intelligence Community product and that I do not believe the leaks came from within the IC. The IC has not made any judgment that the information in this document is reliable, and we did not rely upon it in any way for our conclusions. However, part of our obligation is to ensure that policymakers are provided with the fullest possible picture of any matters that might affect national security.”

The latest report on Trump’s ties to Russia is said to have been compiled by a former British Intelligence officer. The Wall Street Journal reported that the author’s name is Christopher Steele, and that he is currently a director of Orbis Business Intelligence Ltd. in London.

However, WSJ also noted that Andrew Wordsworth, co-founder of the investigations firm Raedas in London, said that given his experience with Russia, the memos in the report on Trump were “not convincing at all.”

“It’s just way too good,” Wordsworth said, insisting that there is no way Russian intelligence officials would expose state secrets to a former MI-6 officer. “If the head of the CIA were to declare he got information of this quality, you wouldn’t believe it.”