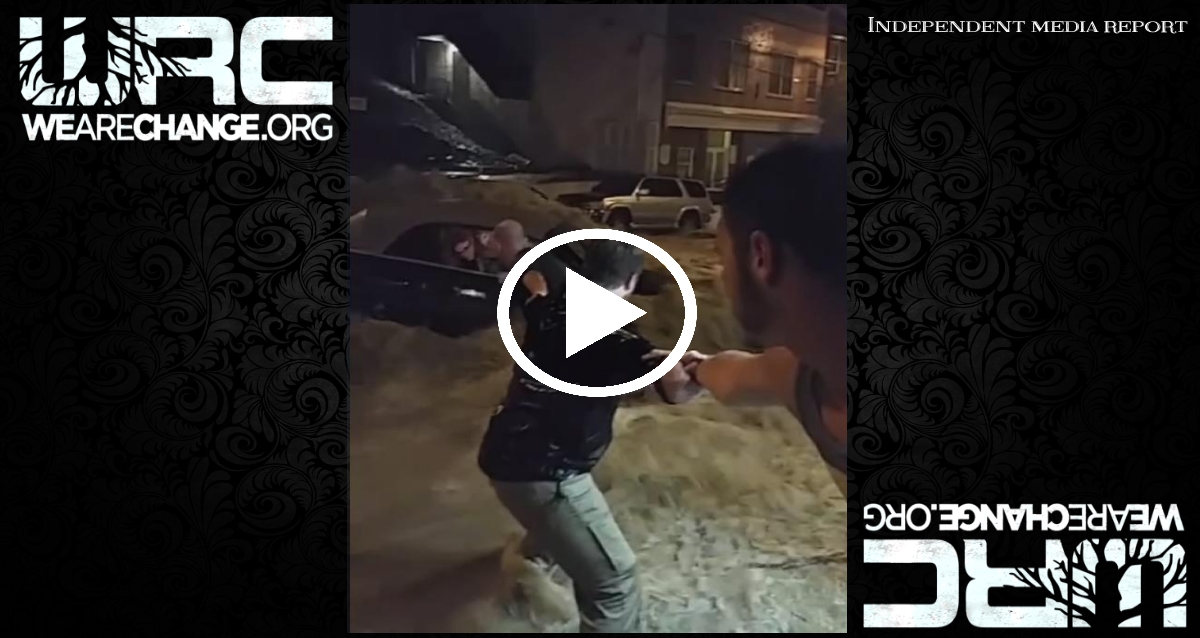 Unbelievable video shot by Dave Arditti during Saturday night’s flash flood in Northern Maryland. Watch as he and several other men rescue a woman from her car floating down Main St right in front of  their family business, Still Life Gallery, located in Ellicott City, MD. at about 8:30pm July 30th. Dave was the one at the top of the human chain holding onto the next man’s hand while filming with the other.

The historic storm struck hardest just north-west of Baltimore County. Very close to home with over 5 inches of rain falling where I live in Salisbury,Md. In other areas thunderstorms dropped 8-9 inches of rain in under 3 hours, resulting in massive flash flooding; “another thousand-year flood.” People from all over the South and South East of America have experienced similar floods recently. A 1.5 °F warmer atmosphere may not sound like much, but it means there’s 6 percent more water overhead, and that is more fuel for extreme summer rains like this one. 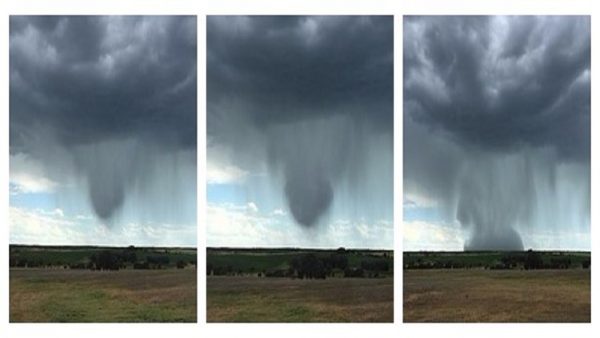 Ever heard of a rain bomb? Also known as a microburst? Nope? Nah, me neither! Rain bombs are a rare weather phenomenon where hot, dry air rises and mixes with heavy rain-bearing clouds. The hot air then evaporates the water droplets in the cloud, causing a swift cooling of the air around them, which starts to sink. The descending cool air pulls the remaining raindrops with it, creating the mother of all downpours.

The massive burst of precipitation sent a wave of floodwaters cascading down the hillsides in the historic downtown area where it turned into a wall of water smashing it’s way through Main Street, sweeping cars, trees, signs all downhill, sending restaurant-goers scurrying for higher ground and carving away the road and sidewalks, leaving behind debris and massive sinkholes.

Two people in cars that were swept away died in the floods, according to officials in Baltimore County, where their bodies were found nearly two miles down the Patapsco River.

Records are not kept for rainfall in Ellicott City specifically, though residents used to moderate flooding events said this one was the worst in recent memory. The last major flood to hit Ellicott City was in 2011, and this one was about 3 feet higher, said Jason Elliott, a hydrologist with the National Weather Service’s Baltimore/Washington forecast office. These extreme rain events are way up over the last 50 years across the Northeast U.S. and the fact that the oceans are the warmest on record is not something to over look. The warmer ocean temperatures are “an obvious factor” according to on air meteorologist Dan Satterfield.

Based on records for a gauge five miles away in Woodstock, there is a less than 0.1 percent chance of such intense rainfall happening in any given year, Elliott said — making this a once-in-1,000-years storm.

“We were in an extremely moist air mass leading up to this, and to some extent, still are,” Elliott said. “Every bit of moisture there was to wring out of the atmosphere after this heat wave we’ve had all came out mainly over that one hour.”

The difference for Ellicott City was that it was caught in an area where, as one storm system moved off to the east, another developed right behind it. Other parts of the region saw a single 30- or 45-minute burst of heavy rain, instead, Elliott said.

The storm also stacks up with record-breaking rainfall events around the region in recent years.

Warming Waters. So far we haven’t seen a significant uptick in hurricanes in the Atlantic basin, but the Pacific (bigger and even warmer) has seen record numbers of extreme category 5 hurricanes and typhoons in recent years. Graphics above: Climate Central.

Conditions may be ripe for a future Tropical Storm Earl, currently aimed at Mexico’s Yucatan.