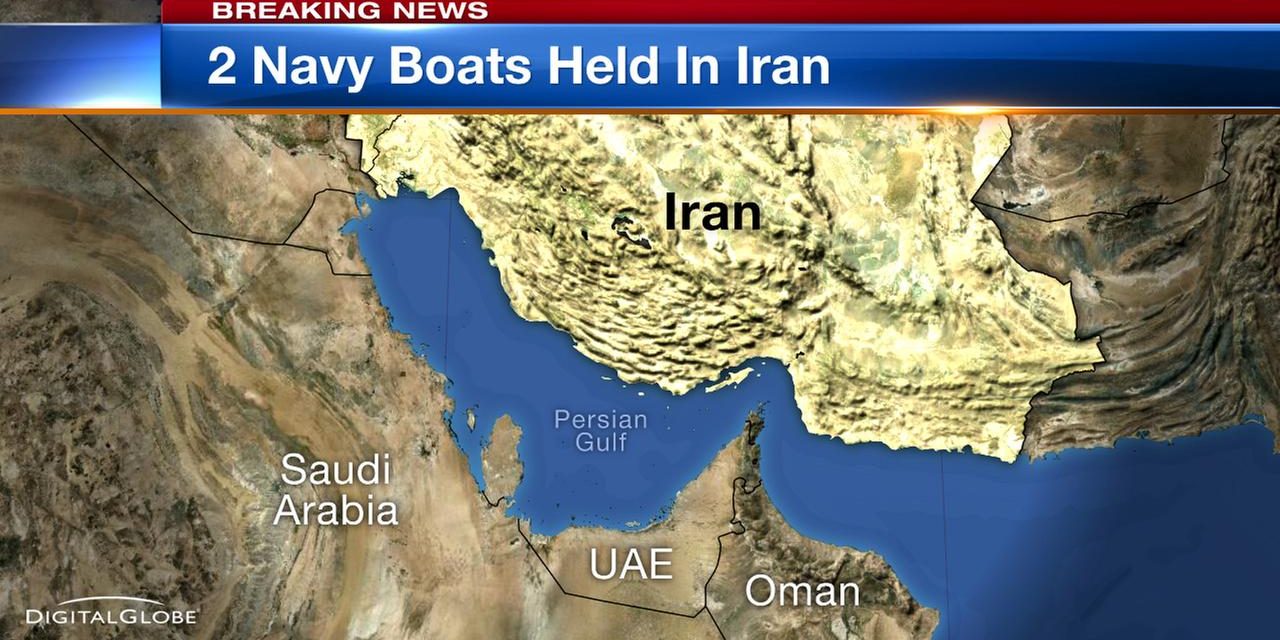 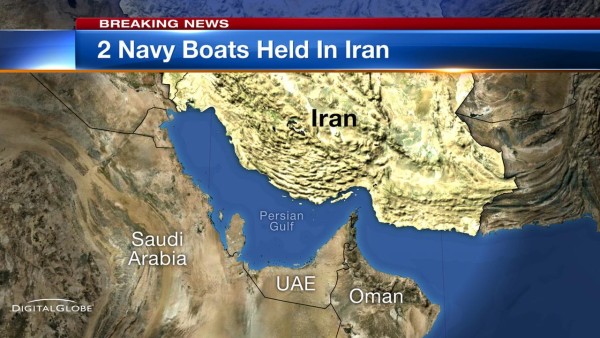 Iran — Two small Navy vessels and their ten crew members are being held by Iranian authorities after reportedly “drifting” into Iran’s territorial waters, according to the Pentagon. Though details are scarce, an unnamed Department of Defense official said the ships had been moving between Kuwait and Bahrain, ostensibly on a training mission, when one experienced mechanical issues and contact was subsequently lost.
How contact was severed is not known, though the Fars news agency claimed the Navy vessels had strayed nearly a mile into Iranian territorial waters in the Persian Gulf, near Farsi Island, stated the New York Times. The Islamic Revolutionary Guards Navy intercepted the ships and confiscated GPS equipment to “prove that the American ships were ‘snooping’ around in Iranian waters.”
Unnamed Pentagon officials claimed contact had been established with Iran, which had given assurances the sailors would be released immediately, though an unnamed “senior military official said he expected the sailors to remain held overnight and be released Wednesday,” reported the New York Times.
“We are aware of circumstances surrounding a patrol in the Persian Gulf,” stated deputy U.S. national security adviser Benjamin J. Rhodes. “We are working to resolve the situation such that, obviously, any U.S. personnel are returned to their normal deployment.”
Pentagon spokesperson Peter Cook told the Associated Press, “We have been in contact with Iran and have received assurances the crew and vessels will be returned promptly.”
But for all the caution displayed by these officials, NBC News military analyst and retired Army Gen. Barry McCaffrey called this seizure of U.S. Navy ships “very bad news,” adding, “We simply can’t allow ground, air, or naval units to be seized by a foreign hostile power.”
This is a rapidly developing situation and will be updated as more information becomes available.