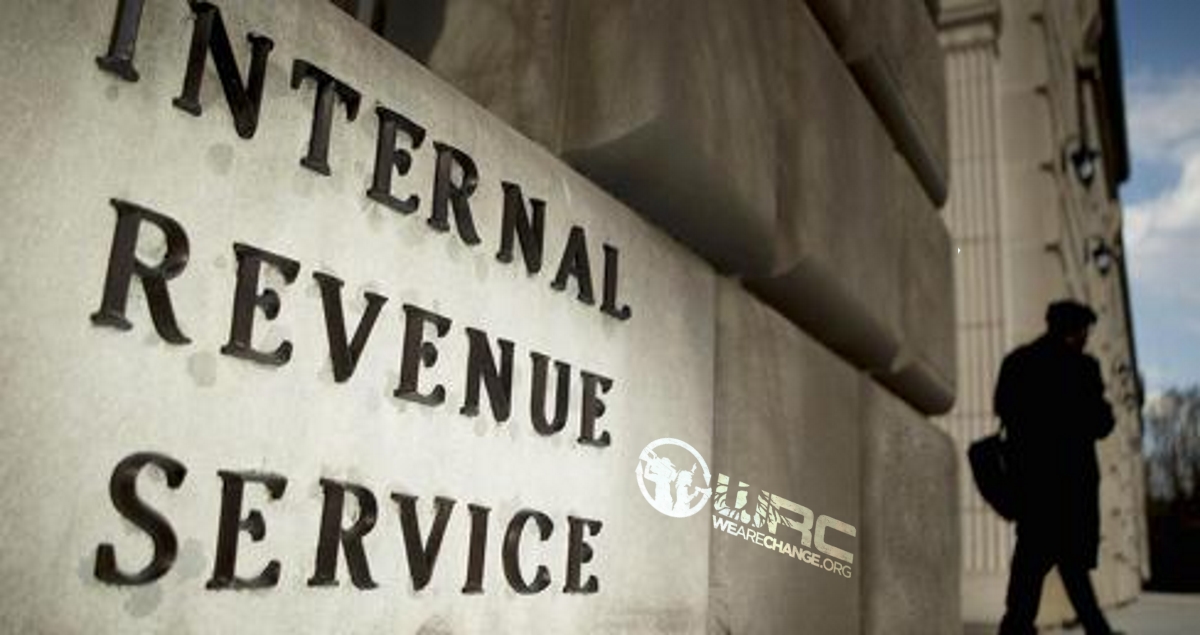 Agency has yet to return funds, continues to harass small business owners

The IRS has seized $43 million from more than 600 individuals by accusing them of violating “structuring” laws even when there has been no evidence of criminal wrongdoing, according to testimony heard at the House Ways and Means Committee today.

In 2012, two armed IRS agents went to the farm of Randy Sowers, a dairy farmer for over three decades, to notify him that the IRS had seized the business’ bank account, which held more than $60,000. The agents told Sowers the IRS had done so because of structuring laws.

When an individual conducts a cash transaction in excess of $10,000, according to federal law, the bank must file a currency transaction report with the Treasury Department. It is unlawful for an individual to break up or “structure” cash deposits into amounts below $10,000 to avoid federal currency reporting.

“At that point, I had never before heard the term ‘structuring,’ and I had no idea that depositing cash in the bank could even potentially be a federal crime,” Sowers said. “Nobody from the bank or the government warned me that under-$10,000 bank deposits could lead to the seizure of our bank account. Indeed, nobody from the government contacted me about our bank deposits until after they seized our bank account.”
“I was shocked that the government would even consider bringing criminal charges when I had done nothing wrong,” Sowers said. “The IRS agents who came to the farm told me that the judge who approved the seizure had given them the authority to take anything up to $243,455—the amount of cash deposited in the account over a period of eight months.”

Robert Johnson, a lawyer working with Sowers who testified at Wednesday’s hearing, filed a petition to the IRS to retrieve the seized money. Ten months have since passed and the government has not responded.

“So-called ‘structuring’ laws criminalize everyday financial transactions that most Americans would never think could be a crime,” explained Johnson, an attorney at the Institute for Justice, a public-interest law firm. “A person who has violated this latter prohibition is said to have impermissible ‘structured’ cash transactions.”

“These laws were intended to target drug dealers and other hardened criminals engaged in money laundering or other criminal activity,” Johnson said. “In practice, however, the IRS has enforced the structuring laws against innocent Americans who have no idea that depositing cash at the bank could possibly get them in trouble with the law.”

While the IRS issued a policy change in February 2015 prohibiting the seizure of funds if no illegal activity took place, it has not returned money that was seized in the past to innocent individuals.

Rep. Peter Roskam (R., Ill.), chair of the Ways and Means Committee, brought up the example of Andrew Clyde, a business owner in Georgia, as another victim of structuring laws. Clyde had insurance policies that only protected cash on hand up to $10,000.

“Every time he got close to $10,000, he would deposit his money,” Roskam explained. “Because the IRS thought that looked suspicious they seized the entire bank account—$900,000.”

“They didn’t investigate whether Mr. Clyde was trying to avoid the reporting requirement before they took his savings,” Roskam said. “After they seized the money and he explained the insurance policy to them, the IRS didn’t give the money back.”

After issuing a Freedom of Information Act request to the IRS, the Institute for Justice found 618 cases from 2007 to 2013 where the IRS seized funds without evidence of underlying criminal wrongdoing. When the Institute for Justice requested more information about these cases, the IRS said the group would have to pay a quarter million dollar fee because the request fell into the category of “commercial use.”

According to Johnson, the IRS is still harassing small business owners because of their bank deposits despite the 2015 rule change.

“Shockingly, when the IRS engages in such tactics, it can use the money that it takes to pad its own budget,” Johnson said. “When the IRS uses civil forfeiture to take money for structuring violations, the money is deposited in the Treasury Forfeiture Fund.”

“In other words, the money that the IRS takes from hardworking Americans can be put back to work to seize money from additional Americans,” he said.

IRS Commissioner John Koskinen apologized to those whose money was wrongly seized because of structuring laws.

“About a year and a half ago, we changed our policy in this area and make it clear that even though structuring still remains on the books, if you have structured your deposits in a way that avoids the reporting requirements, but it’s not with illegal source funding, as of a year ago there are no more seizures by the IRS and I think that’s important to know that we’ve reached out to do that,” IRS Commissioner John Koskinen said.

“We apologize to anybody who innocently got themselves in the middle of this and committed we would do whatever we could to work this forward,” he said.